Bleszinski: Well, the reason why I gravitated towards Fortnite before I left Epic was because that was Epic’s attempt to experiment with a lot of those things. I don’t want to show their cards in regards to what their plans are, but it would be a safe assumption to think that Epic is looking to do more in that space, just as everyone is.

The kind of model that I currently find most appealing: I look at a game like Hawken. There’s no real single-player component, which I personally think is a mistake for a sci-fi [intellectual property], but at the same time, it’s a handful of guys. It’s free-to-play, which is a ballsy move, but with the right backing it’d be a great example of a core game that exists in this new world order of free to play. Your League of Legends types of games.

I know some iPhone developers who make some pretty cool games. I’m not going to name them because then I’m going to sound like I’m giving them crap. But they make these games where you download it, and you play through it once for four or five hours. Then you’re done. My advice to them was, “Guys, make the chess board. Make Hero Academy. Make a game where you can asynchronously play back and forth with your friends.” As Words with Friends and Draw Something and all of those games showed, that’s a great model to go with. The interactions that are compelling are player-to-player interactions as opposed to this scripted thing that costs more money and takes more time and resources to build.

Before I left Epic, that was the movement I was pushing for. I was very public about this with everybody. What’s more important, story or gameplay? It’s the story of the gameplay. You’re giving the player a set of rules and variables and verbs that he can have his own experience come out of as opposed to making a completely linear hallway that has that same bridge collapse because that yields that same YouTube video. Your game should yield lots of awesome YouTube videos.

Look at even Halo multiplayer, with the way that the physics always tend on that. You get that one video of Warthog that flies across the map or the grenade that kills your teammate. It gets millions of views, and that’s free PR, too. Moving forward, the type of game I want to build would not be this super-linear Gears or Uncharted type of campaign game. It would be something that’s much more free-flowing in regards to the number of systems that work together to create new and emergent gameplay. 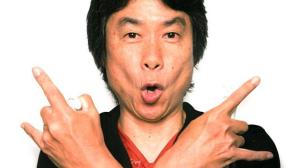 GamesBeat: Just as a theoretical, outrageous option, let’s say a dream developer said, “Hey, I want you to work for me.” You’d be an assistant to someone like Mario creator Shigeru Miyamoto. At this point in your career, would that be an option for you?

Bleszinski: Not really. Here’s the thing. One of the reasons I wasn’t as happy as I always was at Epic in the last few years was because I was promoted to the position of design director, which meant that I wasn’t just responsible for Gears. I was responsible for all of the fun across all of the projects, which was fun for my ADD mentality where I could jump from project to project. But at the end of the day, I wasn’t the guy people would go to with things like, “What should we name this character?” or “I have a gun that shoots potatoes; do you think that would be cool?” or “Hey, how about one that shoots lasers that destroys that and turns it into mashed potatoes?”

I wouldn’t want to be going back to that intern-y type thing. You look at a guy like [Irrational Games creative director] Ken Levine. I think he has that good balance that I would find appealing. He’s also president of the company. It’s debatable whether or not that’s a responsibility that I would personally want. But everybody knows that it’s Ken’s baby. It’s the team’s game as well, but the buck stops with him. That’s the kind of position I would like to get back to.

Epic, like any studio, strikes a balance, having to hit the sweet spot between how much the project is driven by a visionary and how much the project is driven by the team. Creatively, I allowed Gears to get a little bit away from me towards the end. It allowed a lot of talented people to rise and do great stuff. With [former Gears of War executive producer] Rod [Fergusson] and I being gone, they’re going to have to especially rise to the challenge. I think they’ll be fine. But at the same time, I missed being that creative visionary.

The thing is, you also need trust. A lot of the ideas I would pitch would be very well-received at the studio, but the studio got to the point where there were 150 people. No matter what idea I would pitch to the entire company, inevitably I would get 10 people that hated it. I call it the “Talking Dog Thumbs-Down Syndrome.” You remember that video on YouTube last year about the maple bacon and all that?

Bleszinski: Basically, there’s this video on YouTube by these people who would overdub a dog. This guy’s saying to the dog, “Hey, I made some food,” and the dog says, “Yeah, what kind of food?” He says, “The one with the bacon,” and the dog goes, “The maple bacon?” It had like a quarter-billion views or something like that. It was hilarious. It had about six thousand thumbs up. But still, it has maybe a thousand thumbs down. And you’re like, “What could you possibly not like about this?”

I could pitch any comic book or Hollywood movie idea, and if it was done poorly, you could completely shoot it down. Look at the recent Judge Dredd movie. It didn’t have commercial success, but it had a lot of critical success. It was supposed to be amazing. That was a good example of doing Dredd well whereas the Stallone one was doing Dredd poorly. People forget that Hollywood made a lot of bad, shitty comic book movies before they nailed that formula.

You compare [Joel] Schumacher’s to [Christopher] Nolan’s Batman, right? It’s night and day. Because the source material for Batman is quite ridiculous when you boil it down. Imagine I walk into any game development studio and I pitch them, “OK, we have this billionaire, his parents were killed, he fights this crazy Joker guy, and uses all this hardware to become a bat, and he doesn’t kill anybody, he just beats them up.” You’d be like, “Get out of here. That sounds weak.” Then, of course, Rocksteady comes along and makes an amazing game out of it. Nolan makes it fresh and relevant again. It’s always in the execution. The idea is only a part of it.