The previous episode of developer Dontnod’s time-winding adventure game Life Is Strange left us on a bit of a downer. The one before that did, too, because I am clearly not cut out for suicide prevention.

Dark Room, the fourth installment, is out now for PlayStation 4 (which I reviewed), Xbox One, PlayStation 3, Xbox 360, and PC, and it gets the depressing stuff out of the way right up front. And then it sprinkles it across the rest of the episode. And then it gets way worse.

But in a really good way. 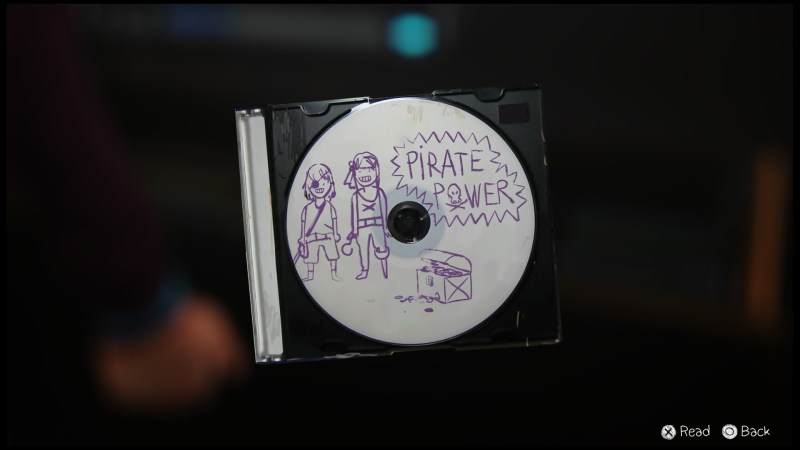 Above: We were pirates once. And young.

The story and gameplay stay interesting all the way through

I had some issues with the pacing in Episode 3, but this entry doesn’t have that problem. It’s not that Dark Room is a nonstop thrill ride full of explosions and car chases, but this penultimate narrative chunk maintains tension and weaves in plot revelations at ideal intervals.

It doesn’t slow down because it can’t; heroine Max and her childhood friend Chloe have a lot to do, and they know that time is running out for them. Max has had time-travel visions of a massive disaster that will destroy the town of Arcadia Bay, and it’s coming soon. But they also have to deal with slightly smaller but serious issues, like Chloe’s missing friend and the constant threat of Nathan Prescott, a spoiled, rich a-hole with a gun. And as soon as the episode begins, Max has the small matter of an alternate reality to deal with.

Dontnod expertly manages all of these various threads, and you’re constantly thinking about the greater threat even while addressing the relatively small matters of kidnapping and death threats. 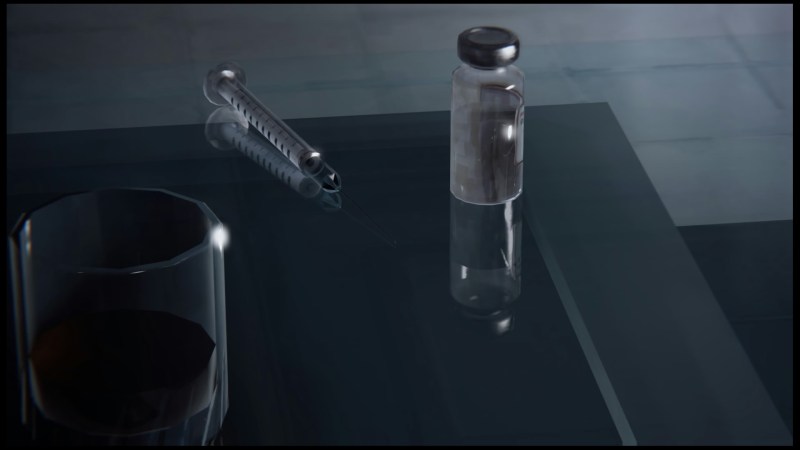 Above: Oh, and forced drug use. That’s also all over this episode.

You will actually like the characters you’re supposed to

I never expected to like Chloe, and around the middle of Episode 2, I decided that I would just have to settle for understanding that Max likes her and leave their friendship as just one of those things I’m not cool enough to understand. It’s kind of like emo rock band Bright Eyes, who happen to be on the soundtrack, and I’m not sure that’s a coincidence.

But I really liked Chloe in this episode, and not just because of the heartbreaking opening sequence in which her alternate-timeline doppelgänger has suffered a paralyzing spinal cord injury. She’s just more focused this time around. She’s less impulsive and selfish than she was in Episode 3, and I finally wanted good things to happen to her.

They don’t, but I wanted them to. That’s the main thing.

I don’t think I’ve mentioned Max’s weirdo-dork love interest, Warren, in previous reviews, but that’s because he annoyed me. He was awkward and overly nerdy, even by my standards, and every time Max received texts from him, I prepared to cringe and often followed through.

But he’s pretty great in this episode because, like Chloe, he stops acting (and talking) like a tool and is actually useful. So this episode left me very confused because I never expected to like any of these people. 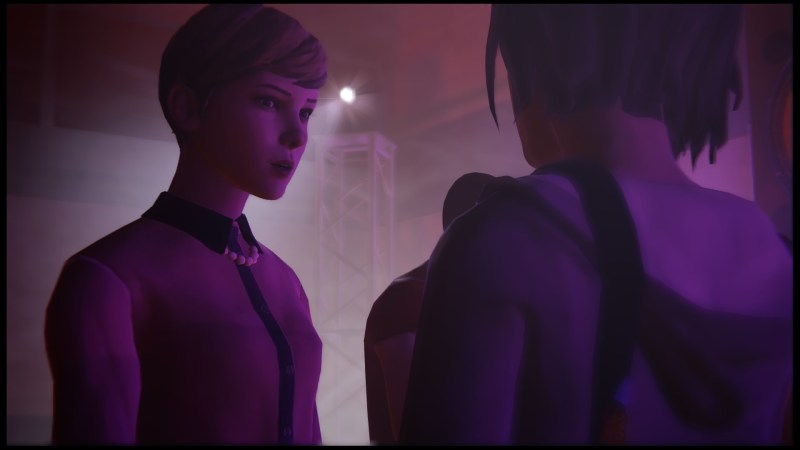 Above: I even managed to muster up some sympathy for Victoria, Queen of all Mean Girls.

It will punch your feels right in the guts. Repeatedly.

I don’t mind telling you that I spent most of the first part of Dark Room with something in my eye. It was bleak and upsetting, and then it presented me with a decision that made me have to stop and play Alphabear so that I could remember that happiness exists.

Because things are headed toward the end, everything feels more dire and immediate. And Max and Chloe have to make progress in their Scooby Doo-style investigation, which means that in this episode, they start to uncover unpleasant truths. And I mean “unpleasant” in the way that you might also say that learning about ring avulsion is unpleasant.

Don’t look that phrase up, please. Just know that it relates to traumatic finger injury.

This is the most emotional episode yet, and it gets a little exhausting. By the end, I was wishing that anyone in this damned story could catch a freaking break, and while I am looking forward to the conclusion to see how it all pans out, this installment left me pretty exhausted. And that’s a pretty impressive accomplishment for a game this twee. 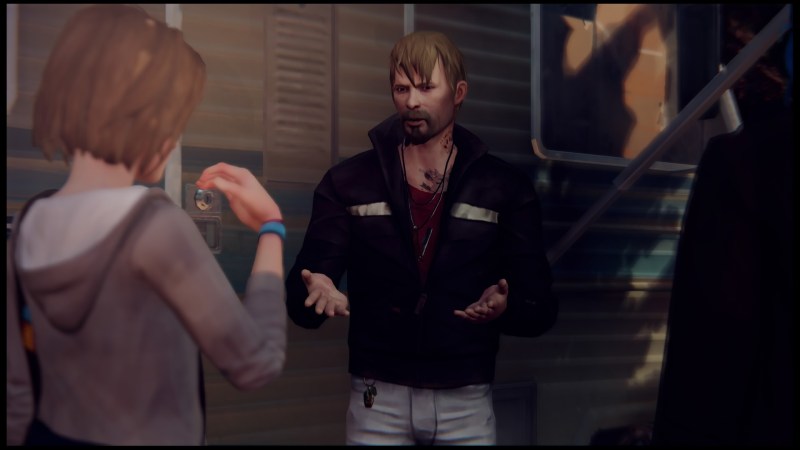 Above: Screw you, Frank. You’re difficult.

I took issue with the last chapter’s sparse use of Max’s time-rewinding abilities, and it doesn’t see much use in this one, either. And that’s mostly fine, because so much other interesting stuff is going on.

But the scene in which you use it the most really got on my nerves.

It’s a dialogue scene with one of Life Is Strange’s most volatile characters, and you have a bunch of opportunities to completely fail the conversation. Did you pick one dialogue option, and then Max said something unexpected and piss the guy off? Rewind. Did you forget to do something at the beginning of the scene that makes things way worse later? Rewind. Did Chloe make things worse, even though you specifically asked her not to? Rewind. Did you kind of succeed, but it wasn’t the best possible ending? Rewind that shit (if you’re me).

I eventually got a resolution that I liked, but it took maybe five tries of weird surprises and dumb menu-choice luck because of all the variables that go into what happens. It’s impressive from a game-design standpoint, but I didn’t really have time to appreciate that because I was too busy starting the whole scene over.

In fact, this is the main use of the power in the chapter. You use it during a couple very minor puzzles, but it isn’t as prevalent or cleverly executed as it is in the earlier episodes. And maybe that’s better than using it to death, but I’m really hoping to see some clever and meaningful applications in the finale.

Dark Room doesn’t give you much room to complain, unless you hate things that make you have feelings. It’s the best-paced, most emotional entry yet, and it handles its super-serious subject matter with skill and maturity. This is the chapter we’ve been waiting to play since the beginning.

Life Is Strange, Episode 4: Dark Room is out now for PlayStation 4, Xbox One, PlayStation 3, Xbox 360, and PC. The developer provided GamesBeat with a free PlayStation 4 download code for this review.