Linden Lab has been around forever, and Ebbe Altberg, the new chief executive of the publisher of the Second Life virtual world, has a tough task ahead of him. The company is in the middle of pivoting away from its last pivot. It is doing so by doubling down on Second Life and its next-generation experience, as well as the Blocksworld creativity app. All of its other properties are either being shut down or sold off.

Altberg decided that it was best for Linden Lab to use its resources to re-invest in Second Life and to focus on making its next-generation virtual world. The other apps were aimed at extending the creativity expressed by fans of Second Life beyond the virtual world to the mobile world. But none of them except Blocksworld had both the traction, talent, and resources to really hit a growth curve. Altberg’s teams have been exploring virtual reality goggles, such as the Oculus Rift, to view the worlds that the company is creating. Second Life is still enormously successful, Altberg said, but it was originally launched in 2003, and now he wants to expand its appeal through new technologies.

We recently sat down with Altberg for an interview, where he showed us a demo of Second Life working with the Oculus Rift. That’s just a taste of things to come, he said. Here’s an edited transcript of our conversation. 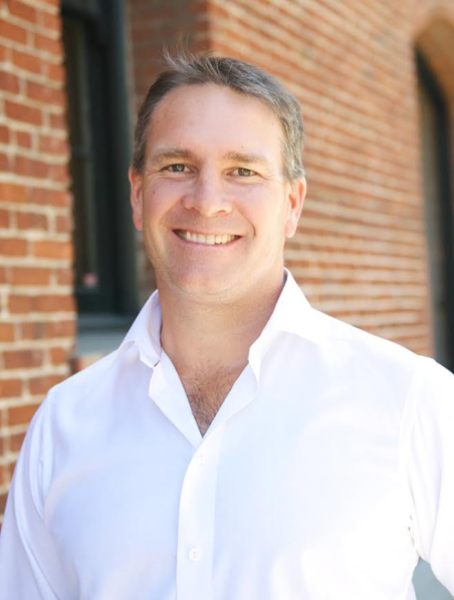 GamesBeat: So what have you done since starting at Linden Lab?

Ebbe Altberg: I came on board in February. Since then we’ve changed our focus. Some products that you wrote about in the past we’ve since discontinued to focus on a few things. We were starting to spread ourselves thin, I thought. We’ve already announced all this. There’s no news here. But Dio, Creatorverse, Versu, Patterns — all been discontinued work on those. Either giving them back to the original creators with some terms or just stopping them entirely [editor’s note: Linden Lab also recently sold off digital-distribution service Desura].

We’re focusing our energies on continuing to improve Second Life. We have a lot of good updates coming related to features and capabilities and enabling creators to do more interesting experiences but also just basic walking, attacking further improved performance. We have some things coming soon. … I hope our users will notice a significant performance improvement.

We’re also very excited about Blocksworld. I don’t know if you’ve had a chance to check that out before, but it’s a small up-and-comer. It’s one of the portfolio of non-Second Life products that we decided to stick with. We liked the user experience, the ease of creation, and the audience it targets: a much younger demographic than Second Life. Also, right now, it’s iPad only. It gets us into a lot of experience dealing with a younger audience. … You need to think about ease of use and simplicity but still enable them to create really powerful things, as well as working with the new medium of mobile. We’ve had good progress with this product. It’s still early, but we have good traction. The kids love it.

What will be our biggest effort for years to come is the next generation virtual world from the ground up. “Virtual world” might be a loaded term. We might want to chat more about what a virtual world means. But ultimately, Second Life and this next-generation product are platforms that allow creators to create awesome virtual experiences for a lot of different use cases. I’m not sure how up to date you are on Second Life, but the use cases in Second Life are extremely broad and fascinating, from education to health to role-playing to games and entertainment and all things in between.

GamesBeat: How did the brand new project get started? Is that a long time coming now?

Altberg: There’s been, I would say, a couple of guys that had started some of the deep, deep plumbing maybe a year ago or something like that. There [were] just a couple of guys, though, working on the deep networking stack for, ultimately, a highly [performing] multi-user hosted virtual world experience. But we didn’t really start in earnest with a lot of people piling on. We had these resources coming from us stopping a lot of projects and also subtracting how many people we had working on new features for Second Life and rerouted all these people to work on the next generation. That’s probably been in flow now for almost five months. I think this Friday will be the conclusion of the fifth month.

We’ve also had a push on hiring. We’ve hired several engineers, and we’re probably going to hire another 30 or 40. We’re 190 people so far. Since I came on board, it’s been fairly flat, but since we stopped five or six products, there was some obvious turnover as far as the type of skill sets we need. We’ve hired to focus on the future, and so, we’re basically flat, even though there’s been quite a bit of changes in the type of personnel we need to do what we’re about to do. We’ll start growing from 190 toward 200 and 210 and 220 over the next few quarters. 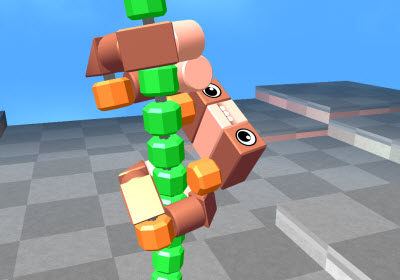 Above: A screenshot from Blocksworld.

GamesBeat: Of those half-dozen things, was it really just the one, Blocksworld, that got traction?

Altberg: When I came on board, Blocksworld was the only thing we could look at and say it had meaningful traction. Blocksworld is quite meaningful. The other products were still too early. You couldn’t fault them for not having traction yet because it was still so early, but we decided we don’t have the time and resources for the things we want to go do and also take the time it takes to let them get traction. I would say some of them may have worked out if we’d stuck with it, but you have to make some tough choices as far as where you focus.

That’s also partly why we made arrangements like we did with Versu. We tried to make sure some of these projects could keep going. With Versu we made a deal with the people who we originally bought it from to take it back. They’re now running with it. We just made some terms that will share some of the future upside.

Some of the things we stopped may still find a way to get traction through a different channel. But I felt it was too many things going on, especially if you want to go build a next generation “virtual world.” That’s a massive undertaking. To at the same time try to make another five or six products succeed, that would be nuts for a company like ours. For a big company it would be nuts, even.

GamesBeat: I remember that Second Life was throwing off enough money to be able to invest in some of these things.

Altberg: Absolutely. Second Life is still going strong. We’re still profitable. I consider Second Life my investor. We love Second Life, and we’re going to do all the work we need to do to make sure Second Life has a long run into the future. But instead of spreading the gains from what Second Life throws us across many things, we decided to focus on a couple of things.