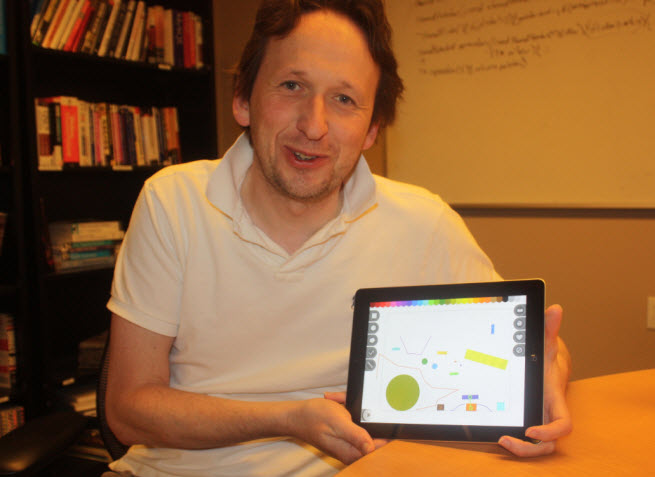 Linden Lab is best known as the creator of Second Life, the virtual world that set off a craze for virtual worlds and survived an era of vast overhyping. But under its new chief executive, Rod Humble (pictured above), the company has done some soul-searching and come up with a new identity. It is now releasing new creativity apps and games that are reaching out for new users beyond the confines of Second Life. 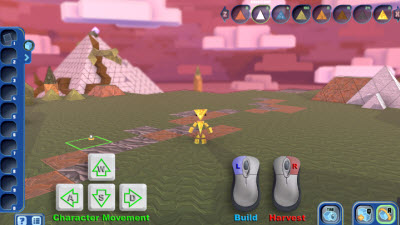 A week ago, the company released Patterns, (pictured right) a 3D digital universe and online game that is kind of a homage to Minecraft but has its own distinct architecture. In an interview with GamesBeat, Humble (pictured above), said that is just the beginning of the creativity pivot for Linden Lab. The San Francisco-based company will release three more apps in the near future that focus on creativity and embrace new platforms such as smartphones and the iPad. Both products are “shared creative spaces,” Humble says.

Humble says the company learned a lesson from Notch, creator of Minecraft, in releasing a beta version, dubbed the “genesis release,” for Patterns, a world where you gather resources and build things. Linden Lab is selling the beta version at a 50 percent discount ($10 for now) to its final price. Linden Lab will take the feedback and build it into the final version of the game, which it will then start selling at the full price of $20. The thinking is that early adopters help the company define the final features (they’ll get their names in the credits) and should be rewarded with a discount.

Patterns is a 3D digital world where you start out as a kind of stick figure, standing aboard an archipelago floating in space. You explore and discover the shapes and patterns that form the world. As you collect materials of varying strength and durability, you can use them to build anything from large-scale monuments to bridges that cross chasms. The pull of gravity can bring down your constructions over time, but you can restore them and rebuild them with stronger materials. 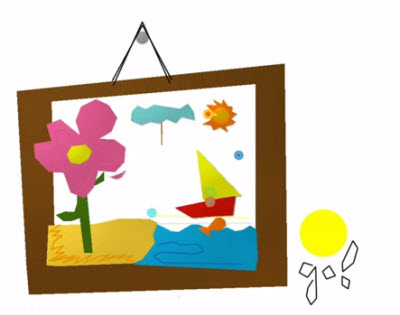 “At Linden Lab, we believe that creativity is within all people and that it empowers them like nothing else,” said Humble. “We make digital spaces where people can have fun while exploring and sharing their creativity with others. Millions of people around the world have enjoyed that in Second Life, and we look forward to inspiring even more creativity.”

Besides Patterns, Linden Lab has unveiled Creatorverse (pictured at top), an iPad app coming out shortly that lets you create a Rube Goldberg like space and then set it loose as a live animation. Humble says two more apps are coming later this year.

That’s a big departure from the days of virtual worlds. Founded in 1999, Linden Lab created Second Life, a sandbox world where users could create anything and build their own economy. It debuted in 2003 and ignited a huge craze for virtual worlds. Second Life thrived thanks to a real-money market, where users could create objects and sell them for virtual currency, which was purchased with real money. Enterprises such as Dell and IBM rushed in to set up virtual marketplaces and training grounds.

Today, Second Life survives with 1 million monthly active users. The world generated $75 million in revenues last year and it is operating profitably. That has allowed Humble to expand his team to 175 employees and go after the markets beyond the virtual world.

Humble came aboard in December, 2010, replacing Philip Rosedale, the founder of Linden Lab. Rosedale stepped in on an interim basis after Mark Kingdon left in June 2010. During 2010, Linden Lab shaved about 30 percent of its staff and eliminated its enterprise team.

For the longest time, Humble, a former Electronic Arts veteran who ran The Sims business, stayed quiet. But he invited creators such as SimCity creator Will Wright to join the board. Besides Patterns and Creatorverse, Linden Lab will soon release an online app dubbed Dio. In each case, Linden Lab will allow users to monetize their own creations.

Wright said of Humble, “Rod has a great sense of player communities and the forces that drive them. At Linden Labs I know he’s focused on trying to evolve a very established community into something much broader and more inviting.”

Humble says that Second Life is also getting a major upgrade this year.

“We are still investing in 3D virtual worlds,” he said. “But shared creative spaces is what we do. There is an opportunity to embrace the new way of developing things. A lot of this could be done inside Second Life. But you get more creativity in the hands of more people by building on new platforms” such as the iPad.

“There’s been a reckoning for the model where you spend three years trying to engineer a hit,” he said. “Now you iterate and work with fans until you get it right. The wonderful thing about these new apps is that I can’t tell if a six-year-old made something or one of our board members did it. My thesis is that nothing is stickier than your own creativity.”