Cloud gaming took a big dive when ambitious startup OnLive hit the wall in 2012 and finally shut down altogether in 2015. But stealth startup LiquidSky is formally unveiling its cloud gaming service today — and it says it already has 400,000 users.

The service lets you play a high-end game on a low-end computer or mobile device. Like other cloud game services, it runs the game in the cloud and streams a video of the game to the user. When the user does something interactive, a small amount of data goes back up to the server. But founder Ian McLoughlin, a 23-year-old who started working on the problem when he was in high school, said his company’s approach is a lot smarter than previous versions, costs less to deploy, and provides for an infinite catalog of games to stream.

It may be hard to believe, but the young McLoughlin came up with a streaming protocol that is more efficient at handling cloud gaming. It was so interesting that Scott McNealy, former CEO of Sun Microsystems, funded the project and even convinced McLoughlin to drop out of school to do the startup. It almost sounds like Richard Hendricks’ fictional Pied Piper company in the HBO comedy Silicon Valley. And that isn’t lost on McLoughlin. 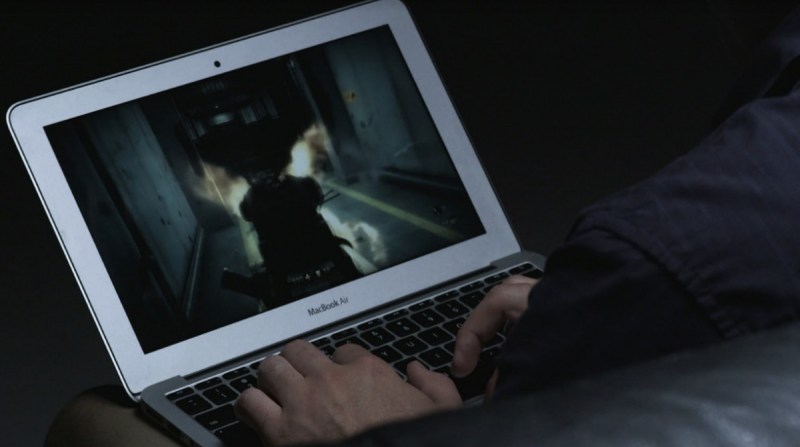 Above: You can play PC games on a tablet using LiquidSky.

“Just as Richard Hendricks was going around Sand Hill Road to raise money, we were going around as well,” McLoughlin said.

“We knew we had to find a way to become a bridge to existing content, rather than host our own content,” McLoughlin said. “We created a system that lets you run any existing Windows game, at Windows 7 and after.”

LiquidSky explains its service by telling customers that they can access their very own cloud­-based “SkyComputer,” ­a dedicated high­-end Windows gaming PC with up to a terabyte of online storage. This SkyComputer is in the cloud, not in the user’s home. And you can access it from anywhere on any device.

“In terms of bandwidth, it uses no more than Netflix,” McLoughlin said. “This is a problem that got solved in the past couple of years. OnLive was too early. On our network, StarCraft II downloads in 60 seconds.”

“I’m thrilled to be able to offer my experience, relationships, and financial backing to a company as exciting as LiquidSky,” added McNealy, who is an advisor to LiquidSky, in a statement. “While the company is currently focused first­ and­ foremost on the fast­-paced interactive entertainment field, the positive potential of LiquidSky’s technology for business applications and the educational field is equally staggering.”

So far, the game service hasn’t been advertised, but it has spread by word of mouth and grown to 400,000 beta users. That’s pretty big. The company has 15 employees and it is in the midst of raising another round of funding.