The way the stock market is going, I wouldn’t be surprised if virtual goods marketplaces will one day be bigger than real-world marketplaces. That’s the bet of companies such as New York-based Live Gamer, which allows players to exchange virtual goods in online worlds for real money.

Live Gamer is announcing today that it has signed up its 10th customer, Singapore-based Magma Studios, which is setting up its own virtual world. Live Gamer will outsource the secondary market for virtual goods, where players sell the goods they’ve collected in the game to other players for real money. In fact, as the stock market has gone down, Live Gamer has seen trading going up in its business.

Live Gamer gets a 10 percent cut of any transaction. In setting up the business, the company is trying to become a horizontal player in the online trading marketplace for a wide variety of games and virtual worlds, a business model that has become popular in Asia. The company is also trying to find a way for virtual worlds and massively multiplayer online games to snuff out black markets.

After Sony’s EverQuest online fantasy game debuted in 1999, a black market for goods emerged where players would sell their valuable items or their own player accounts for hundreds or thousands of dollars to new players who wanted to immediately assume the identity of a powerful game character. Player accounts were sold on eBay, and Sony itself never saw a dime from those transactions. 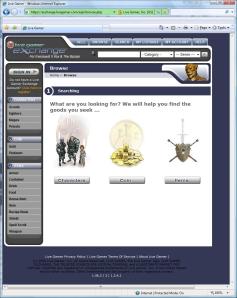 Earlier this year, Sony turned to Live Gamer to set up a company-sanctioned secondary virtual goods marketplace where players could profit by selling the goods they collected. Live Gamer has also signed deals to provide virtual goods markets to other upcoming Sony games such as “Free Realms” and “The Agency.”

Live Gamer also has deals with 10tacle, Funcom, Acclaim, GoPets, Instant Action, Pingo, True Games, and Interzone Entertainment. Magma Studios is working on multiple virtual worlds for other customers, so the Live Gamer Exchange could be used for a number of worlds, said Andrew Schneider, chief executive of Live Gamer.

Schneider says Live Gamer’s proposition is that it can take the responsibility of running a virtual goods market off the shoulders of game and virtual world creators so they can concentrate on making their products fun. It’s also safe, secure and regulated so that gamers are protected, he said. Aroon Tan, co-founder of Magma Studios, said that the Live Gamer Exchange will help the company reduce its customer support costs. 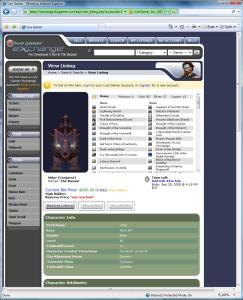 While virtual goods models are popular in Asia, they still have to prove themselves on the same scale in the U.S., where subscriptions to games still rule, particularly the most popular game world, “World of Warcraft.” Schneider believes the virtual goods industry is already $2 billion a year, with most of that money going into the hands of black market operators. Fortune estimated that the virtual goods market is bigger than the online ad market in China. (Those numbers have yet to be verified independently).

While the market is nascent, interest in virtual goods is high. The Virtual Goods Summit in San Francisco last week drew hundreds of attendees.

Schneider said he could not yet say when Magma’s first worlds with Live Gamer’s solution will debut.
Live Gamer has raised $24 million in venture funding to date from Charles River Ventures, Kodiak Venture Partners, and FirstMark Capital. The company has 35 employees.

Schneider acknowledged that economic conditions aren’t favorable now. But he said that the game industry has historically done well during recessions as consumers retreat to home-based entertainment. He also said that virtual goods markets are a way for game makers to improve their profitability in a downturn.

The company’s main competition is either the black market or game companies that try to create their own internally developed secondary virtual goods markets There are a variety of virtual goods companies raising money, such as Twofish, which raised $4.5 million last week.