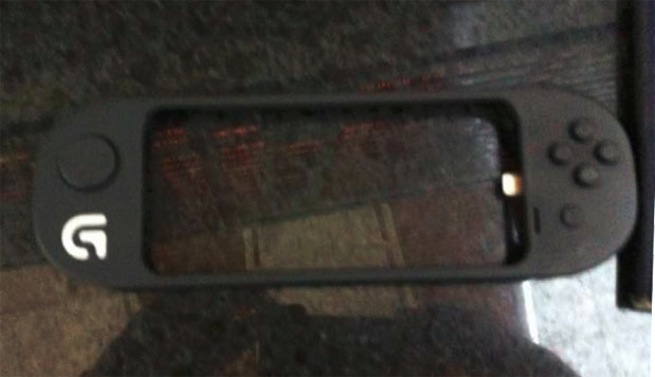 The idea of a decent gamepad controller for the iPhone is something that many gamers — casual or otherwise — are bound to be happy about.

And that’s apparently what accessory maker Logitech is currently working on, according to a leaked photo obtained by Kotaku today.

As you can see from the photo above, the Logitech controller sports a direction-pad on one side and five buttons on the other side. In the middle is an iPhone 5-shaped hole with a Lightning connector port sticking out from the right. There’s also a new “G” branding logo that appears under the direction pad, which presumably will be part of Logitech’s line of gaming products.

The new controller is apparently focused on the newly revamped Apple Game Center for iOS 7, and it’s one of many such controllers being developed by third-party companies, according to Kotaku. Apple, however, won’t be providing support for the new gamepad controllers.