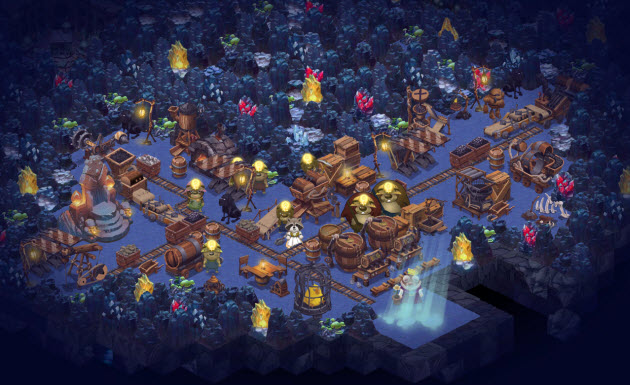 In February, LOLapps announced an expansion of its hit Facebook game Ravenwood Fair, called Ravenstone Mine. But just before the launch date, the company decided to delay the release. Now Ravenstone Mine is launching today, for real. 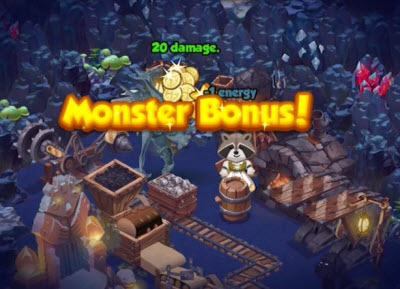 The first game, designed by Doom co-creator John Romero, was a huge hit for LOLapps, putting it on the map of serious games on the social network. Today, Ravenwood Fair still ranks as the fifteenth most popular game on Facebook with more than 11.8 million monthly active users. That’s pretty good for a game that launched in October, given the usual shelf life for a Facebook game. If Ravenstone Mine takes off, other social game companies could adopt a  similar strategy of updating te existing games rather than risking something new.

That’s a trick from the pages of PC game makers like Blizzard Entertainment, which keeps adding expansion areas to its online game world, World of Warcraft. Arjun Sethi, chief executive of San Francisco-based LOLapps, said in an interview that it took longer to polish the game than originally expected. But the goal remains the same: hanging on to a user base as long as possible by coming up with fresh material. 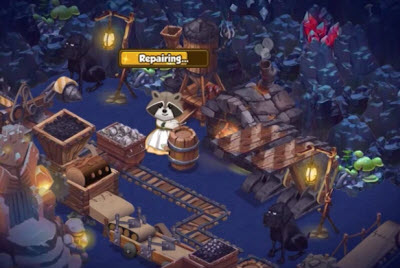 Ravenstone Mine was created by a team led by Romero, who has since started his own game studio, Loot Drop. The effort was large enough that LOLapps scaled back on other projects to pour more resources into it. LOLapps competes with the likes of Zynga, EA-Playfish, Disney-Playdom and CrowdStar.

Ravenwood Fair has been a financial success because users have been spending money in the free-to-play game. In such games, users pay only when they want to buy a virtual good with real money. Much of the money spent in Ravenwood Fair was spent on consumables, or items such as energy, which can be bought over and over again. Typically, only 3 percent to 5 percent  of users pay for games on Facebook.

In Ravenwood Fair, users find themselves as a cute animal in a forest. The goal is to chop down trees and build a fair in the clearing and attract more cute animal visitors. But the forest is creepy and you have to constantly battle back the trees and monsters that try to scare your visitors.

Ravenstone Mine takes place underneath the forest of Ravenwood Fair, using a similar art style and characters, said Sethi. Since the game is underground, it’s a little darker in style and story.