Most virtual reality games are leaving me cold these days. The latest shooting gallery doesn’t even register in my brain anymore, and even the more original games have to get some buzz before I’ll try them. Thankfully, Lone Echo has picked up enough hype that I took the time to sit down with my Oculus Rift to try it out.

Lone Echo is the first major VR release from developer Ready At Dawn, which is responsible for the excellent PSP God of War games. It is a narrative exploration adventure where you play as Jack, a robotic companion to the sole human on a space station. Things go wrong, and you have to zoom around in zero-G by grabbing onto surfaces and flinging yourself where you want to go. That locomotion is one of the big reasons that Lone Echo works, but Ready At Dawn has incorporated several other amazing VR elements to make one of the best Oculus Rift releases so far.

After using VR regularly for more than a year now, I think its most important “special effect” is bringing you into close proximity with other characters. In Lone Echo, the entire experience is about helping captain Olivia Rhodes. This focus on the two characters, Rhodes and you, means that Ready At Dawn can give you a lot of eye contact and close physical proximity.

It’s so much easier to care about a character in VR compared to traditional games because you are making actual eye contact and sharing the same personal space. This is so impressive and novel that some games, like PlayStation VR’s Summer Lesson, focus entirely on this kind of interaction. 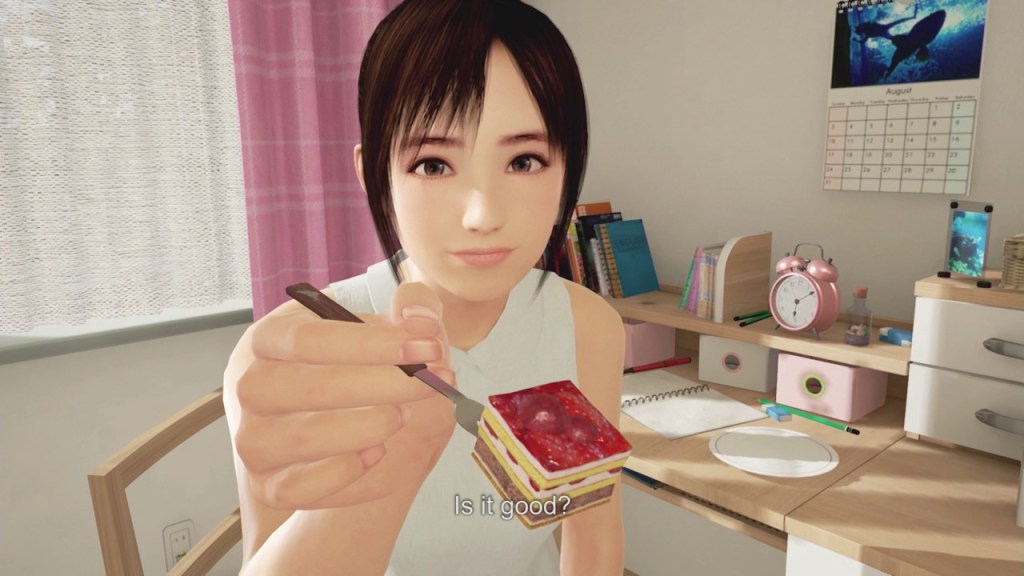 Above: Summer Lesson is a VR dating game, and it emphasizes the thrill people get from having others moving into their personal space.

But in Lone Echo, Ready At Dawn doesn’t make the game about that 1-on-1 interaction. Instead, the studio uses that trick to create a bond between you and Rhodes so that you care more about the action and story. It works, and other developers should look to this for their VR games.

One part of traditional game design that doesn’t translate well to VR is levels or stages. Developers shouldn’t try to funnel players through obstacle courses or linear pathways. It is a far better experience if players can spend time in a persistent, simulated space. Lone Echo does that by giving you a space station to explore, and that does such a better job of creating a connection between the player and the world they’re inhabiting.

Early on, a lot of the talk surrounding VR made it seem like creating presence would come down to a high framerate and simulating the player’s hands. And while those are crucial, no one really talked about how traditional level maps would also break the illusion. The real world doesn’t conveniently lead from one corridor to the other, and while we appreciate that efficient design in Uncharted or other games, your brain will recognize it as a false space quickly in VR.

Lone Echo’s space station doesn’t just send you from one important room to the next. Instead, you have to move back-and-forth to find your own efficiency in this space that had other concerns — like viability as a space vessel — in mind beyond your gameplay experience. The key is that you want to believe that the structure you’re in existed before you got there and will continue to exist when you leave it as opposed to a space that someone built for you.

The final key to Lone Echo’s convincing simulation is that the menu system never accidentally reminds you that you’re playing a video game. As Jack, you have a pair of wrist computers. You can pull up notifications by sliding your finger across the wearable PCs, and that will give you the option to pull out a floating holographic screen with your other hand. You don’t go to a pause menu, and you don’t use the analog sticks. It’s all about interacting with the in-game touchscreens.

Ready At Dawn never breaks these rules because it is clear that the developer deeply understands what makes VR work. By combining the character interactions, the detailed space station environment, and the in-fiction menus, the studio is doing everything to make you forget who you really are. And it works. You may find yourself looking down at your real arms after playing this game and wondering where your robotic limbs went.

I hope that more people give Lone Echo a chance. I want more VR from Ready At Dawn, and I want other developers to look to this game for guidance. For now, however, Lone Echo is evidence that VR development is headed in the right direction.