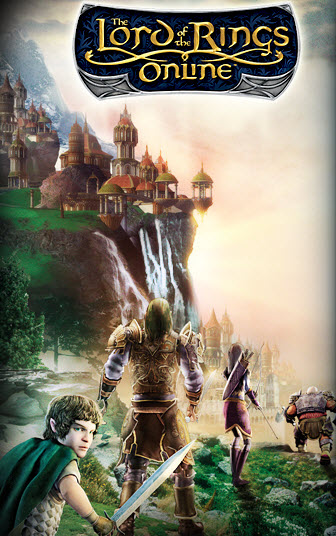 Lord of the Rings Online will become a free-to-play game this fall as its new owner launches a major upgrade.

The move is another validation of the free-to-play business model, where gamers can play for free and pay real money for virtual goods such as better weapons or decorative gear for their game characters. The business model has been popular in Asia but only recently took off in the U.S. This move shows the pressure is building on game publishers to shift to the new business model or face declining audiences.

Warner Bros. Interactive Entertainment, the game division of the film giant Warner Bros., owns Lord of the Rings Online, since it purchased Turbine, the company that developed and published the game on a subscription model.

Turbine saw good results when it took one of its slow-growing games, Dungeons & Dragons Online, and converted it to free-to-play. Traditionally, such massively multiplayer online game worlds have charged fees in the U.S.

The move to make Lord of the Rings Online free-to-play shows Warner Bros. is serious about making a big investment in the Lord of the Rings franchise, which some say may have peaked with the Peter Jackson movie trilogy. But Warner is betting that the interest in J.R.R. Tolkien’s fiction is everlasting. That’s why it gathered together all of the game rights from Turbine and Electronic Arts. Warner also owns the film rights now.

Free-to-play seems to be here to stay, even for premium content such as Lord of the Rings Online, which was developed over many years. Sony Online Entertainment launched Free Realms as a free-to-play game a year ago, and it now has more than 10 million registered users. The only game that is likely going to be able to command a subscription fee (except in regions such as China) is World of Warcraft, which has built an audience of 11.5 million subscribers who pay $14.95 a month since 2004.

But this Warner Bros. move could put pressure on World of Warcraft, which has seen its growth stall. Activision Blizzard hopes to revive growth of the game’s subscriber base as it launches Cataclysm, a new expansion pack for the game, this year. Burbank, Calif.-based Warner Bros. Interactive Entertainment has been making interesting moves lately. It hired Jeff Junge as its head of digital games recently, and it expects to grow online revenue from 7 percent to 20 percent over time, said Martin Tremblay, head of the game division, in an interview.

There are other big free-to-play games coming. THQ announced this week that Company of Heroes Online will debut in the U.S. as a free-to-play game, and LucasArts and Sony Online Entertainment will launch free-to-play Star Wars Clone Wars Adventures Online.