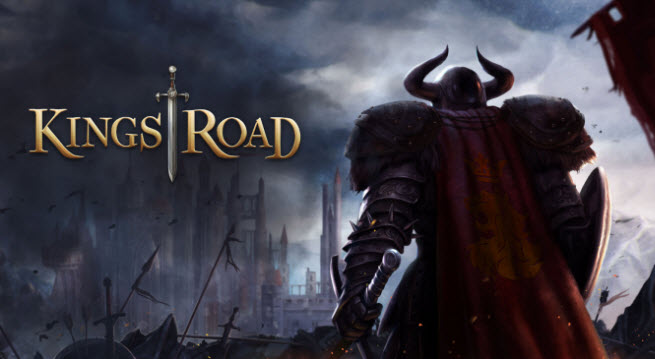 It’s already clear that free-to-play games are having a profound impact on the industry landscape. Their initial success is in large part driven by the frictionless reach being free enables. By removing the need to pay up front, a game can reach an audience that’s as much as 10 to 25 times larger. Anyone who owns a smart mobile device or a PC with an Internet connection is now a prospective player.

But to catapult the growth for free-to-play games to truly massive audiences, a subtle – and perhaps counter-intuitive – design philosophy is required: Your game’s free players are actually more valuable than its biggest spenders. It is free players who hold the key to creating sticky communities, driving virality through word of mouth, and maximizing the opportunity for long-term engagement and monetization of your game service. If you want to avoid the headwinds that companies such as Zynga have run into in recent months and instead ride the tail winds that are driving Riot Games into a multi-billion dollar enterprise, you must learn to love your free players.

To date, most free-to-play game developers have eschewed free players and instead focused (at times myopically) on a handful of big spenders, known in the industry as whales. Whale-driven games are designed to create monetization friction early in a player’s life cycle. This culling process effectively eliminates 98 percent-plus of the new players in a game so that it can instead focus on diving deeply into the wallets of those remaining 2 percent of players who pay. Among that 2 percent, only a tiny fraction has the desire and ability to spend large sums of the money. So the breakdown in some games can become scarily skewed, with as much as 50 percent of the profits coming from 2 percent of the paying players – or just 0.0004 percent of the total audience.

As the free-to-play game market has evolved and the number of competitive whale-driven games has increased on both Facebook and smart mobile devices, an uncomfortable fact has settled on the industry. Despite the ability to reach billions of potential players, the number of whales with a desire to spend thousands of dollars is relatively tiny. Moreover, whales are not going to be able to spend huge amounts of money across multiple games at any given time. As a result, companies are seeing new whale-driven games perform worse than their predecessors, while also cannibalizing their own whales in existing games.

The truth is that players who choose not to pay anything are far more valuable to any game company looking to create sustained value for its shareholders. Here’s why:

The best free-to-play games are socially driven. The entertainment value of playing the game is either intrinsic to playing with other players or at the very least materially enhanced. By designing your game to compel free players to stick around for a long period of time, you create social stickiness that will result in a higher retention of your paying users. This is common sense. Who wants to save for months to buy that shiny new BMW if there are no friends or neighbors to admire it?

Moreover, free players are by far your best means of low-cost, high-quality player acquisition. Free players who enjoy the game are viral in the old-fashioned sense: They actually tell their friends to try the game because they enjoyed it. Instead of paying for 50 percent of your new users and then watching them churn out in a week, design your game to ensure free users enjoy it and watch your cost of player acquisition drop dramatically.

And it’s a funny thing about those free users:  the longer they play any free-to-play game, the more likely they are to convert to paying players. The cohort of free players who continue to be actively playing a new game for a month are nearly three times as likely to convert as new users you paid to acquire. The financial advantages of focusing on free players are further enhanced when your game caters to a more diverse demographic and geographic player base. There are simply more players in the world who will happily spend $5, $10, or maybe even $25 on a game they love than there are those who are capable of spending thousands of dollars.

Games that get it right

It’s no surprise then that two most profitable free-to-play games currently in the market have eschewed whale-based monetization. League of Legends from Riot Games and World of Tanks form WarGaming.net decided to focus their game design and monetization efforts with a long-term view of value creation, which prioritized the free players.

Unlike their Moby Dick-obsessed competitors, LoL and WoT are designed to convert a far higher percentage of their players – in some cases ten times as many players as a whale-driven game. Instead of designing the game to optimize for a handful of big spenders, they’ve created economies that allow players to incrementally spend in lockstep with the time they spend in the game, which has resulted in higher retention, effective word-of-mouth virality, and a higher median lifetime value of players.

Both League of Legends and World of Tanks made a conscious decision not to force players into “purchase or else” decisions early in the game. Their pricing and merchandising systems are optimized for consistent small- and medium-sized transactions instead of a handful of big-ticket items. They thoughtfully open the vast majority of the game’s experiences to a free user while making sure value is delivered when a player makes the decision to pay. Thus, a virtuous cycle is born.

Happy free players lower overall acquisition costs, while paying players feel a stronger relative bump for their decision to spend. And all players are compelled to keep playing with one another, as there are plenty of teammates and opponents to fuel the multiplayer and social dynamics of the experience. That leads to higher retention; with higher retention comes higher conversion to paying, higher spending, and ultimately higher profits.

There are challenges in designing games to achieve those goals.  Basing your monetization systems off the game mechanics that generate real fun is the starting place.  Inspiring players to make themselves unique or benevolent in the eyes of fellow players are great incentives — while frustrating them by designing the game to be enjoyable only when you pay is not.  Don’t force failure for free players and make sure the forks you create with opportunities to pay come with a balanced frequency, and not as hard walls.

The opportunity for the free-to-play game space to grow is limitless. With browsers, smart phones, tablets, and Facebook, the digital reach of games is quickly going to reach a number closely approximating the entire population of this planet. The realization of this opportunity is going to be driven by great products that create real value, products that are designed and managed to entertain 100 percent of their players – not just the 0.0004 percent known as whales. 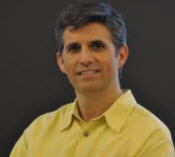 Greg Richardson is the founder and CEO of Rumble Entertainment, a premium free-to-play game company dedicated to create irresistible and beautiful cross-platform multiplayer game experiences for connected gamers.  A 20-year video game industry veteran, Greg was vice president and general manager of EA Partners, senior vice president at Eidos in charge of product development, and an investor with Elevation Partners, where he led the investment in Bioware and Pandemic, and served as chief executive of Bioware/Pandemic through its sale to Electronic Arts.