Lucid Sight said that it has raised $3.5 million in funding to accelerate virtual reality game development and launch a VR advertising platform.

The company will use the money to accelerate its free ad-supported game development across a variety of VR platforms. Investors in the round include Rana Capital Partners and Los Angeles-based Salem Partners.

Lucid has also launched its VR advertising software development kit (SDK) to enable other game developers to monetize their VR games with ads.

“This capital will allow us to release high-quality and free ad-supported games across all VR platforms at a higher pace,” said Randy Saaf, the CEO of Lucid Sight, in a statement.

Lucid has already released its own games on VR platforms, such as Poly Runner VR on the Samsung Gear VR and the HTC Vive, Gumi No Yme on the Samsung Gear VR, and Space Bit Attack on the Vive and the Oculus Rift. The company hopes to release 20 VR titles by the end of the year. Lucid Sight monetizes those games with ads from film studios and major brands.

Lucid Sight ran a 360 interstitial video ad for the feature film The Divergent Series: Allegiant within Poly Runner VR. Thirty percent of consumers chose to watch the entire 360-degree video ad even though there was an opt-out after 10 seconds.

Lucid Sight’s advertisers also include VR content makers who recognize the best place to reach VR consumers is within other VR content.

“Traditional flat advertising on TV, web, or mobile can’t convey VR’s sense of immersion, presence, and scale,” said Saaf. “The only place to effectively promote a VR experience is within another VR experience.” 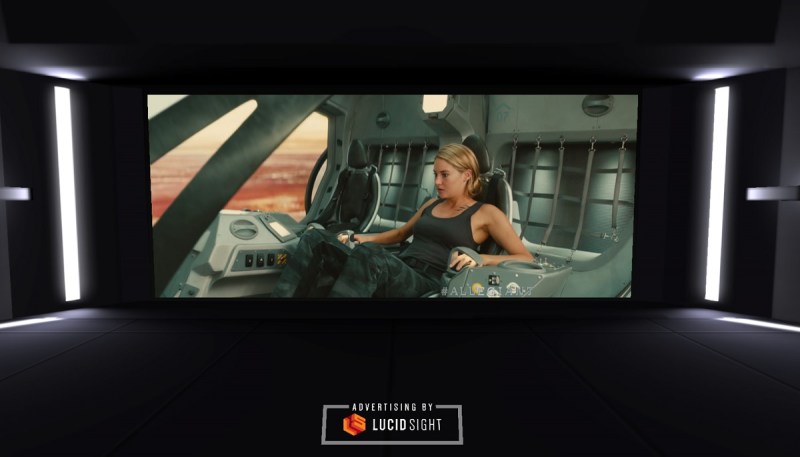 Above: Lucid Sight’s ads for Allegiant were popular in VR.