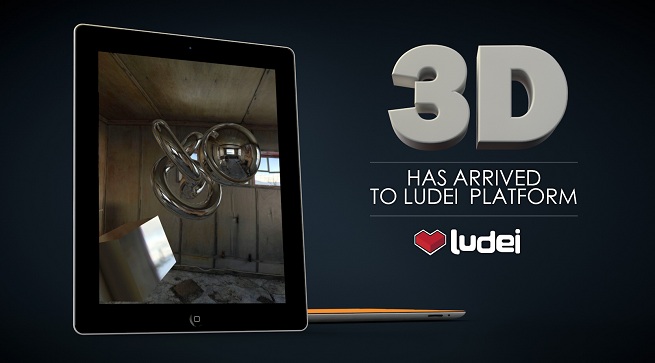 Ludei is launching a technology that game developers can use to create 3D web-based games that can play across platforms.

The technology brings together HTML5, the lingua franca of the web, with 3D technology via the WebGL 3D standard. The result will be games that have fast native performance and 3D graphics, even though they can run in web browsers across a variety of mobile devices, said Joe Monastiero, the president of Ludei, which is based in San Francisco and has developers in Spain. The technology is a bridge that will help the makers of 3D console and PC games migrate to mobile.

“We are trying to jumpstart the 3D mobile web games market,” Monastiero said in an interview with GamesBeat. “We believe we now have everything you need to make a compelling game.”

The company plans to show technology demos this week at the Game Developers Conference in San Francisco. Ludei will support 3D game development via the open WebGL standard, which is the browser equivalent of OpenGL, the standard for deploying powerful 3D animated games across different platforms. Ludei launched its game development platform using a hybrid of HTML5 and faster technologies last year, but it only worked with two-dimensional games. Now the company is it can enable 3D rendering on its platform. And games made on Ludei can be published on iOS, Android, Nook, Chrome, FirefoxOS, Pokki, Intel AppUp, and Amazon.

Developers don’t have to worry about which devices currently have built-in 3D support to handle their complex, HTML5 mobile-animated games, Monastiero said. Ludei said that its HTML5 2D platform currently powers more than 200 iOS and Android games. The company has launched its own titles — iBasket, Sumon, and Slide Soccer — that people have downloaded more than 20 million times. This means that games that are created for Facebook, the web, or other platforms don’t have to be reworked just to run on mobile.

HTML5 on its own can run across a bunch of browsers, but it often runs too slowly for games. Monastiero’s company is basically giving it the help it needs to work properly, so that an HTML5 app works as if it were written as a native app for a particular smartphone.

Of course, WebGL has to make progress on the hardware side as well. It’s present in the browsers on most of the recent phones, but it is often not turned on by default. That is because it is unstable sometimes. Ludei is adding WebGL into its own virtual machine, and that gets bundled today with every iOS and Android native wrapper, Monastiero said. That means it will make the technology work, regardless of what is turned on by default or not in hardware devices. Ludei currently has about 3,500 developers working on 2,000 known projects.

Ludei chief technology officer Ibon Tolosana plans to talk about the technology in a sponsored talk at the Game Developers Conference on Thursday.