During my time as a Rauser pilot, I shot down over 10,000 enemies, including 7,500 planes and 140 battleships. I flew into the danger zone 349 times, and the highest rank I’ve ever had on the online leaderboard was seventh place.

I’ll let you in on a little secret: Those numbers are way too generous. What they don’t tell you is how much I suck at this game.

Out today for PlayStation 3, PlayStation Vita, PC (reviewed), Mac, and Linux, Luftrausers is an inventive arcade shooter from independent developer Vlambeer. While similar to Vlambeer’s free Flash-based game, Luftrauser, this new edition expands on the concept by adding prettier graphics, customizable planes, more enemies, and a new soundtrack. It’s also brutally difficult. You only have one life, and unless you started playing games in your mother’s womb, your flights will rarely last longer than a minute or two.

While Luftrausers’s short game sessions might sound ridiculous, it packs so much drama and excitement within that time that you’ll be too busy preparing for your next battle to care. 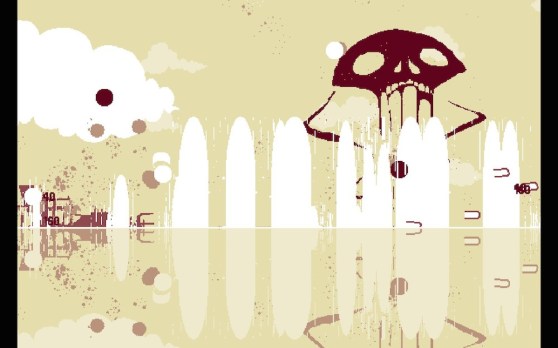 The scene quickly shifts from a serene and empty skyline into an aerial battlefield filled with crisscrossing enemy pilots and their endless barrage of bullets. The ocean has its own threats in the form of powerful battleships and submarines that launch heat-seeking missiles. And you’ll never tackle them in the same order: Sometimes a battleship shows up right in the beginning, and other times, it took a while before I saw one.

Customizing your plane adds even more variety. It consists of three parts: weapon, body, and engine. You’ll unlock more as you complete the missions — such as killing 20 enemies while on fire — and earn experience points, and you can tweak your plane any time before you fly out. Experimenting with different loadouts (each combination has its own nickname) can drastically alter your strategy.

One of my favorites is the Shipwreck, which has the spread weapon (fires five shots in an arc), melee body (you’re invulnerable to melee damage), and the underwater engine (lets you dip in the ocean without taking damage). Not only do I have an extra safety net if my health is running low — I can dive underwater for a brief time to hide and regenerate health — but the Shipwreck is also ideal against smaller ships via hit-and-run techniques. The big drawback is that the melee body also decreases my overall health, so it only takes a few shots to bring me down. Balancing these shortcomings is key to figuring out which plane is best for you. 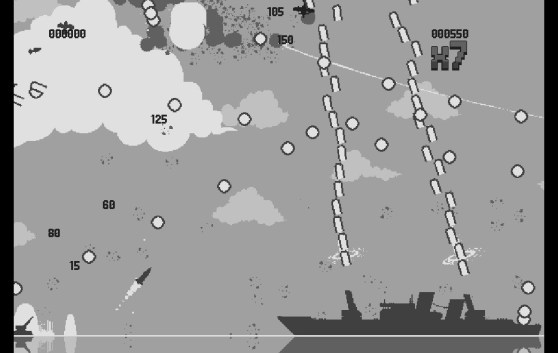 Listening to the same song over 300 times within just a few days is enough to drive anyone mad, but Luftrausers takes a smart approach with its soundtrack. Composer Jukio “Kozilek” Kallio artfully rearranged and remixed the original track several times over, and the version you end up hearing depends on the kind of plane you’re using. Though they sound slightly different from one another, they all begin with the same set of marching footsteps — it’s hard not to get in the dogfighting mood when you hear it.

But the real treat is the crescendo that each song eventually builds up to. What starts as an upbeat, eclectic melody suddenly turns into an epic, patriotic anthem that always seems to trigger at the right moment, like when I barely escaped death by flying into the clouds or when I just killed a tough opponent. Even if my score was in the low thousands, I was always satisfied with a run if I survived long enough to hear that part.

Check out the video below to see what I mean.

You can always do better

Luftrausers harshly reminds you that you’re only as good as your last score. Whenever I had a successful or record-setting run, I felt like I finally had this game figured out … but the countless bad runs that usually followed it would bring my ego crashing back down to Earth. The difficulty level keeps you humble, and it teaches you to cherish the smaller but meaningful victories, like when I destroyed the massive, screen-hogging blimp for the first time. As the airship’s wreckage played out in a cutscene, a new mission popped up, challenging me to destroy three more blimps on my next turn.

I haven’t been able to kill one since then, but dammit, I’m going to keep trying. 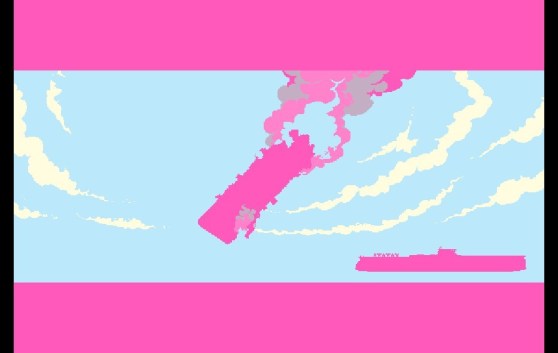 Getting lost in the fray

With so many bullets and enemies flooding the level, things can get a little too chaotic, making it easy to lose sight of your plane. Since Luftrausers relies so much on your reaction time, the extra second spent trying to find it is enough to accidentally run into gunfire or to commit some other tragic mistake. I played with different color schemes (which you gradually unlock) to see if they made any difference, but the problem was still there.

If you strip away the Rauser parts and the catchy soundtrack, Luftrausers would still stand on its own because of its excellent gameplay. But those features add so much depth and excitement that they actually pushed me to become a better player. Judging by the wide gap between my score and those higher up on the leaderboard, I still have a lot to learn.

Luftrausers is out today for PlayStation 3, PlayStation Vita, PC, Mac, and Linux. The publisher provided GamesBeat with a copy of the PC version for the purpose of this review.