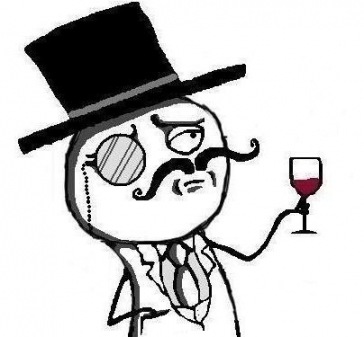 Hacker group Lulz Security is taking responsibility for breaking into the public website for the U.S. Senate, Senate.gov. Separately, the hacker group has launched a massive distributed denial of service (DDoS) campaign against several game sites.

Senate security confirmed the break-in and added that the hackers did not get behind the firewall at the personal information of any Senators, the Guardian reported.

Game sites and networks for game magazine The Escapist and games like Minecraft, League of Legends and EVE Online have all been hit by DDoS attacks. LulzSec is claiming responsibility for the attacks. When VentureBeat tried to access The Escapist and several Minecraft servers, both were unavailable. The group also claimed that it was able to take the login servers for League of Legends, a popular online game, offline. The group is calling today Titanic Takeover Tuesday, which just seem like rogue hacking attacks on a number of video-game-related sites.

“We’re eying up the next target… laying off Minecraft, so go play that. Preparing a cannon attack on our main artillery shells!” the group said on its Twitter account.

LulzSec has an increasing resemblance to Anonymous, a loose collective of hackers that originally came from image board 4chan. For instance, Anonymous regularly takes up political causes, and the attack on Senate.gov is one of several politically-motivated attacks the LulzSec team has executed, suggesting a connection. Also, Anonymous members typically use the term “lulz” to describe the amusement they get out of hacks like these. However, LulzSec has been quick to state that it is not a part of Anonymous.

The group previously broke into Sony’s Sony Pictures site and invited readers to “plunder those 3.5 million music coupons while they can.” It also said it was targeting Sony in retaliation for how it handled the downtime of its PlayStation Network after it was forced to bring down the service and beef up security after an attack by an as-yet unidentified hacker group. It seems like LulzSec’s modus operandi involves breaking into insecure networks for the sake of exposing security flaws or in retaliation for political causes.

Members of the LulzSec group were able to break into the PBS site several days ago and post a fake story that said rapper Tupac Shakur was still alive. It was the third high-profile hacking attack on a private network in a little more than a month. It was also able to break into the private network of Bethesda Softworks, the game developer behind several popular games like Brink and Fallout 3.