LumiKids, the arm of Lumosity that creates games for younger audiences, announced the release of its second iPad game today.

You can download LumiKids Beach in English, French, German, Japanese, and Spanish from the App Store free for a limited time; LumiKids has not set the final price. It takes the same approach of simple games for young children that the group first created in the award-winning LumiKids Park and moves it to the beach.

LumiKids Park received wide acclaim. It has a 5-star rating on the App Store and won the 2015 Kids at Play Interactive Award for Best App for Younger Children, a Gold Winner designation from the National Parenting Publications Awards, and an Editor’s Choice Award for Excellence in Design from the Children’s Technology Review. 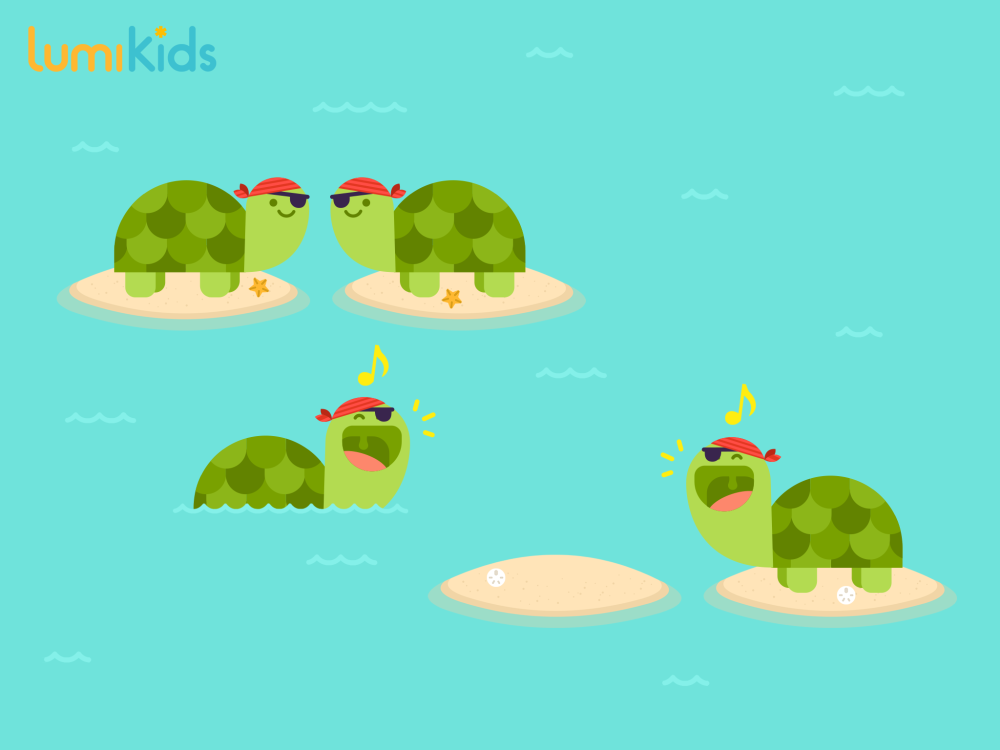 Above: Children can drag singing turtles to islands to match them based on pitch.

None are deep or at all challenging; LumiKids suggested the games adapt to different age groups, but I created profiles for children ages 2-10 and noticed no difference in how it presented the games. Technically, the games are oriented toward those ages 2 and up, but I think even younger children could easily play with some parental guidance. 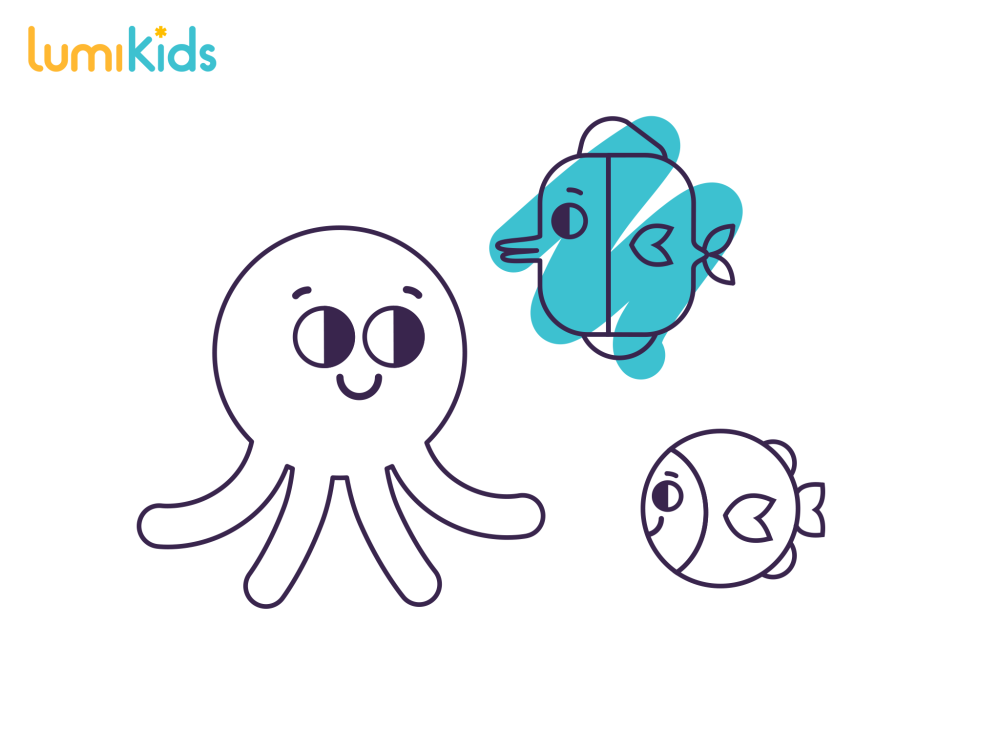 Above: Children use their fingertips to color in these fish to make them three dimensional and animated.

Minigames include tapping a fisherman to watch him fish and matching children with their toys. It has no verbal instructions onscreen for children at all, in keeping with the young age groups; instead, simple visual or auditory clues encourage them, and their achievements are immediately celebrated. 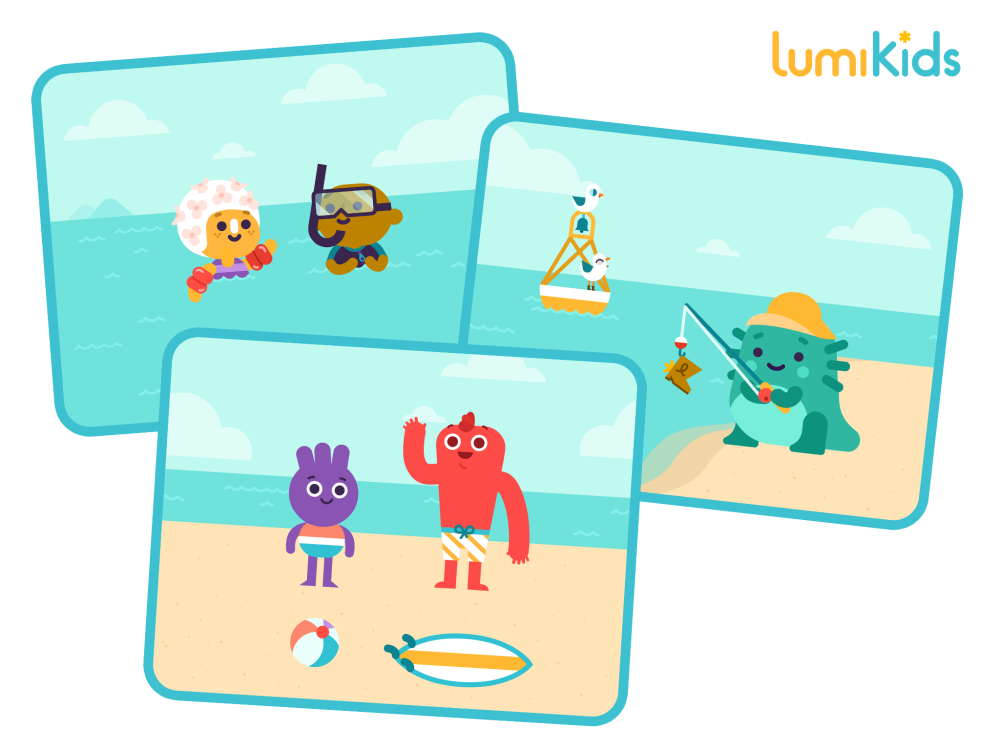 Above: Other than fishing, the minigames aren’t repeatable in a single session, but they’re cute.

These games aren’t designed to as brain-training, LumiKids reps said, unlike Lumosity’s stock in trade. Instead, they are intended to be “a digital playspace that challenges cognitive, motor and social-emotional skills through intuitive and adaptive activities.” The LumiKids team reviews studies in child psychology and development before creating the games.

“We’ve been overwhelmed by the response to our first app, LumiKids Park, and are excited to add LumiKids Beach to the series,” Sunita Mohanty, director of LumiKids, said in a statement. “Our goal is to learn about harnessing the power of digital play and create a comprehensive curriculum that is enjoyable for early learners and trusted by parents, with each app in the series providing an opportunity to practice different cognitive, social-emotional and motor skills.” 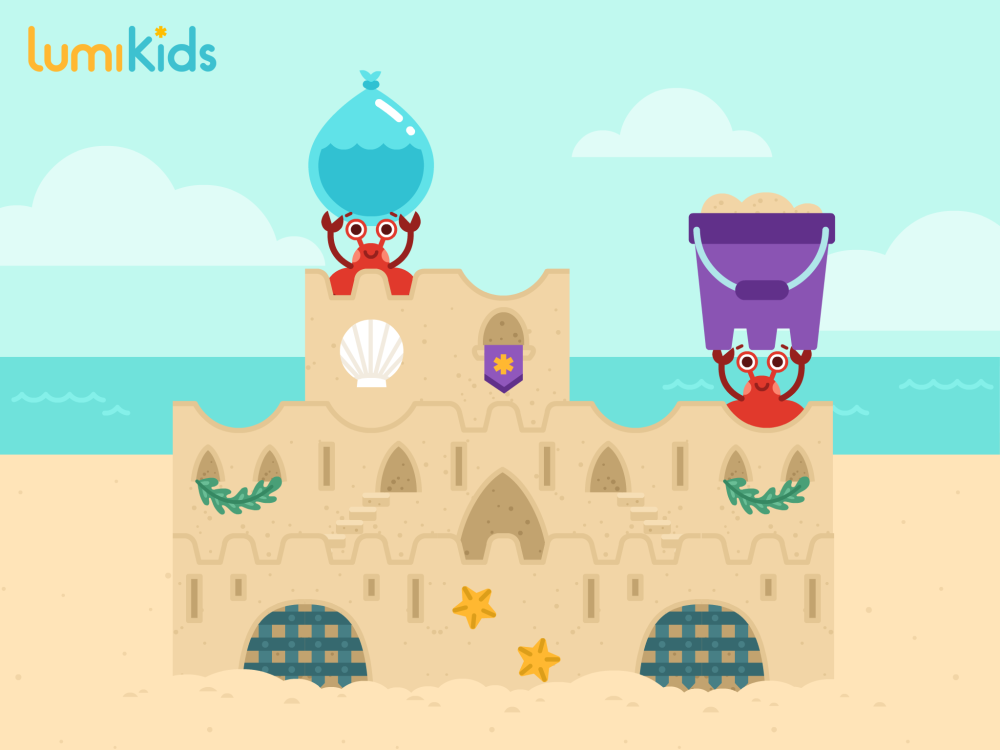 Above: These crabs either help build your castle with the buckets of sand, or help break it down with the water balloons. Build it to the top and they’ll cheer, adorably.

The games are flat-out adorable. Cheery creatures and smooth, beautifully layered, but simple animations combine to make the screens truly appealing for both adults and children. The games are super-quick and shallow; I wonder how long they’ll keep small children engaged, but then small children aren’t known for their attention spans to start with.

Parents receive a weekly email with statistics on how often their kids played and how they did with their basic motor and cognitive skills. Those emails weren’t available before the game’s release.