I had left Magic: The Gathering behind me along with all other physical, collectible card games.

You see, I’ve become a Hearthstone: Heroes of Warcraft addict. That digital, free-to-play card game has taken up a huge chunk of my gaming time thanks to its inventive cards, flashy presentation, and rewarding quests (which earn you gold and help you buy new cards). Before Hearthstone, I enjoyed the Magic: Duels of the Planewalkers series, a yearly franchise that took the physical Magic the Gathering game and turned it into a digital offering.

However, that form of Magic is a limited experience. You mostly played with pre-made decks, so you didn’t have the customization and deck-building aspect that is so integral to the CCG experience. Once Hearthstone was out, the Duels of the Planeswalkers concept, which always made players pay for each new version, seemed outdated.

Wizards of the Coast obviously agreed. Its newest digital card game, Magic Duels, is a lot more like Hearthstone than Duels of Planewalkers. It’s free-to-play for iOS (PlayStation 4, Xbox One, and PC versions are coming later) lets you buy digital card packs and make your own decks, which you can then use to battle friends and strangers online. It’s definitely an improvement, but is this Hearthstone-crazed maniac ready to give up his Hero Powers and Paladin Aggro decks?

If you’re somehow nerdy enough to read this review but never played Magic the Gathering, I’ll attempt to explain it to you. You use card representing monsters, minions, and spells to try to kill the other player. You have Land cards that act as a resource for using all of the other cards.

Magic the Gathering has been around since 1993, and its thrived because of complexity and customization. So, yeah, Magic the Gathering is a fun game. Like I said, we’ve seen digital versions before, and Magic Duels is similar to them in a lot ways. Magic Duels takes care of all of the math, so you don’t have to keep track of everyone’s health with paper or counters. It also easily explains what each ability does on any card, so you don’t need to carry the glossary with you. Basically, this is a much less hassle-filled experience than actually playing with real cards. You’ll never have to worry about your opponent forgetting to tap or untap their Land cards.

Magic is a complicated game. Thankfully, Magic Duels is great at teaching players the rules. During an introduction campaign, you’ll slowly earn new and more complicated cards. Whenever you get a new type of card, you’ll actually go into a short tutorial that explains how it works. After you beat it, you go right back to your match. It’s quick, helpful, and effective. Above: The deck-building tools are great.

Magic Duels offers a deck-building tool that was sorely lacking in the Duels of the Planeswalkers games. You can make entire decks from scratch, or you can follow templates that will suggest how many cards of each type you should use. This will even give a choice of three cards as suggestions for your next deck addition. It’ll also tell you how many Land cards your deck should have, and it’ll put them automatically if you want.

You buy packs of cards with either an in-game currency that you earn by winning matches and completing quests or with real money, similar to Hearthstone.

Right now, Magic Duels is on iPhone and iPad. This is actually the first time any Magic game has come out on iPhone. It does work, but it can be a challenge. Each card has a lot of text on it, so it’s impossible to really read more than one at a time. So, you’ll spend a lot of time zooming in on specific cards. Also, some cards really look a lot like others. You’ll either need to play so much that you memorize them, or you’ll once again need to do a lot of zooming in to keep track of everything. This isn’t as big an issue on the iPad’s larger screen.

The presentation is just serviceable

One of my favorite things about Hearthstone is the slick presentation. Cards have neat effects — both visual and audible — when they enter the battlefield, you can click around the board to trigger Easter eggs, and card packs literally explode when you open them. Magic Duels is much more subdued. The playing field is plain and cards don’t distinguish themselves from each other with unique effects. 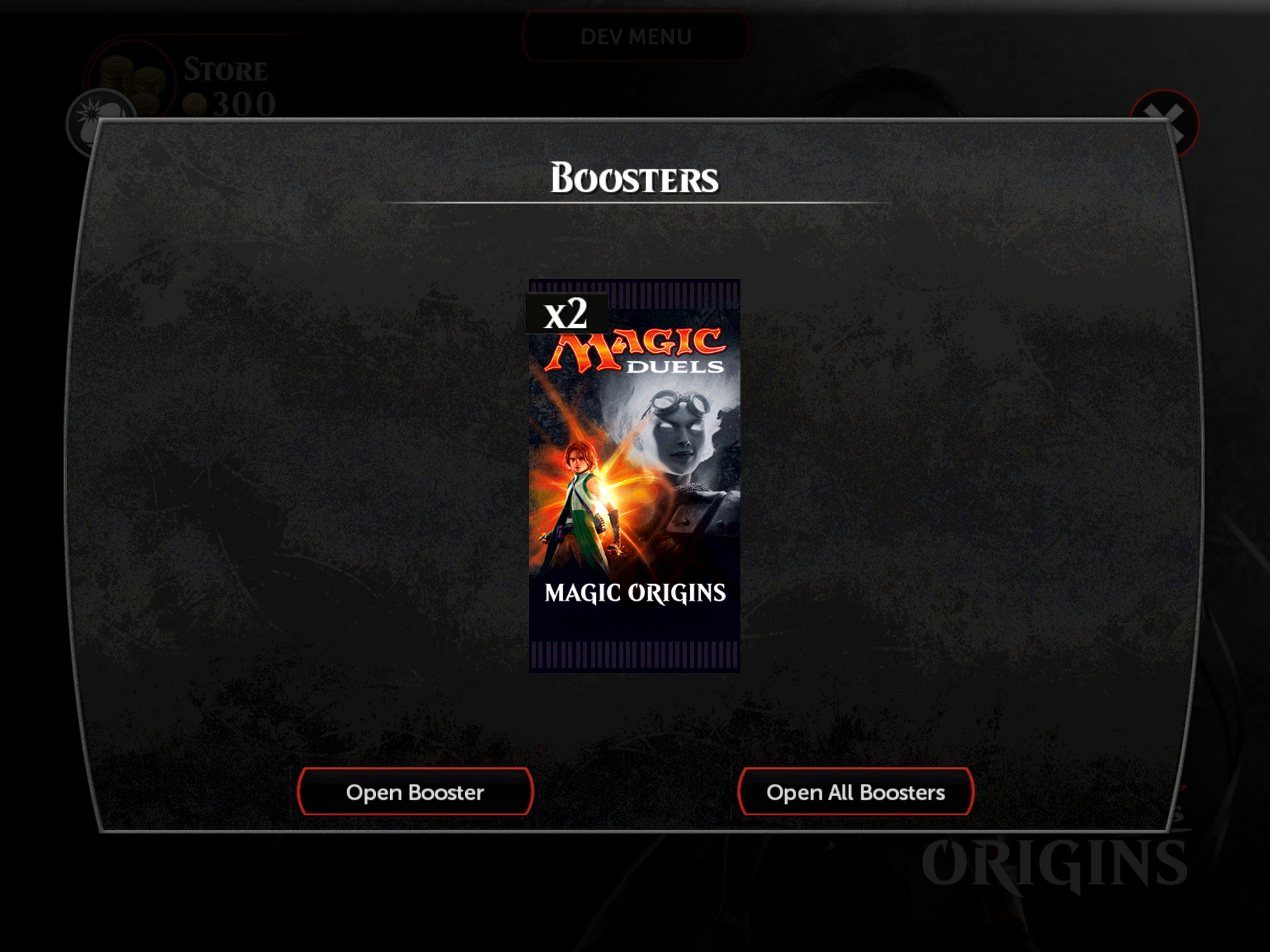 Above: Opening boosters isn’t as satisfying as it is in Hearthstone.

I don’t think I’m about to give up Hearthstone any time soon, but Magic Duels is definitely a good move for the series. The tutorials make it super easy to learn the complicated game, and making decks is easy and fun. It might play better once it’s on PC and consoles, since all of that tiny text will become easier to play. But even now, Magic fans will enjoy this digital version of the classic card game.

Magic Duels is out now for iOS. It is free-to-play, and GamesBeat downloaded a copy for the purposes of our review.