NBA Jam is one of the most memorable sports games ever made. Midway created a ’90s icon when NBA Jam hit arcades in 1993, with console versions for Sega Genesis and Super Nintendo shortly following.

Developers Mark Turmell and Sal DiVita, along with the game’s announcer, Tim Kitzrow (you know, “boom shakalaka”), shared stories about NBA Jam’s development today during a talk at the Game Developer’s Conference. The postmortem offered insights and anecdotes sure to interest anyone who’s even broken a digital backboard. 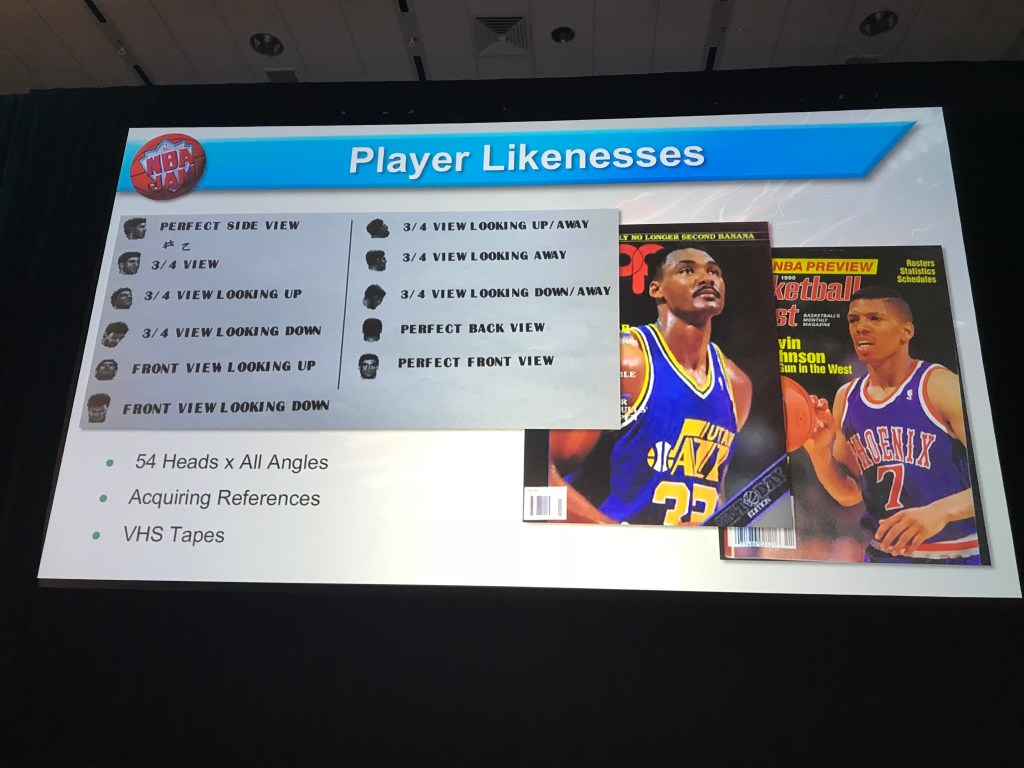 Above: It’s now an NBA game!

Getting the NBA license

At first, Midway didn’t think it could get the NBA license. Turmell said the thought didn’t even occur to them until about halfway in development. At that point, the quality of the game was becoming apparent. So why not see if the NBA would support it?

Midway prepared a video showcasing NBA Jam’s use of digitized actors. But the league didn’t offer its license at first. The NBA thought of arcades as seedy places that it didn’t want its logo in. Midway created another video showing the friendlier nature of arcades in places like malls and bowling alleys, and this won over the NBA. 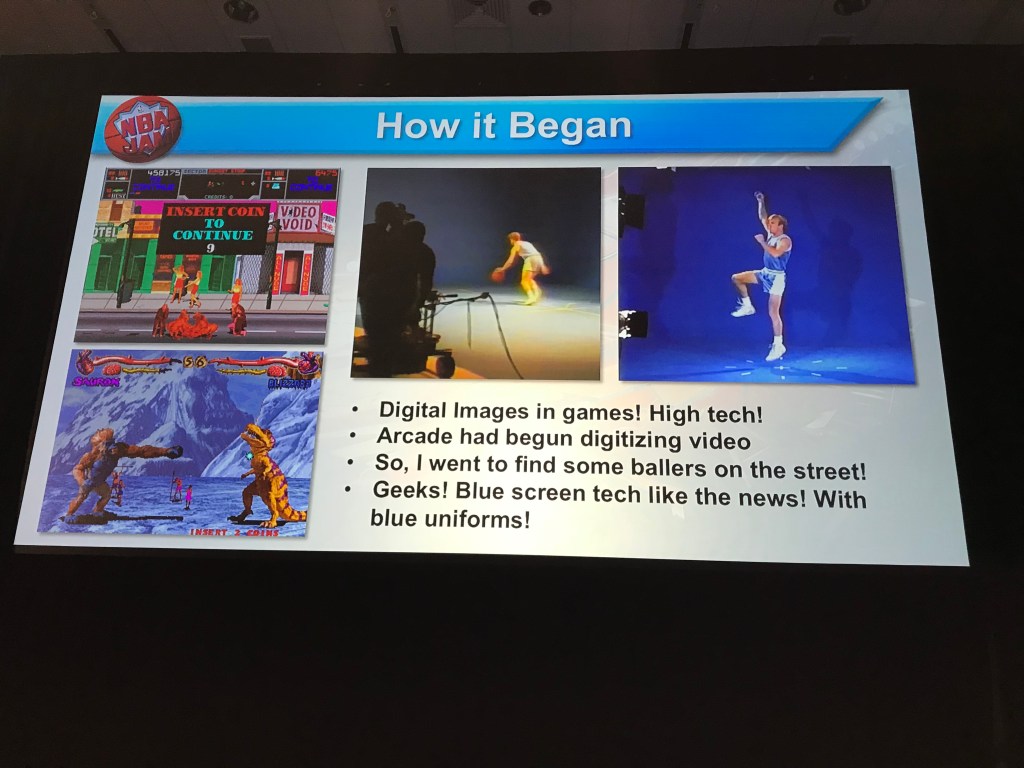 The hard process of creating players

Getting that license meant that Midway now had to turn its generic digital actors into recognizable NBA stars. It faced challenges making clean sprites out of its recorded footage. They filmed local basketball players performing moves in front of a blue screen. But the uneven lighting of the blue screen made it difficult to composite the footage. It didn’t help that they had the actor wearing a blue jersey.

So the team had to remove the actor from the video by hand and spend time cleaning up the sprites. They also had to create various skin tones to accommodate all the NBA players.

Putting the faces in was also difficult. This was before easy access to pictures on the internet. Midway would scour sports magazine and record footage of games hoping to find the right angles they needed for their players’ faces, and then they would digitize them and put them on top of their actor’s body. 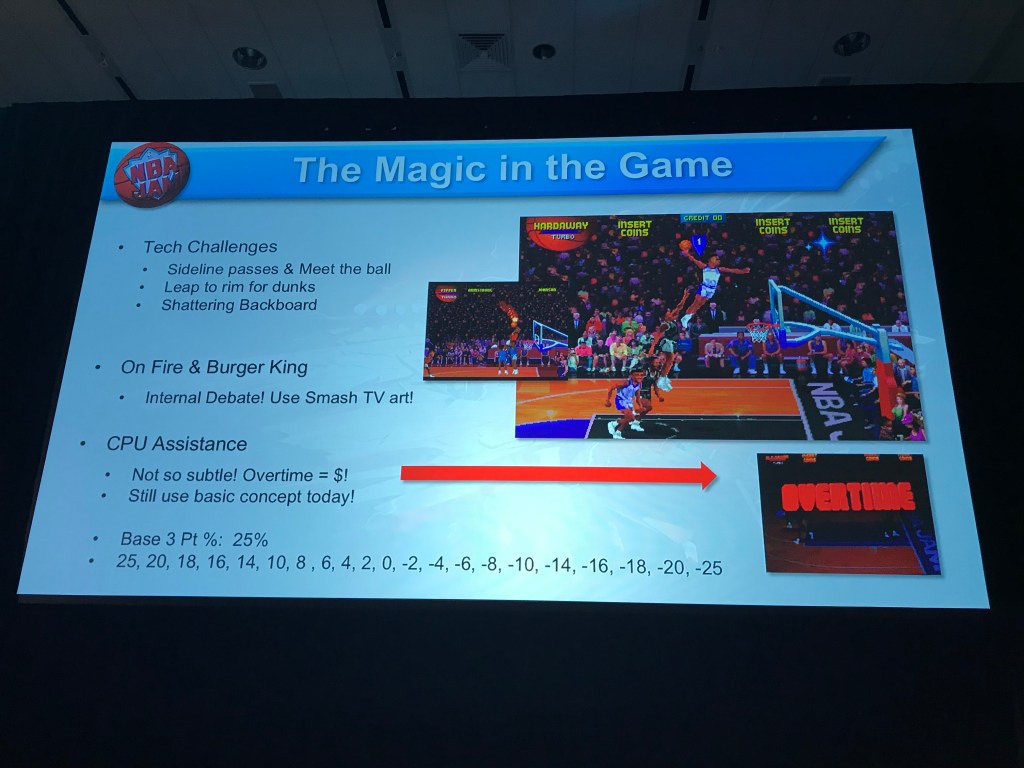 Above: That table of numbers on the bottom represents how the game changes stats.

The game cheats to help keep the score close

Have you ever noticed that you seem to miss more dunks when you’re way ahead? This is intentional coding designed to keep games close. The further you were ahead, the less likely your dunks were to connect. If you were behind, your shot percentages would go up. 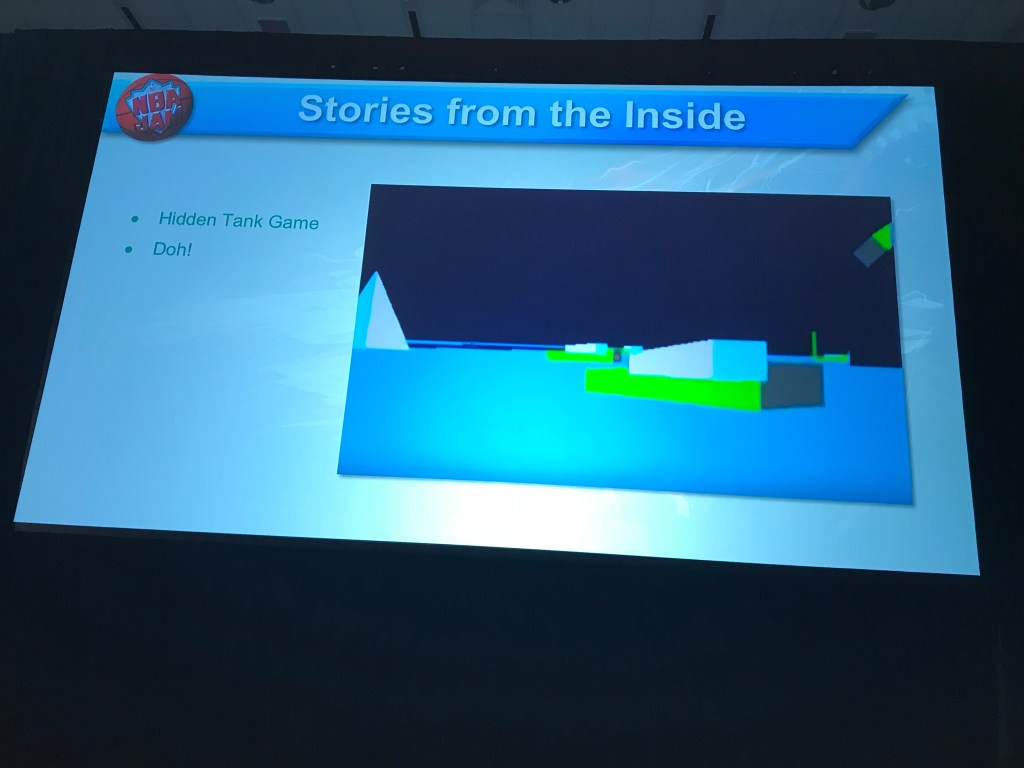 One Midway programmer spent spare time experimenting with 3D game design. He created a simple tank game that he could access with a special code.

This tank game made it into the final arcade cabinets. But not only was it playable, you could access it for free. You didn’t need to spend any quarters to get into the tank game.

If you want to try the hidden tank game yourself, just find an NBA Jam arcade machine. Then hold the joystick in the Down position and hold each button on both sides of the machine, as GameFaqs revealed. 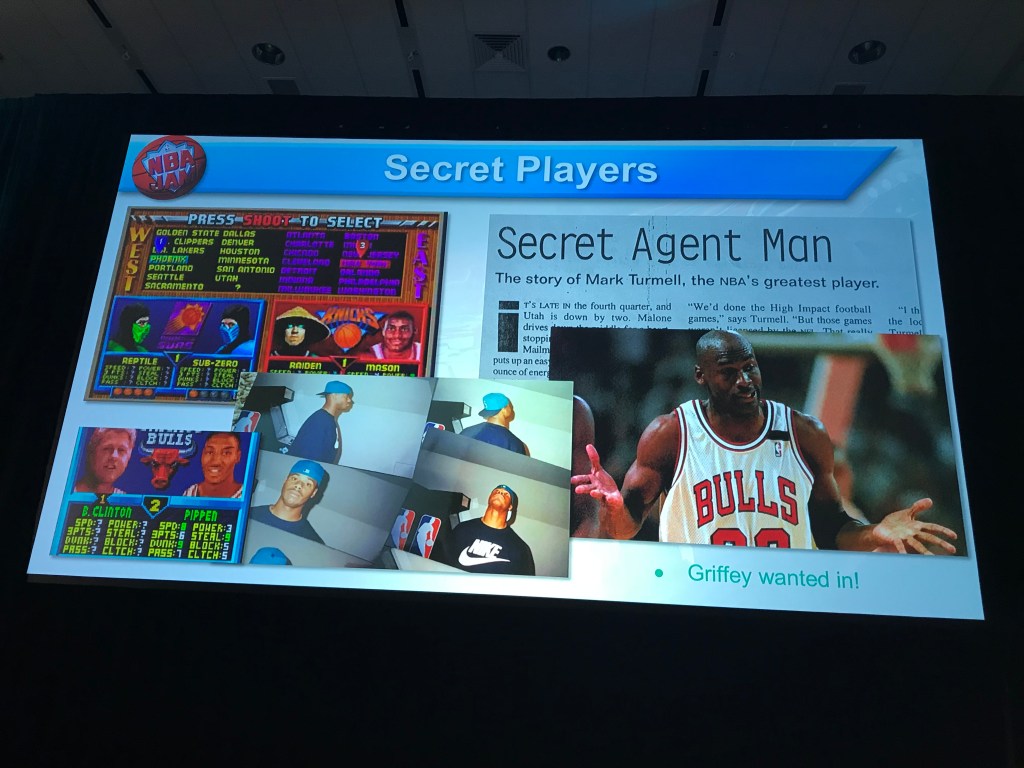 Ken Griffey Jr. really wanted to be in the game

NBA Jam was a cultural phenomena, so of course a lot of people wanted in. This was true of professional baseball player Ken Griffey Jr., who even took his own headshots and sent them to Midway.

Only a few versions of NBA Jam with Griffey in them exist. Supersonic’s star Gary Payton had a special version of the game made that includes him, Griffey, and Michael Jordan. Jordan wasn’t in the original version of NBA Jam because he handles his own licensing outside of the league While only a few of these Jordan machines exist, Purmell is working on releasing that version to the public.