Update: This two-part series is now available as an e-book for the Amazon Kindle for your reading comfort.

Editor’s note: This story is the first of two articles on the 10th anniversary of the launch of Microsoft’s Xbox video game console, which debuted Nov. 15, 2001. The narrative is based on recent interviews as well as my two books: Opening the Xbox: Inside Microsoft’s Plan to Unleash an Entertainment Revolution, published in 2002; and The Xbox 360 Uncloaked: The real story behind Microsoft’s next generation video game console, published in 2006. This piece follows the Xbox from conception to launch. Part two of the series traces the history from launch through today.

Microsoft launched its Xbox video game console a decade ago this week. Nobody expected it to succeed. The skeptics were out in force when the giant-size console launched on Nov. 15, 2001.

But it turned out to be successful beyond Microsoft’s wildest expectations. Microsoft lost (or, more politely, invested) more than $4 billion in the first console. But it has created an entertainment business that is now much more valuable than that, said Robbie Bach, the former head of Microsoft’s game business and the highest-ranking executive who was present at the beginning of the project through his retirement last year.

Microsoft’s second console, the Xbox 360, and the game business that goes with it are now churning out more than $1 billion in profits a year in what has become Microsoft’s most successful diversification to date. The making of the Xbox was a historic event that changed gaming forever, allowing Microsoft’s brand to be associated with something cool and sexy for the first time.

The console finally helped Microsoft wedge its way into the living room with a device that people craved. Now that box is a gateway to internet services, from online games to streaming video. The Xbox Live online gaming service, launched a year after the Xbox in 2002, represents Microsoft’s greatest achievement in the social market that has become key to engaging users for the long term. Not only did it create a true connected console and make online console gaming a reality, Xbox Live created an ongoing relationship with 35 million gamers and a live service that could be updated through software changes, not the introduction of new hardware.

“Today, the TV screen is just one of several where you want entertainment and other experiences,” Bach said a couple of weeks ago. “Xbox plays a central role in delivering that. It is now more than just gaming, but includes social interaction, video, TV, movies, and communications like Skype.”

For gamers, the Xbox brought a whole new landscape to gaming. Before, first-person shooters were a lucrative domain on the PC. But with the launch of its massive hit Halo, Microsoft migrated the first-person market to the game console. More broadly, consumers got to see the benefits of increased competition at a time when Sega’s failure had consolidated the market into two rivals. The result was a whirlwind of better games, improved graphics, and innovations in game play.

“More generally, it played an important role in making gaming a mainstream form of entertainment and broadening it to include video, music and other forms of entertainment,” Bach said.

Microsoft didn’t defeat its rivals Sony and Nintendo, but it has earned a measure of respect for its accomplishments in games. There’s no denying that Microsoft is now a force to be reckoned with.

A decade later, the original Xbox team has scattered to the winds. But we caught up with a number of the key members of the founding team to get their perspectives on the tenth anniversary of the Xbox.

“It feels awesome how it turned out,” said Seamus Blackley, one of the Xbox founders. “Xbox seems like a de facto, foregone conclusion in the history of games. It wasn’t. It was a tenuous thing for the first year. It is a testament to the people who made it happen.” 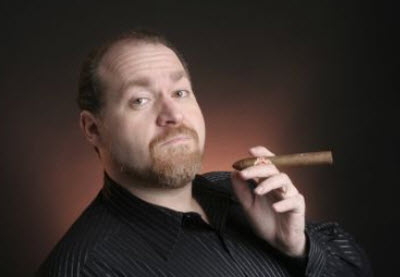 Before Xbox was born

At the beginning, Microsoft started with very little. The company had scraped together a game business with popular niche titles such as Microsoft Flight Simulator. In 1995, the team had about 150 game developers. At that time, Ed Fries took over the business and commissioned a game that would become a monster hit: Age of Empires, produced by Ensemble Studios in Dallas. It debuted in the fall of 1997 and Fries used the profits from that business to justify an expansion of the game development studios.

But Microsoft had no presence in consoles. By comparison, Sony had carved out 47 percent of the game console market with its PlayStation, soaring past both Nintendo and Sega on the strength of a flood of cool games.

Microsoft tried many times to create set-top boxes or game boxes for the living room that never saw the light of day. Sega agreed to use Micrsoft’s software for Dreamcast games, but that partnership went nowhere.

Meanwhile, in the 1990s, a trio of engineers that nicknamed themselve “the Beastie Boys” arrived at Microsoft. Three rather large, physically-imposing engineers — Alex St. John (pictured above), Eric Engstrom, and Craig Eisler — were renegades of the empire. In a strategy document dubbed Taking Fun Seriously II from 1995, they noted that Sony depended on third-party developers for much of its content and so it was vulnerable to having those developers lured to another platform. They thought the winning game platform would be the PC, which could adopt new technology a lot faster.

They saw the future of 3D graphics — then the domain of Silicon Graphics supercomputers — coming to the PC. To capitalize on that, they created DirectX, a set of technologies that enabled 3D software to run on a computer. DirectX would make it easy for game makers to create 3D games without having to port their games to every single graphics card that could be plugged into a PC. Spurned by their official bosses, the “Beastie Boys” worked on their own, stealing resources to make DirectX viable.

DirectX enabled the PC to take advantage of the enormous boosts in 3D graphics and keep up with consoles such as the Sony PlayStation. Were it not for DirectX, Microsoft would have had no foundation at all to build a software-based games business.

To court game developers, St. John threw lavish parties, like one themed Pax Romana, complete with “slave girls” and a Playboy Playmate who auctioned off guests to the audience. Maybe it was tasteless. But the industry adopted DirectX, embracing it even to the point where Microsoft’s proprietary Talisman graphics chip architecture never got off the ground.

Sadly, St. John got himself into hot water after he ordered a $2 million alien spaceship to be built as part of a gigantic game promotion. Then he got himself fired after he mouthed off in a “fuck you all” way, in a dripping-with-sarcasm response to criticism from a colleague. Then Microsoft found that the PC alone wasn’t quite enough to conquer the game industry. 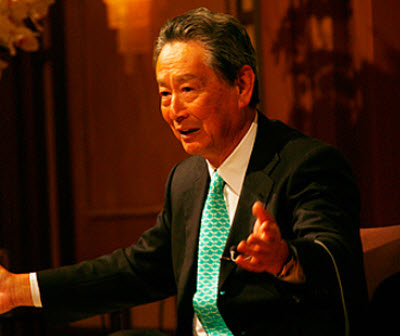 A state of panic

One of the apocryphal stories was that Bill Gates approached Sony’s CEO, Noboyuki Idei (pictured right), before the PlayStation 2 game console was announced. Gates wanted Sony to use Microsoft’s programming tools, but Idei turned Gates down. Idei said that Gates flew into a rage, taking the affront surprisingly personally. Later, Idei said in an interview with Ken Auletta of the New Yorker, “With Microsoft, open architecture means Microsoft architecture.”

Sony’s decision not to depend on Microsoft was no surprise. Everyone in the tech industry knew not to turn their back on Microsoft, based on what happened decades ago when IBM gave its PC operating system rights to Microsoft. So Sony decided to make its own software for its machine.

Sony announced the PS 2 on March 2, 1999. Sony game chief Ken Kutaragi called it a “revolutionary computer entertainment system set to reinvent the nature of video games.” Trip Hawkins, who ran the rival 3DO game company, called Sony’s box a “Trojan Horse,” meant to get into the home as a game machine and then becoming the gateway for all home entertainment. With such a machine, no one would need a personal computer in the home. Andrew House, then-senior vice president of marketing at Sony’s U.S. game division said that Sony had broader ambitions.

“If it is just a game console, then we have failed,” he said.

Gates had seen it coming. After his meeting with Sony’s Idei, Gates returned to Redmond, telling his people that Sony wanted the PS 2 to compete with the PC, that it was going to be more than a TV set-top or game box: It was going to be a threat to Microsoft’s Windows franchise. (Gates recalled the meeting with Idei as amiable.)

The PC and consumer electronics were on a collision course, and the press was already talking about a “post-PC era.” Gates held a strategic retreat where his executive team focused on two pillars, the first based on productivity software such as Microsoft Office, and the second based on home computing and entertainment. At the end of the retreat, the executive team decided it had to delve deeper into gaming and come up with an answer to the PlayStation 2. Games were on the cusp of breaking out into the mass market and could even become bigger than the movies. The fear that Microsoft would miss out on this lucrative market flowed down from the top.