A growing team, with ruffled feathers 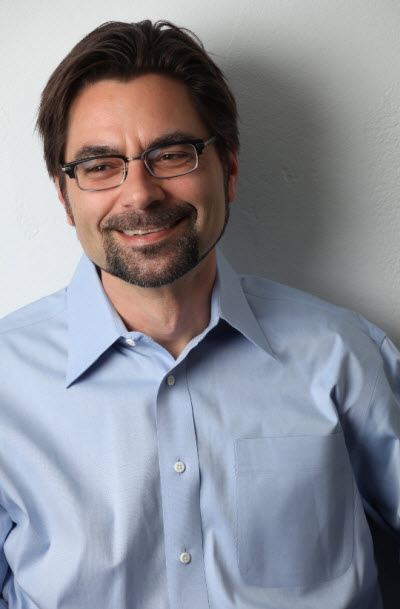 With official approval, Rick Thompson got drafted to be the boss. He kept saying he “wasn’t big enough for this job.” Under threat of a mean-looking Steve Ballmer, who had the habit of smacking a baseball bat into his palm during serious meetings, Thompson reluctantly agreed to head the business as general manager. Robbie Bach became the executive who owned the business, supervising Thompson.

The team had strong personalities who had the “ego to put up with any amount of criticism and make people believe in the project,” Drew Angeloff said, as well as “the smarts to create a compelling pitch, turn that pitch into a strategy and tactics, and execute.”

As Xbox gathered steam, it became as fun as working for a startup. Bachus said, “Without question, the most memorable part of my Xbox experience, personally, was the fantastic team I got to work with (and help to build). Every memory I have of that time has much, much more to do with personal interactions – with my three fellow original “instigators.”

Nat Brown helped recruit J Allard, who had shipped a lot of products and was the Young Turk who convinced Bill Gates to get excited about the internet. When Allard and his buddy Cameron Ferroni arrived, they had the ear and respect of Rick Thompson, the general manager.

But as the team grew, some members weren’t comfortable with the loss of control that came with it. Hase and Berkes (pictured right)  dropped out of the project, returning to their day jobs, as the project morphed beyond their original vision.

Berkes had originally hoped the machine would be more like a PC than a console, where it was profitable on its own merits. But as time passed, the Xbox model morphed into a pure console model, where the machine sold for a low price, losing money on hardware and making it up in later years via cost reductions and game sales.

“The concept we originally envisioned was designed to be profitable and to disrupt the traditional razor and razor blades game console model,” Berkes said. “Obviously the business approach deviated significantly.”

Brown, who felt quite comfortable handing off a project because he had done so before, decided to take a leave of absence from Microsoft. But upon joining, Allard had to smooth things over with Blackley, who also didn’t like losing control of the project and didn’t get along with Thompson. One of the things that Thompson held against Blackley was that vendors who were brought in by the Xbox team were starting to get unpredictable, charging higher prices than they had initially proposed for components. That wasn’t exactly fair, as the vendors curried favor with low quotes and then switched their bids to more realistic pricing. Still, it hurt the credibility of the Xbox founders, who had secured those initial quotes in the first place. Blackley and Bachus found they had to carve out new roles. They both agreed to stick it out.

“Part of it was Trespasser,” Blackley recalled, even as he felt some grief about the hijacking of the Xbox. “I was not going to fail again. I decided I could react to Trespasser by making it make me stronger or weaker.” 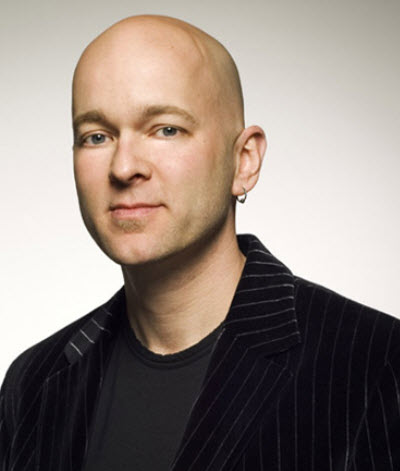 J Allard was installed as the project manager under Thompson, tasked with the technical job of making the Xbox happen. At first Allard (pictured right) was skeptical of a Windows-based “eMachines for games” PC.

But as he returned to his childhood love of video games, he got excited about the challenge. Steve Ballmer challenged Allard to “build another Microsoft in entertainment.” Allard then brought in the “FOJ, or friends of J,” such as Jeff Henshaw. Thompson recruited hardware executive Todd Holmdahl, who ran the mouse division, as the hardware integration chief.

The technical team included experts like Rob Wyatt, Mike Sartain and Mike Abrash. They had the job of defining what the Xbox would be, to create cool things that showed developers the potential of the Xbox was, and to interface with game developers on technical matters. Blackley came to relish the role, as it put him in touch with the most important game developers around the world. He was the ideal missionary because of his own roots in technical game development.

Drew Angeloff, who joined Microsoft’s ATG and handled a bunch of tasks related to building demo machines and tools, remembers the time as a specially rewarding one, with a passionate team and a far-reaching goal.

Bachus acted for a short while as a product planner, but ultimately built and ran a third-party developer relations team that was responsible for attracting game publisher support for the Xbox and then overseeing the development of games for the Xbox. He had to build a team of account managers who held the hands of publishers and guided them through the capabilities of the new console. As much as he could, Bachus exploited the fact that developers had a hard time working with either Sony or Nintendo. In one three-week period, Bachus and Blackley visited 40 game publishers and developers.

New arrivals came by the day. David Hufford signed on as the first public relations guy and started building a team of “storytellers.” Horace Luke joined to create the industrial design for the Xbox. It was such a diverse group that Allard said, “These guys would never accidentally meet by walking into a bar.”

Blackley said, “It was a cast of characters. Microsoft had the full spectrum of wackos in the best way.” 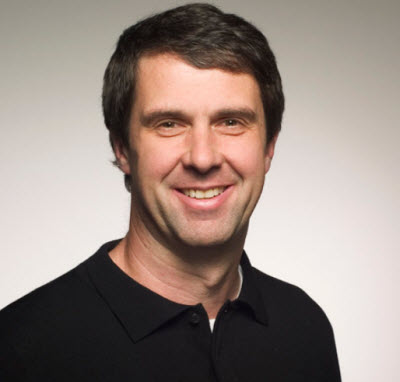 When you’re starting a billion-dollar business inside a company like Microsoft, it can feel like a startup. But everybody involved had to do their jobs at 100 miles per hour, Blackley said.

“If one person wasn’t delivering what they were supposed to, it had a huge impact,” Blackley said. “I don’t think people appreciate that in that first year, it was not a foregone conclusion.”

Now his job was to “orchestrate the teams so that they worked together to create a great Xbox ecosystem.” He had to oversee everything from strategy development to relationships with key retailers and publishers.

The challenges kept getting bigger and bigger. After lining up support within the company, the team had to go out and find hardware partners, game publishers, and developers to support the mission.

“It’s one thing to come up with the capital to build a console,” said Drew Angeloff. “I think there are actually a lot of potential big players who could build a console. However, very few of these players would be comfortable with the risk of starting a such a huge endeavor. Also I’m not sure how many big players would be willing to sign up to take on fierce and brilliant competitors like Sony and Nintendo.”

Microsoft certainly had the cash to carry on a fight with Nintendo and Sony. Rick Thompson tried his best to go shopping. He asked if Nintendo, Sega, Electronic Arts or others would agree to be acquired by Microsoft as a way of jumpstarting its Xbox game portfolio. But that was a very expensive way to get into the business, and ultimately Steve Ballmer pressed the Xbox team to figure out an organic path to profitability. Thompson got more and more worried. The clock was ticking away for a launch in the fall of 2000. 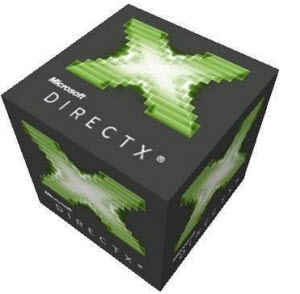 Bait and switch on Bill Gates

Allard and Ferroni took charge of creating the operating system for the Xbox. They started with Windows and started tossing things out that a game box didn’t need. Finally, they came to a grave conclusion and went to Bill Gates.

Allard and operating system expert Jon Thomason told Gates that the box wouldn’t run Windows. It was too clunky and the Xbox operating system had to be streamlined to run games at the fastest possible speeds. Gates hated the idea, but relented. It more or less became a DirectX operating system. So much for the sacred cow at Microsoft.

“I think that was the closest Bill ever got to strangling me,” Allard said.

Gates had originally favored the Xbox group because it supported Windows. Now he had been hoodwinked, as the team was taking Windows out of the Xbox.

“I guess you could say we did a bait and switch,” Nat Brown said.

The Xbox started to take shape in other ways too. Fries believed that one of the best decisions was when Bach decided not to put a standard dial-up modem and instead make the box into an Ethernet-only high-speed internet device. That was another decision that Gates hated at first. But making the box broadband-only would raise the bar for developers and online gaming. Also, removing the modem knocked out $5.18 per box. That added up to $221 million in savings if the machine sold 43 million units.

“This was very controversial at the time and was clearly the correct decision in retrospect,” Ed Fries said recently.

Arguments went back and forth about the hard drive. Developers loved it, but its cost could never be cut to less than $50 over the life of the product. The team knew it would be the main reason for the machine’s cost overruns. As the decisions got made, the fall of 1999 came and went without any announcement from Microsoft.

On a design basis, Drew Angeloff looks back on the decision to put the power supply in the box rather than in the cable as a big mistake. Including the power supply made the box much bigger, with a gigantic fan to go with it that took up a huge amount of available space.

That doomed the industrial designed to be a huge, VCR-sized box. Horace Luke had trouble with the size, but he started sketching and molding away at prototypes.

Looking at research, Luke decided, “Green is the signature color of technology ever since the beginning of time.” That’s a nice cover story, Blackley recalled, but he really believed Luke used green because it was the only one he had handy. Other people had stolen his other color markers.

Fortunately, Sony, Nintendo and Sega had all avoided green for some reason. Luke visited dozens of homes to see how people used game consoles in their homes and where they put them. He made sure that the Xbox cables were nine feet long — longer than the other consoles’ cables — because that way players could sit on couches that were far from their TV screens.

He settled on a rectangle design with a big X emblazoned in the middle. In arguments with Luke over expensive design elements, Blackley said, “We needed to learn that cool was just as important as cost.” Luke finally stuck a glowing green orb, a jewel that exuded “nuclear energy,” at the center of the X.

Eventually, Luke learned he had to design a fake box that was the “show box,” or one that was meant to be taken on the road to impress supporters. This one would be a chrome box in the shape of an X. Later on, Luke’s hands would turn black as he polished the chrome on the show box.