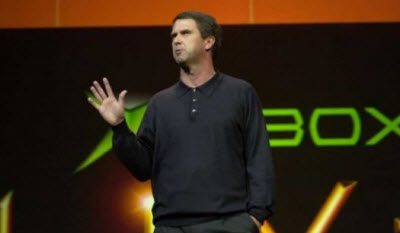 At the E3 trade show in 2001, the big three console makers had their chance to show off their new titles to the world. Ed Fries and others had lined up scores of titles from internal and external developers. EA and other publishers were stepping forward. Big titles were coming from the likes of Lionhead Studios and Oddworld.

Robbie Bach came out on stage at a press conference at a big Los Angeles sound stage. He announced the Xbox would debut for $299 in November, 2001. Bach tried to turn on the Xbox at the E3 presentation, only to have it fail.

“Let’s get that video up,” Bach said, referring to a feed showing the Xbox powering up. One of Blackley’s cool animated demo films didn’t run at all. On stage and at the Microsoft booth, demos didn’t work so well because the prototype Xbox machines were running at about a third of the machine’s proposed speed. Bach said that 80 Xbox titles were in the works, including 27 online games.

Years later, Bach still remembers the event as “my worst presentation ever.”

By comparison, Sony outdid Microsoft in every way. Sony announced it had sold more than 10 million PS 2s since March, 2000. Then Sony trotted out a bunch of exclusives, from Gran Turismo 3 to Metal Gear Solid 2 and a new Final Fantasy title. It was an impressive showing. Where Microsoft got developers on stage, Sony got the true artists, or company CEOs. Even Sony’s party put Microsoft’s to shame. It was a serious case of one-upmanship.

At E3, it seemed like Microsoft had brought a knife to a gunfight. Microsoft was hoping for the Battle of Midway, and instead it got hit with Pearl Harbor. When Journalist Steve Kent told a Microsoft PR person what went wrong for Microsoft at E3, the conversation lasted 90 minutes.

Just after E3, Kevin Bachus had left Microsoft. With his buddy gone, Blackley was determined to get the job done.

But it looked like the Xbox was all set to be a failure. Sherry McKenna, head of Oddworld and an ally of Microsoft’s, said, “E3 broke my heart.” 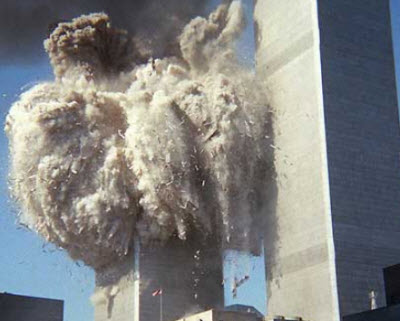 Microsoft worked to move from the hype stage through the backlash and back to being cool again.

In the run-up to the launch of the Xbox, Bach flew into New York on the morning of 9/11. The terrorist attacks took down the twin towers and disrupted travel across the nation.

Blackley was also flying that morning, and happened to be in a JetBlue plane flying over New York on 9/11, as the smoke consumed Manhattan. He was watching it unfold on CNN on the screen in front of him. The pilot diverted the plane to Buffalo, N.Y.

Overnight, the world changed. The U.S. plunged into a standstill. The market for all sorts of things, from books to air travel, dried up. In the midst of such a fear-induced recession, coming on the heels of the catastrophic dot-com crash, consumers were likely to be in no mood to buy something so trivial as a game machine. On the other hand, there was always the chance that miserable consumers would seek out entertainment as a kind of distraction or solace. For the Xbox launch, it raised a cloud of uncertainty.

Bach ended up snagging a Ford Taurus and driving across the country back to Seattle with three other Microsoft people.

“Reminded me that America is an amazing country,” Bach said.

Blackley later said, “You can think of the Xbox as research into human happiness. You don’t want those guys to stop you from doing things that make you happy.”

Little by little, the fears of 9/11 became distant, and the idea celebrating the holidays with shopping slowly came back into the forefront for consumers. Later, at the Tokyo Game Show, Blackley was stunned to see a bunch of Microsoft Xbox ads all over one of the subway lines. He became so emotional that he started crying. 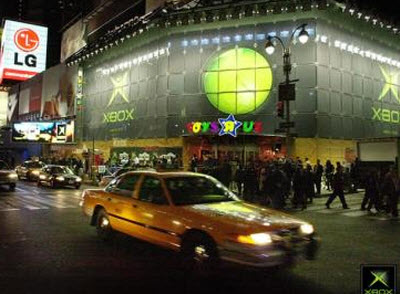 The launch in Times Square

Microsoft canceled some press events, like one for European press in Tunisia. Although it was only a couple of months after 9/11, Mayor Rudolph Giuliani requested that Microsoft continue with its plan to launch the Xbox at the giant Toys ‘R Us store in Times Square.

“They wanted to showcase the city’s resilience,” said David Hufford. “That New York City was open for business and was still the business capital of the world.”

The launch was full of uncertainty. The city didn’t exactly know how to handle the crowds, and the four-story, 101,000-square-feet store was not yet open to the public.

“On top of that, we did not know whether we had a hit on our hands with Xbox,” Hufford said. “We built it, but would they come?”

J Allard stood on a street corner with white-dyed hair and a light green shirt. A kid asked him if he knew about the Xbox.

“Yeah, I do,” Allard said, explaining why the kid should buy one.

Bill Gates walked up and down the line and shook hands with all of the fans. He played a round of the fighting game Dead or Alive 3 with his wrestling buddy, The Rock. The crowd erupted in shouts of  “Bill, Bill, Bill.” At midnight, Gates handed over the first Xbox to Edward Glucksman, a 20-year-old from Keansburg, N.J., who had waited 12 hours in line. 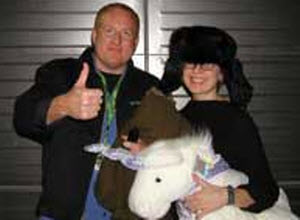 Robbie Bach was beaming in the store, talking about how proud he was at that moment. Blackley introduced his girlfriend, Van Burnham, to Bill Gates. Gates bantered a little and said, “You know Seamus, I think she could help you get your act together.”

“You think so?” Blackley said. “Something has to.”

“You ought to marry her,” Gates said.

Blackley replied, “You think so?”

Gates handed Blackley a ring with a square-shaped diamond and a couple of baguettes on each side.

Blackley got down on one knee and proposed. Burnham said yes. They kissed. John Eyler, the CEO of Toys ‘R Us, handed Burnham a giant stuffed unicorn as a gift.

Looking back, Blackley said, “If you are going to make a big bet in life, why not double down? What are the two biggest things you can do in life? I thought it was time to go big or go home.” 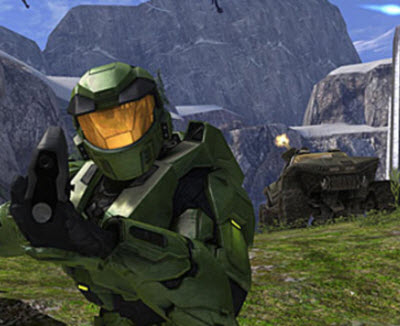 At the Consumer Electronics Show in 2002, Robbie Bach proudly announced that Microsoft had hit its target of selling 1.5 million units in its first season in the U.S. market. It was enough to give Microsoft a foothold in the market.

Halo, the sci-fi shooting game from Bungie, turned out to be the smash hit on the Xbox. Fans fell for Master Chief (pictured right) and Bungie’s masterful work of art, which had everything from haunting, pulse-pounding music to stunningly beautiful scenes and breathtaking combat.

More launches would follow. Microsoft eventually surpassed Nintendo, taking second place in the console generation. But for every machine that Microsoft sold at $299 at the outset, it was losing about $126, thanks to the $425 cost of the machine. The losses mounted as Microsoft sold more machines; it had to match Sony’s price cuts along the way, but could never cost reduce the machine enough to make money on hardware alone. And it was just too hard to sell enough games to make up for the hardware losses.

Sony had the last laugh. Before Microsoft sold its first Xbox, Sony had sold more than 20 million PS 2s. Microsoft would have to wait for its second generation machine, the Xbox 360, before it could have a shot at taking down Sony. Microsoft was never able to catch up in the first generation.

“Xbox One was cool,” Blackley said. “Perhaps not as decisively innovative as Microsoft would have hoped. But it is a great example of Microsoft taking an entrepreneurial bet.”

Read part 2 of VentureBeat’s history of the Xbox: Microsoft’s journey to the next generation