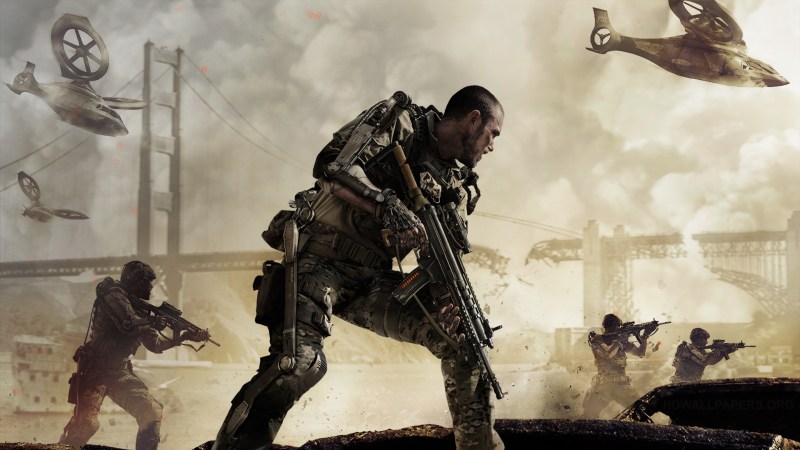 Above: Call of Duty: Adavanced Warfare

GamesBeat: It’s an interesting dilemma. If you don’t point out some of the inequity in the industry, it just continues, but at the same time that scares people.

Rausch: Very true. It’s hard to explain to someone who’s looking from the outside. There’s a reality to it, but there’s another side as well, which is that there are a lot of decent people out there who want a diverse group of people working in the industry. It gives us different perspectives and points of view about games.

I hear people complain that games are always skewed toward men. I hear that a lot from girls in high school when we do career days. I’ve said, “Well, maybe you need to be in the industry. Maybe you need to pursue computer gaming, computer science, so you can use what you want to do and create a game that every woman can play.” You can’t expect people to do it for you. Why not do it yourself? That’s where I try to focus. We can focus on all the negative things that happen in various industries and be afraid of that, or we can create a different perspective and work toward that.

If you think about it, it’s difficult to change the current situation. We do hire more women in our group. Animation Vertigo is about 25 percent women on our team. I’d love to have more. There’s a balance when it comes to how women and men work, especially in this field. But unfortunately, I just don’t have a lot of women applying. It’s a dilemma. As much as I’d love to have more women around, women need to apply for these positions. They need to want to be in the industry and join the industry.

Rausch: I was once asked, “What do you think about how women are portrayed in video games?” I may not have the most popular way of thinking, but I think of it in the same way — I don’t expect men to look like He-Man, on steroids with giant swords and hammers and amazingly cut abs. It’s the same way. It’s a stereotype that’s been pushed to the max to become a completely fantastical creation. 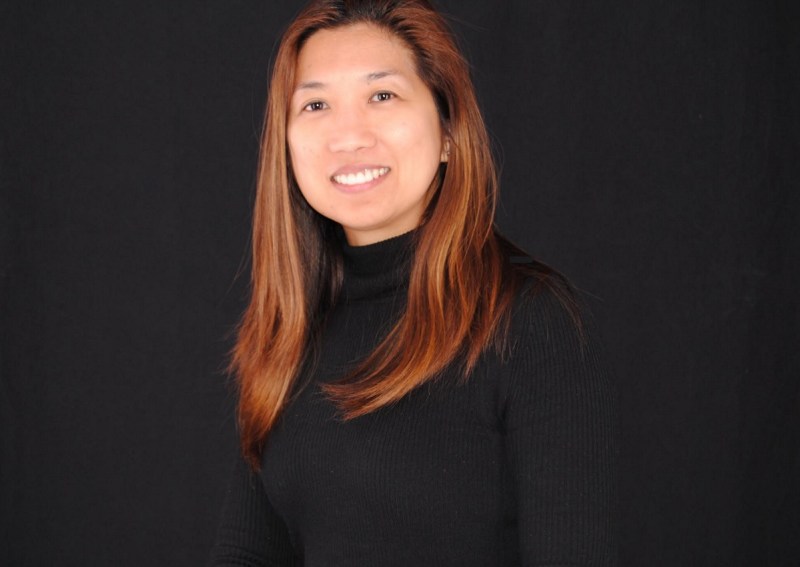 There are more women heroes now that are still feminine, but not stereotypical. They’re not overly sexual. They’re more realistic. They’re maybe not as physically strong, but they’re mentally adept. They can create and plan in order to reach their goals. That’s great. As games develop, we’re seeing IP released out there that isn’t just fantasy, but it’s not just that. We’re seeing stories that are more realistically human, where you’re trying to solve a mystery or get to someother end goal. As long as we have more content that features different kinds of heroes and heroines and makes people look at gaming through different eyes — not just fighting in war or fighting dragons or whatever.

Gaming, especially with the technology we have now — we have a ton of things open for everyone to try. We can expand the market. There can be something for everyone.

GamesBeat: The character of Elena in the Uncharted games was an interesting departure, I thought. She’s attractive, but realistic. She’s focused as much on her intelligence and wit. It’s interesting to see how characters like that come about in motion capture. You can replicate those aspects of a person, or also distort a person in ways that are more real or less real.

Rausch: You see that in games like Beyond, with Ellen Page. I thought she looked amazingly Ellen Page-ey. It’s brilliantly done, great scanning work. We worked on that one. You start with things that look more like 3D animation, about 10 years ago, and come forward to today, where you can say, “That’s this guy or that guy. That’s Willem Dafoe. That’s Ellen Page.” They look real.

There’s also an opposite side of that, too — “Wow, that’s an amazingly huge ogre.” And it all happens through motion capture.

GamesBeat: How did you guys on the tech side get to where you are, working on these big marquee games?

Rausch: We’re fortunate to work with various clients who have various end goals. For Quantic Dream, they were big on directorship, on the artistic, on making sure that people felt the emotion of each character. I thought that was quite a unique experience, working with them.

When we work with other clients, it’s usually more like, “Okay, there will be five people here and a lot of interaction, so we need to make sure we get all this motion and action.” Heavy Rain was the first time where I sat down with the client and we discussed — they wanted us to know what the emotions of the story were, what the suspense was about. We talked less about motion and more about emotion, how that should translate in the data. Their director was very involved in the shooting. We needed to make sure we captured that and brought it back to them. It was pretty unique.

GamesBeat: If you look at the current consoles, the Xbox One and PlayStation 4, do you think we’ve hit a point where we cross the uncanny valley?

We’ve been touching on the uncanny valley a few times over the years, and it really boils down to how the artistic team can present it — finding a way to present it such that people can embrace it and not feel uneasy, if that makes sense.

GamesBeat: It’s always a moving target. One thing may look fake in one game, and in the next game something else comes into the foreground. I played Until Dawn this summer. A lot of the face work looks great. Sometimes, when they open their mouths, you see something that looks a little inhuman, though. Or when you look at the whole body’s movement, the way they move through the environment, that becomes the part that doesn’t look real.

Rausch: Yep. It’s very interesting. When we were working on Until Dawn, they would show me some scenes that they had each time we visited, and I was amazed how I was brought into the game. During the suspenseful moments, I actually jumped. I don’t like telling that to people, because it’s embarrassing, but it worked. And they’d say, “Hey, that’s good. I’m glad you were surprised by it.”

But it’s true. The face, especially, is where we get the most criticism. It’s something that you and I would look at and understand — there are some nuances that we can pick up that are very subtle, subtle enough that they sometimes aren’t conveyed by an actor in a game. It could be the engine, or how it was pushed through the rendering, or whatever. But somehow, sometimes, the face just doesn’t quite look right. Like you said, it can look great, and then there are times where the mouth just seems oddly shaped, for lack of a better term. “Can my mouth do that?”

That’s what they work on. That’s what technology is always trying to improve, trying to keep pushing so we can find the solution to getting those nuances right. The question is, like you said, do you cross the line and have that feeling where it’s too real?