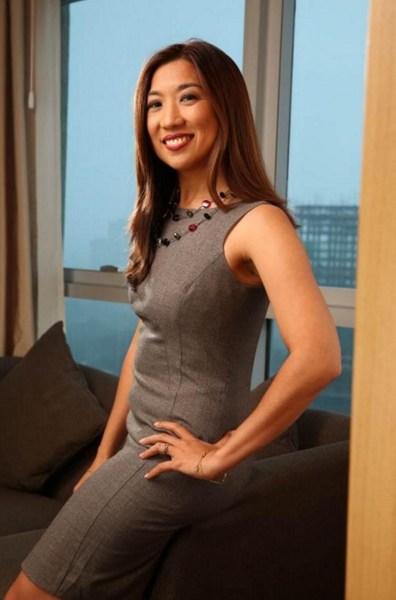 Above: Marla Rausch has been in motion-capture for 15 years.

GamesBeat: How much progress do you think can be made now, either by artists or people like your company or the vendors that are helping you? What parts have to progress in order to make graphics more realistic?

Rausch: It’s all working together. Pipelines work depending on what the outcome might be. Sometimes you create your own pipeline that will be able to establish the outcome you want. Sometimes people might try to create a basis from this game or that engine and put pieces together that may not necessarily fit so well.

It’s not anybody’s fault — technology’s fault, the developer’s fault, the production company’s fault. It’s trying to produce something that the market will want, when they expect it, as fast as they can. That’s all added into the equation. We need to get something out on this date. What can we do? At that point you look at what options you have to make the deadline.

GamesBeat: Is it going to take more hardware, a next generation of consoles, or just more learning about how to do humans right?

Rausch: What we have now are the best consoles we’ve ever had as far as showing amazing animation. It’s a matter of putting these pieces of technology together correctly to where it conveys what you want. Technology is only as good as the people using it. If the people using it are still trying to find out the best way to get the product they need — things like body data just go through the process until you finally realize, “This is the best way to do it. This is how we can get the most realistic eyes.” Or mouths, or emotions on the bottom half of the face, results that look realistic.

Sometimes I’ll look at animation and think, “It doesn’t look like they’re talking so much as it looks like they’re chewing.” It’s figuring out things like that, the sweet spot between technology, talent, and the skills that will use it all. Until the next console, or the next big technological jump. Then everyone will be doing the same learning all over again.

GamesBeat: Maybe we’ll get our perfect woman character by then.

Rausch: Exactly. She’ll be completely badass and smart and rule the world. [laughs]

GamesBeat: Do they want you to airbrush them at all?

Rausch: [laughs] That’s for the scanning people to handle.

GamesBeat: Do you see the kind of work you do in games crossing over and meeting movie production at some point? Is the technology basically the same?

Rausch: We’re seeing a lot more — especially when you look at cinematics in games. They’re basically little movies in the game world now. You can see that the animation and screenwriting and acting are being pushed further and further toward the film world. A lot of films use motion capture and what can be done with it, too. Characters like Smaug in The Hobbit or certain parts of Star Wars. They had that fantastic piece where one of the actresses had her face lit up with facial markers.

With their budgets, it’s easier – although I’d put quotes around that — to push technology more. They have more money and more time to use it and test it. We’ve been involved in a few projects, although unfortunately I can’t mention which ones. It’s pretty interesting, the difference in scope compared to gaming. But the technology and the resources we use are similar.

I’m excited for the future. There’s so much more going on now, when you talk about the potential for integrating what we do with motion capture and 3D animation into mobile gaming, given the kinds of technology that Unity and Unreal are able to push through and how they look. It’ll be interesting to find out what next-generation media can use and how motion capture can be a part of that.

Nowadays, though, we’re starting to see those show up again, and mobile games as well. That’s what the people making this technology want to see. As a gamer, as someone who watches and plays games, when you look at something on the iPad, you want to expect that level of quality and realism now. We want to make sure the market will be able to accept that.

We see so much coming up in the future that will be different and exciting. I’m looking forward to a time when I’ll be able to say, “Hey, we were involved in that, and isn’t it the most amazing thing you’ve ever seen?” I can’t wait.