Ana Ribeiro gave up everything to learn game design. She quit her steady government job, abandoned her flourishing empada business, sold her possessions, and left Brazil behind to study in the U.K.. So it’s perhaps no real surprise that the former pie maker didn’t let an expired U.K. visa stop her from building her innovative virtual reality game, Pixel Ripped 1989.

She’s now working out of a startup accelerator in Silicon Valley, trying hard to finish off the project along with her business partner and co-developer Steph Keegan. But the journey to this point hasn’t been easy, especially during those rainy months working out of Brazil with a janky Internet connection.

The trouble with investors

Ribeiro graduated in game design from the U.K.’s prestigious National Film and Television School (NFTS) back in December. After graduation, she started getting serious about finishing and releasing her final-year project — then known as Pixel Rift. But getting the funds to help proved impossible.

“The investor meetings were horrible,” said Ribeiro in a Skype chat last week. “We’ve been through nearly 10 meetings. They went really badly.” 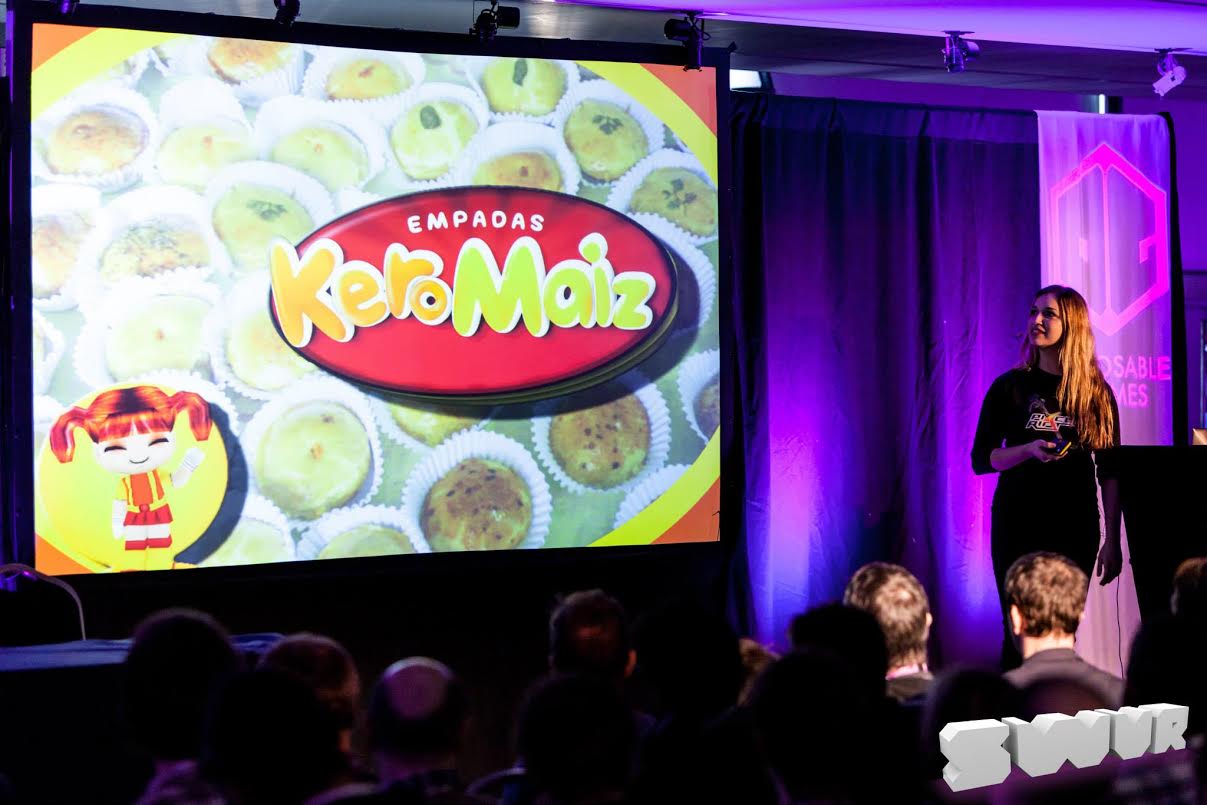 Above: Ribeiro has been talking about her journey into game design at a number of industry events.

Ribeiro doesn’t think that, as recent graduates, she and Keegan — whom she met while studying at NFTS — got fair treatment from potential investors who were asking too much. Some wanted to own the Pixel Ripped intellectual property outright, others wanted an outside team to actually make the game, and some wanted to change it into a completely different experience.

“Some of them asked, ‘What if the game was an MMO [massively multiplayer online game]?’ or ‘What if people could pay monthly?'” said Ribeiro.

Without sufficient money in her new business to convince the U.K. authorities she should stay, Ribeiro had no choice but to head back to Brazil. She ended up leaving the U.K. the day before her visa ran out, arriving in South America in the dead of night. 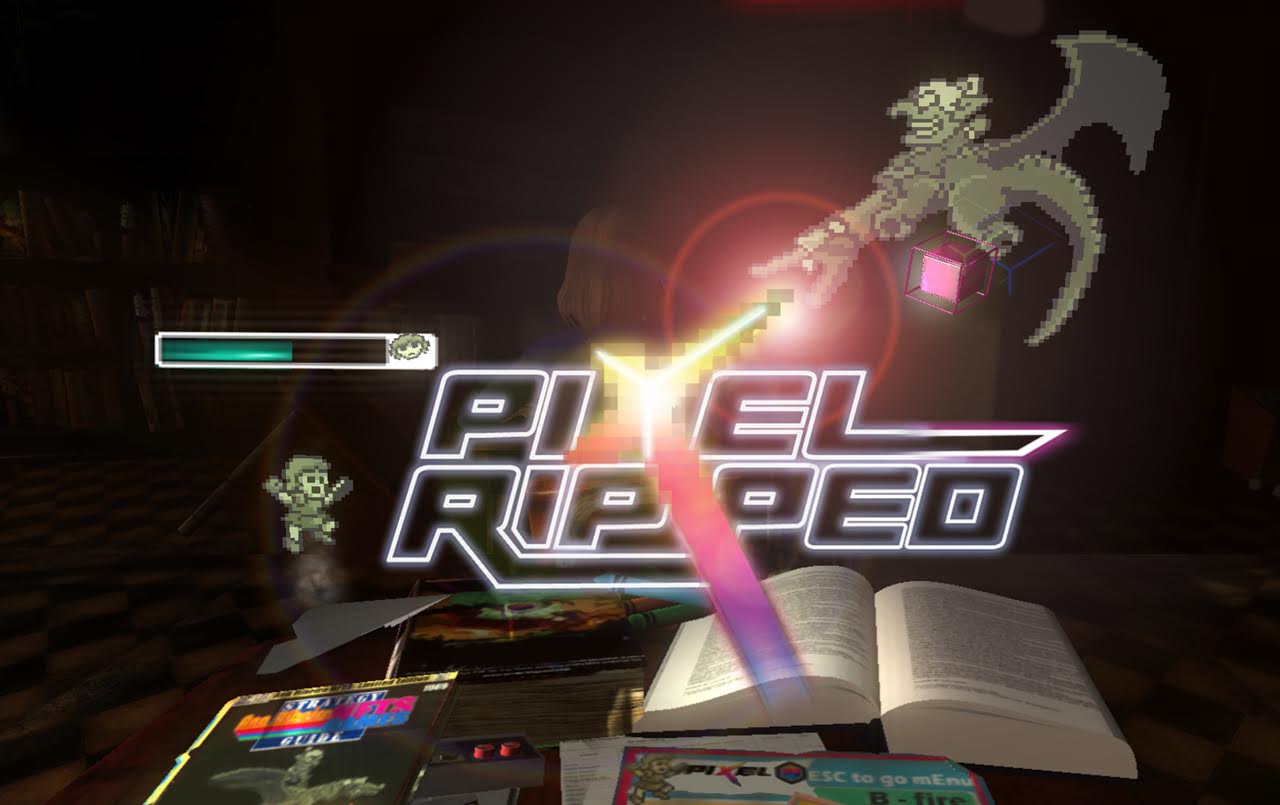 Above: Pixel Ripped is a super clever game-within-a-game for VR devices.

Being back in Brazil didn’t stop Ribeiro from working on Pixel Ripped, but it made things very tough. “We were working by Skype; it was just horrible,” she said. “My family is from the north of Brazil. On the beach where we live, there’s just phone Internet.”

Some days, particularly when the heavy winter rains were falling, the Internet would go down completely.

But Ribeiro still managed to enter a Gear VR game jam, heading back to England to work weekends with Keegan. Over just three weekends, they came up with a new project called The Bouncinators — a VR game in which you’re a robot bouncer standing outside a nightclub.

Ribeiro managed to enter The Bouncinators in the competition just before the deadline was up by jumping in a cab with her mom and racing to her brother’s house — typically, her own Internet connection had gone down at exactly the wrong moment.

That cab ride was worth the effort as The Bouncinators won the Community’s Choice Game award, along with a $10,000 prize.

L.A. and the ‘murder hotel’

After two months of working remotely from Brazil, Ribeiro signed Pixel Ripped up to the IndieCade section at the Electronic Entertainment Expo (E3) in Los Angeles. While the trip was interesting, it was far from a total success.

“It was not as exciting as we thought,” said Ribeiro, explaining how it was difficult to get attention without a special setup or some fancy VR controllers for people to play with. “All the press who went for virtual reality went for the big stands.”

And Ribeiro and Keegan soon discovered that they’d booked into an L.A. hotel with a very colorful history: the Cecil Hotel, now re-branded as Stay on Main.

“We realized when we were there, we were in a murder hotel,” said Ribeiro, referring to the suicides and murders known to have occurred in the off-Skid Row location. The most famous recent incident was Elisa Lam, the 21-year-old student who mysteriously died in the hotel’s rooftop water tank, where her body lay undiscovered for weeks — contaminating the hotel’s drinking water in the process. Lam’s story is the now inspiration behind the upcoming fifth season of television show American Horror Story.

“We were talking to people from the event, and they were like, ‘You’re staying in that hotel?’” said Ribeiro.

The revelation made for an uncomfortable stay. “Don’t go there,” said Ribeiro. “It was really creepy.” 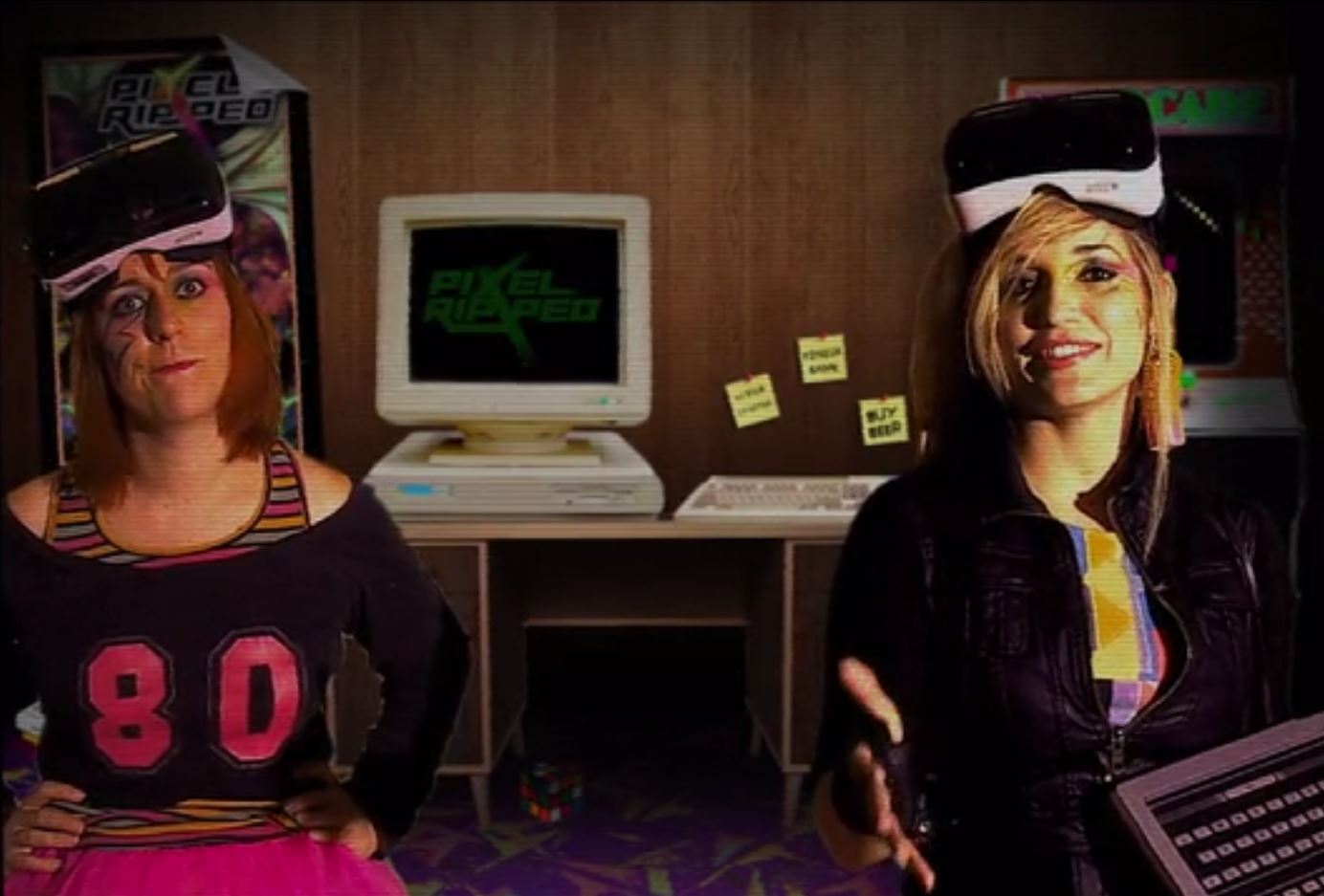 Above: Keegan and Ribeiro getting into the ’80s spirit for Kickstarter.

Ribeiro naively decided to call her original game Pixel Rift. She didn’t think about how that name would play out when heading to multiple VR platforms — it sounds as if it’s an Oculus Rift exclusive. So Ribeiro changed Pixel Rift to Pixel Ripped 1989. It’s going to be an experience that lasts between 40 and 60 minutes — pretty much perfect for VR. “Virtual reality is not that pleasant for too long sometimes,” said Ribeiro. “People get tired.”

By taking the tough decision to focus on just one year — 1989 — instead of the originally planned five, the Pixel Ripped project is now more manageable. Other years will release episodically further down the line, each focusing on different gaming eras. Ribeiro’s concern that people will expect more from Pixel Ripped 1989 — “they [might] expect all five levels” — is balanced by the extra content that she and Keegan are packing into the first installment.

The game-within-a-game that you play on a handheld “Gear Girl” will now have three levels plus a boss battle. And Ribeiro’s putting Easter eggs inside that game, which will trigger events in the classroom and visa versa. She’s also promising new environments — a head teacher’s office and a detention room — and playable variants of classic games like Tetris, Duck Hunt, and Ghouls ‘n Ghosts. Oh, and zombies as well.

On top of that, Ribeiro and Keegan are trying to pull together a suitably ’80s soundtrack, including music from the seminal Norwegian pop band A-ha. You’ll be able to listen to it on a virtual Walkman within the game for that authentic old-school vibe.

As I spoke to Ribeiro, she was getting ready to head to San Mateo, Calif. The opportunity came about after she and Keegan made a successful application to the Boost VC accelerator, which is currently focusing on promising VR projects.

Ribeiro and Keegan get accommodation, work space, mentors, and some seed funding, and in return, Boost gets a small percentage of their company.

It’s a big relief for the two, especially considering how tough it’s been for them to collaborate recently. Boost will let them work together, uninterrupted, for three whole months, which is hopefully long enough to get the bulk of Pixel Ripped 1989 finished, just in time for the mainstream arrival of VR headsets.

“It’s going to be the perfect opportunity for us to crack on with the game,” said Ribeiro.