That’s a hefty amount to invest in a new studio, but the round was led by Mitch Lasky, a former Activision and Jamdat Mobile game maker, who is now a general partner at Benchmark, which is one of Silicon Valley’s most well-known venture capital companies. Lasky will join Manticore’s board.

The San Mateo, California-based company was started by Frederic Descamps and Jordan Maynard, who were the founders of social game startup A Bit Lucky in 2010. They were acquired by Zynga in 2012, and stayed there four years, working on games such as Solstice Arena, Empires & Allies, and Mountain Goat Mountain. They left Zynga in the summer of 2016 and started their new game company in November 2016.

“We wanted to take more time off, but the call of the wild was too strong,” Descamps said in an interview with GamesBeat. “We had a great experience at Zynga, and it is great to seeing Zynga doing quite well now. We want to do something innovative and new. We want to change the way people play games, and we have a strong user-generated content angle.” 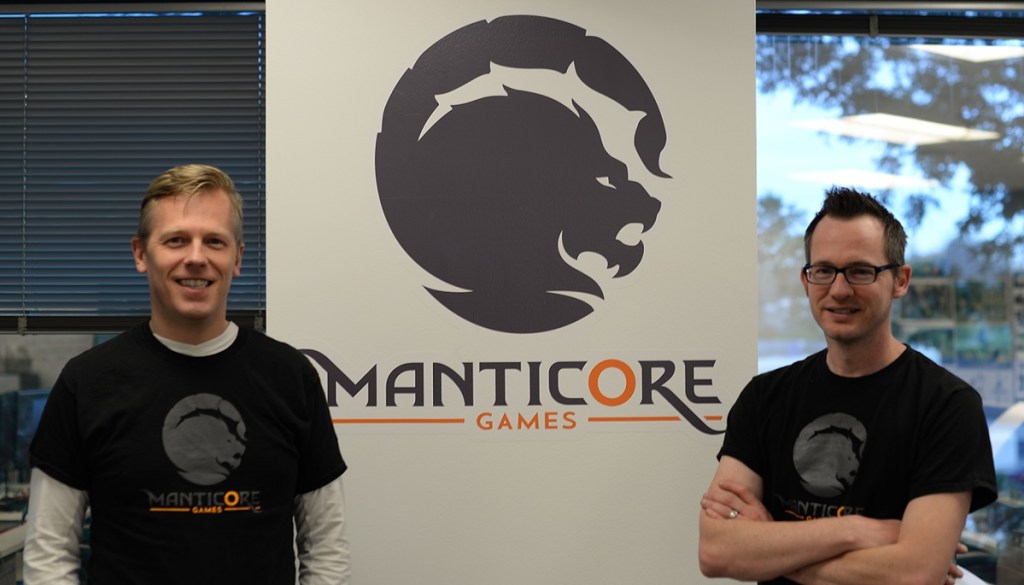 The company is working on a hardcore multiplayer game. Descamps noted how many big games, like PlayerUnknown’s Battlegrounds, started as “mods,” or user-generated modifications of existing games. But the company isn’t describing its business yet. He said the team consists of developers who have multiple talents.

“Every day, we want to think that we are doing the best work of our lives,” Descamps said. “As for Mitch, we have known him for many years. He has had many successes in gaming, from Riot to Natural Motion. He is the best investor when it comes to gaming. He is hard to convince, but we didn’t give up. He can truly see beyond the horizon. It’s almost like having a third cofounder.”

Other investors include Germany’s Bitkraft Esports Ventures, Correlation Ventures, CrunchFund, Macro Ventures, SV Angel and several high-profile gaming and tech entrepreneurs. In the spring of 2017, Manticore raised a seed round of $3 million, so it has raised about $18 million to date.

“I have been looking forward to working with Frederic and Jordan for many years,” said Lasky, in a statement. “We have had an ongoing conversation about unique ways to create value and fun for gamers, and I am thrilled to help them build their exciting new company.” 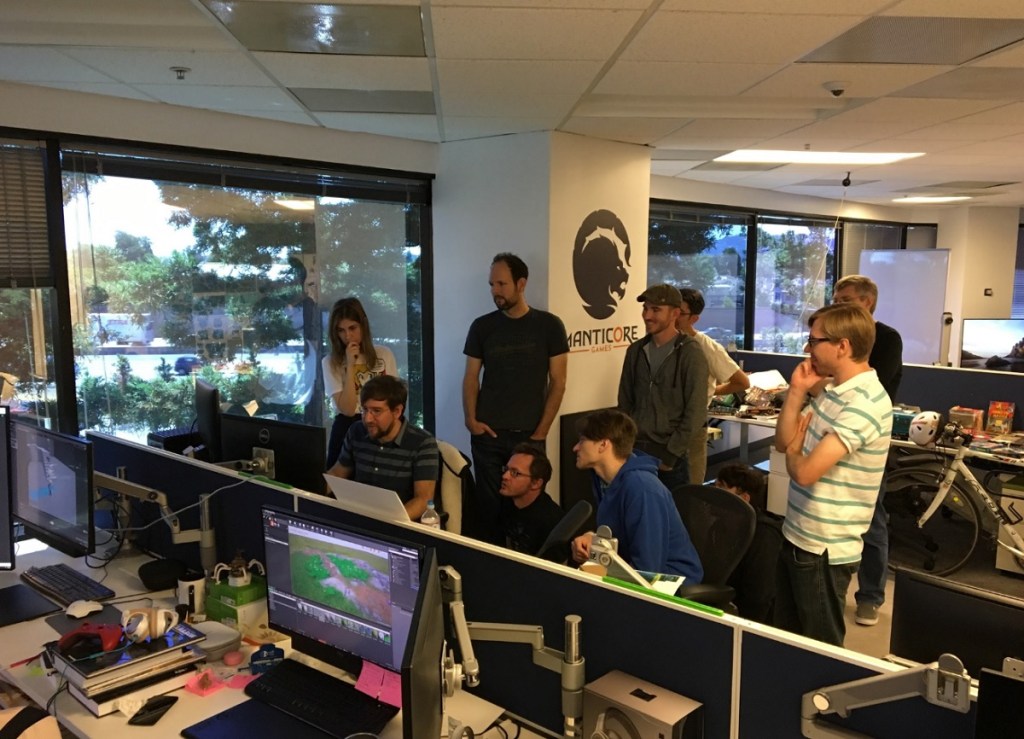 “For me, as a game designer, Mitch had the deepest knowledge of games and he has a history of being an operator of game companies,” added Maynard, chief creative officer, in an interview.

The company has nearly 20 people. As for gaming this year, Descamps said he was delighted with the success of PUBG and the communications app Discord. Maynard said he enjoys playing games with emergent gameplay, or ways to play that the original designers didn’t anticipate.