Nintendo introduced a new console last month, and it was a big hit in the United States.

The Switch was a huge hit in the United States in March, according to industry-tracking firm The NPD Group. That means the hybrid handheld/home gaming device outsold Microsoft’s Xbox One and Sony’s PlayStation 4. We knew Switch sold well after its March 3 debut. Nintendo revealed in a statement to GamesBeat that the Switch sold more units over in a two-day launch window than any of its previous devices including the megahit Wii. 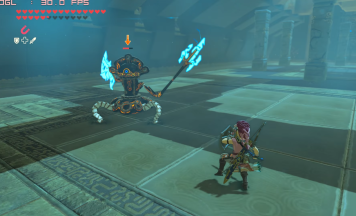 Above: Nintendo sold more Switch copies of Zelda than it sold Switches.

The Legend of Zelda: Breath of the Wind surely helped sell some system, and Nintendo confirmed that it sold 1.3 million copies of that game. 925,000 of those copies were on the Switch and 460,000 were sold on the Wii U.

That’s right, Nintendo had more than a 100 percent attach rate for Zelda on the Switch. That’s likely for people who were able to buy the game but couldn’t find the system in its first four weeks on the market.

“Nintendo always strives to offer consumers something fun, new and different,” Nintendo of America president Reggie Fils-Aime said in a statement. “With its various play modes and the innovative features of the Joy-Con controllers, Nintendo Switch provides unique experiences that people can take with them anywhere and share with anyone.”

This breaks Sony’s stranglehold on the market as this is the first time since October that its PS4 system wasn’t the top-selling home console in the States. Sony could easily return to the top of the chart if Nintendo struggles to keep Switch systems on retailer shelves or as the publisher launches some of its bigger exclusives later in 2017 like God of War.

Microsoft could also pull off a win this year depending on how the launch of its Xbox One Scorpio goes and whether it has any major exclusives that it will debut at the Electronic Entertainment Expo trade show in Los Angeles in June. The publisher also had a comment on its performance so far this year.

“This past quarter, from January to March 2017, we saw record Xbox Live engagement with 1.1 billion multiplayer hours logged globally, a 14 percent increase year-over-year,” Xbox marketing chief Mike Nichols said in a statement. “Looking ahead, we are excited to share more about our plans for Xbox One, including launching the world’s most powerful console — Project Scorpio — alongside an amazing lineup of new Xbox One games. We are thrilled with the incredible response we have received to date for Project Scorpio, and look forward to sharing more about the Xbox One family of devices in the coming months.”

But it’s Nintendo with the momentum coming out of the first quarter of 2017, and it could maintain that success throughout the summer with launches like Mario Kart 8 Deluxe, Arms, and Splatoon 2. And in the fall, the company will launch Super Mario Odyssey, which has the potential to give the system an enormous boost going into the holidays. For now, however, this is a victory lap for Zelda and the Switch.