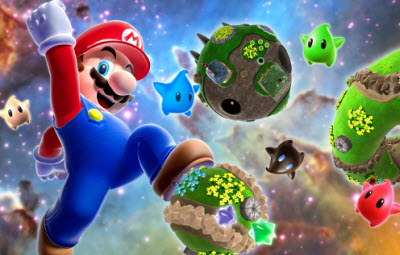 I grew up hooked on Nintendo. The Japanese hardware manufacturer and publisher had a major impact on my life from the time I was 10 years old. I was the neighborhood hero when I got the new NES. I credit Nintendo with being the reason I got into the video game industry. Now imagine how I felt when I said to my 5 year old, “Hey, we should play Super Mario Bros,” and she answered, “Mario who?”

That’s when I said to myself, “Who is going to save Nintendo?”

Be it games, films, cartoons, or characters, a kids’ media company needs to continuously create new IP to connect with each new generation. What no one ever brings up when discussing Nintendo is that they have not created a breakout IP or character in over 20 years. Their hit games are rehashes and different variations of Mario Bros, Metroid, and The Legend of Zelda. This appeals to people like me who grew up on these titles. We fanboys, turned fan-parents, endlessly debate about which Zelda is the best and argue how Nintendo messed up with Metroid: Other M. We anxiously await  each new release as everyone now does for Apple products.

However, our kids could care less. They have no connection or legacy to Mario and Luigi. This was reinforced on a recent trip through Times Square. Kids were lining up to take pics of someone in an Angry Birds costume while Mario and Luigi dejectedly looked on.

Games can no longer live on one system

Nintendo’s adamant stance on only allowing their characters on its own hardware is just making it dig its own grave. Who cares how good the Nintendo 3DS is if the new generation has no exposure to Nintendo’s IP. Kids 2 to 8 aren’t playing the Wii or DS; they are on iPods, iPhones, and iPads. If you want to attract users to your hardware, you need more software from third-party developers. Game developers have ditched Nintendo and gone for more open mobile platforms like iOS and Android. The only draw for Nintendo’s hardware is its own games based on its own characters. Again, this only appeals to Nintendo fans who are 35 and up, hardly the group to build a kids brand around.

Generational evolutions of WWE and Disney

This strategy of Nintendo targeting fan boys who grew up on its product is interesting because it actually relates to World Wrestling Entertainment (WWE), who came to prominence at the same time as Nintendo in the mid 1980s. The 10-year-olds back then grew up on Hulk Hogan and the cartoonish side of wrestling (it was also called the World Wrestling Federation then). But in the 90s, these kids got into their 20s, and the WWF started faltering. Vince McMahon and co. took notice and made their product appeal to a young adult audience by introducing them to Stone Cold Steve Austin and The Rock. The Attitude Era essentially saved the WWE. Then that audience entered their 30s, had their own kids, and got too busy to watch WWE. Once again, WWE took notice, toned down their product and went PG to get the new generation of 10-year-olds.

Disney Animation is also a good example of what could happen to Nintendo. In the late 90s, Disney’s films became stagnant and failed to produce lasting breakout IP. Fortunately, Pixar came along and created new, refreshing characters everyone loved. Disney’s own IP became so dated that 5 year olds today are surprised when they see Mickey Mouse in a cartoon. They just see him as a logo. Go to any Disney store or theme park and it’s Pixar’s IP that the kids are latching on to. If Disney hadn’t bought Pixar, its entire Animation division could very well be closed. And without new IP, it can’t sell merchandise, books, and clothes that really keep the House of Mouse growing. Its stock prices tell a great story. Since Disney’s purchase of Pixar in 2006, its stock has gone from $30 to over $50. Since the peak of the Wii and DS in 2008, Nintendo’s stock price has gone from $71 to $15.

Can Nintendo find its own Pixar?

But Nintendo is stubborn and will not acknowledge their weaknesses. If it did, it would have gone and bought up some of the studios that were creating hits on the mobile platforms. Everyone knows how hard it is to find and nurture talent, so when it comes available, you should grab it.

Nintendo needs to sell more hardware in order to keep selling the old IP that made it rich. But you need new IP to grow and attract new kids to buy the hardware you sell. But without new IP, your hardware and old IP becomes irrelevant. It’s going to be interesting to see the consumer response to Nintendo’s new console, the Wii U. If it fails to connect, Nintendo may need to find its own Pixar or reinvent itself as the WWE did. 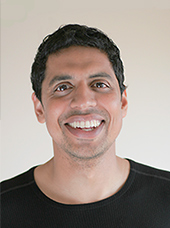 Pavel Bains is a former chief financial officer/chief operating officer with 10 years of experience delivering top games for Disney, EA, Activision, and Atari. He now is the CEO of Storypanda, a 500 Startups-backed iPad publishing platform for children’s books.