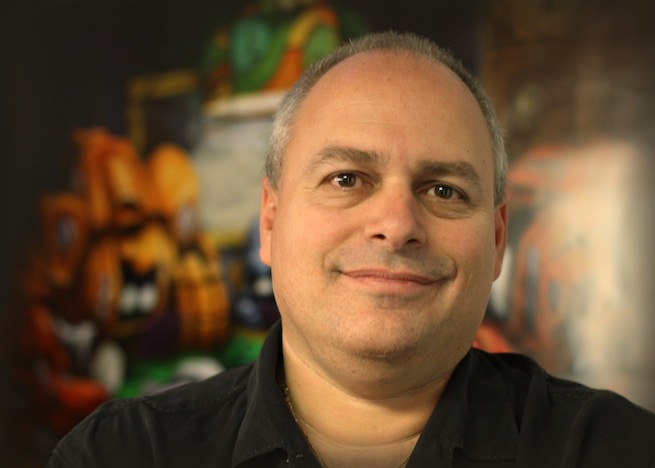 Mark Jacobs is returning to something he loves very dearly: massively multiplayer online role-playing games. The veteran game designer at City State Entertainment is getting ready to launch a crowdfunding campaign for the studio’s first MMORPG, Camelot Unchained (working title), in early March.

“Can I do that Al Pacino thing? ‘Every time I try to get out, they pull me back in!’” Jacobs told GamesBeat with a laugh.

Jacobs has been away from the MMO space for a long time. He co-founded Mythic Entertainment in the mid ’90s, where he helped create the popular Dark Age of Camelot and later — after publisher Electronic Arts acquired Mythic in 2006 — Warhammer Online: Age of Reckoning. He served as general manager up until 2009, when he left after the merger of BioWare and Mythic (citing creative differences as a reason for his departure).

Two years later, he co-founded City State Entertainment in Fairfax, Va., a studio dedicated to making mobile and social games. Its first title, the iPad-only March on Oz, came out late last year. And while it’s not abandoning those original goals, the developer is obviously eager to work on something much bigger.

It’s not a successor to Dark Age of Camelot

What we know so far is that Camelot Unchained is a realm-versus-realm (RvR) MMO where players can pledge their allegiance to one of three competing factions: Arthurian, Tuatha Dé Danann, or Viking. The realms are fighting each other to assert control over the game’s persistent world and will feature player housing, crafting, and a “true player-owned economy.”

“It is truly an MMO that’s about RvR and RvR only,” said Jacobs. “There’s no [player-versus-environment] in it, no theme-park-ness. It’s solely geared to one part of the market — and that’s the guy and gals who want to go out and beat the heck out of each other.”

Jacobs is familiar with building a playground for massive team-based battles — Mythic first coined the term “RvR” in Dark Age of Camelot. Despite the similarities between the two games, however, Jacobs assures us that they have no relation.

“What we’re trying to do is create a new MMO,” he said. “It’s going to use some of the same legends that I chose for the Dark Age game to be based on. But I’m not looking to make a spiritual successor to Dark Age of Camelot. Legally, I can do that, that’s not an issue. But I’m trying to do more.”

It will use a subscription model

Except for established universes like Blizzard’s World of Warcraft or CCP Games’ Eve Online, many MMOs have struggled in recent years trying to sustain the subscription-based model with its players (Star Wars: The Old Republic wasn’t even a year old before it became free to play). And now, with so many free-to-play titles out there, the competition is fierce for any new MMO trying to squeeze in, especially if it’s keeping the monthly subscription rates.

“What I’m trying to do here is create a very tailored MMO,” said Jacobs. “You can call it a niche MMO. And it’s my belief that from a design perspective, I would rather not have to make the kinds of choices and compromises you have to make with a free-to-play game. I don’t want my players to have to worry about whether this is a pay-to-win game. … I want the people who [are] playing this game to know that everyone else in there has made that same choice as they have — the choice to either fund the Kickstarter or the choice to buy the game or the choice to buy and then subscribe to the game. I think it builds a much tighter community rather than having a lot of people running around who probably won’t be there next week regardless of whether your game is any good.”

City State Entertainment is still deciding just how much this monthly rate would cost. Jacobs would only say that the traditional rates of $10 to $15 is “silly,” and Camelot Unchained may end up costing less than that. 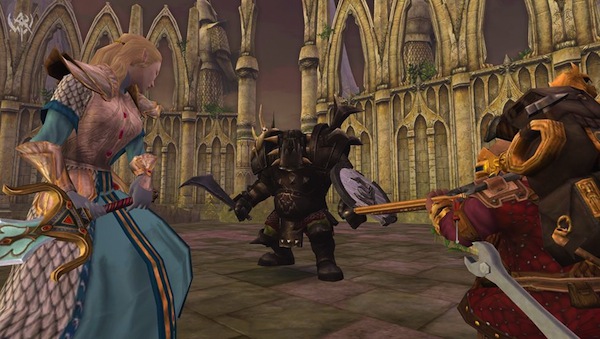 Above: Warhammer Online: Age of Reckoning

Why go the crowdfunding route?

“It’s not that I hate publishers,” said Jacobs. “I don’t. I don’t even hate EA. But I don’t want to be put in a situation where I have to compromise [the game’s vision]. … If I have enough people who are fans of the game, that they want to support it, then the Kickstarter will succeed and other investments will come in to make up the bulk. Because that’s something that’s really important for the players and backers to understand — their funding is not making the entire game.

“I’ve already committed funds, and I’ve got other funds coming in which I’ll detail before the Kickstarter launches. The amount that we’re seeking on Kickstarter is essentially proof of support, that we know that the players want this kind of game and they’re willing to pay — some of them [at least]; hopefully, there will be more that back the Kickstarter — in advance to help the project.”

Jacobs has been closely monitoring successful crowdfunding campaigns on Kickstarter (including products outside of video games) to see what he could learn before launching one for his studio’s new MMO. As a way of drumming up awareness, he’s going to write a series of blog posts leading up to the Kickstarter, where he’ll outline the so-called “foundational principles” of the game to give potential backers an idea of what the studio is envisioning for Camelot Unchained.

Of course, crowdfunding doesn’t work for everyone. If the campaign fails to meet its funding goal, City State Entertainment will simply scrap the project altogether.

“If the Kickstarter doesn’t work, then it doesn’t work, and I know that support for this kind of game isn’t there,” said Jacobs. “We’re not seeking $10 million or $100 million or anything like that. We’re seeking an amount that, when you look at other Kickstarter [campaigns] that have been successful, is on the higher end of the initial ask but is not as high as what other folks have gotten. So we’ll see. It’s gonna be fascinating to see what happens.” 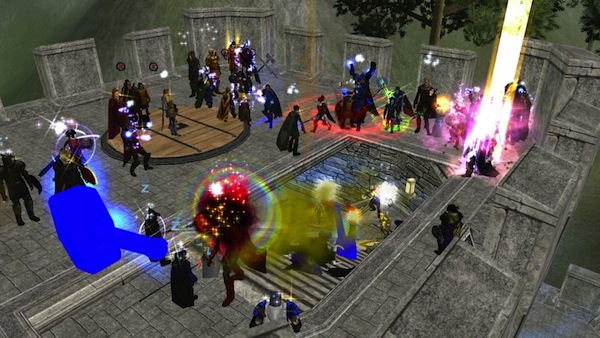 Above: Dark Age of Camelot

A young but ‘capable’ team

As it stands, City State Entertainment doesn’t have nearly enough staff members to develop a fully featured MMO — it consists of just 13 employees. But Jacobs is confident in his team’s talents to bring the project to life.

“If you go back and look at the guys that made [Dark Age of Camelot], it was a very similar mix of people,” he said. “We had some guys who had been in the industry for a little while, and then you have some people who’ve never made a professional game before, and other people thrown in: young, eager faces, talented, but mostly an unknown team. These guys are absolutely capable of starting this kind of project. … The best part about these guys is not only do we have some MMO freaks in there like me, but we’ve got people who are very honest and willing to share their opinion. Just like at old Mythic, we had a lot of discussion and argument about things; we have those here, too. And that’s what you need.”