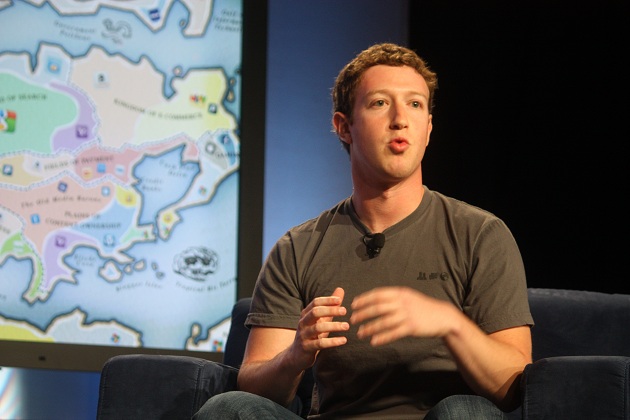 Facebook founder Mark Zuckerberg said he fully appreciates the value of games to the growth of Facebook.

Speaking at the Web 2.0 Summit in San Francisco, Zuckerberg said that games took off on Facebook and generated a lot of early buzz for the social network. Titles such as FarmVille, Mafia Wars, and Zynga Poker are a big part of why Facebook has more than 500 million users, 50 percent of whom log in every day. Games are still vital to the social network, since seven of the top 10 application companies (by number of users) are game companies, according to market analyst firm AppData. More than 200 million users play games on Facebook each month.

The reason Facebook needs the game companies is that it doesn’t build its own content and relies on the app makers to create the software that users want. Reacting to something venture capitalist Fred Wilson said on the preceding panel, Zuckerberg said that Zynga wasn’t the only successful application company built on top of Facebook’s platform. He pointed to other big social game companies such as CrowdStar, Playfish (bought by Electronic Arts), and Playdom (bought by Disney).

“Those are four really good game companies that are built almost entirely on Facebook,” Zuckerberg said, talking to conference co-host John Battelle. “Zynga’s market value is bigger than Electronic Arts. [Zynga has] made a structural disruption to the game industry. If you look at a lot of platforms, games are usually the first big vertical market. That’s true for the iPhone. Even if you go back to the early PC, some of the first things that got people excited were games.”

While Zuckerberg appreciates the game companies, he hasn’t favored them over other user interests. In the spring, Facebook cut back on the ability of games to send communications to users, mainly because non-gamers who saw the messages viewed them as spam. Game companies saw their users fall dramatically, since they lost a lot of virality. They had to advertise more heavily, and that shifted more profits from the game developers into Facebook’s pockets.

The introduction of Facebook Credits generated similar grumbles among game developers. That move made social game company executives wonder if Facebook’s chief executive truly appreciated what the game companies had done for the social network.

That prompted other social networks such as Hi5 to target game developers, saying their apps were welcome on its social network. Hi5’s strategy with its Sociopath platform is to put more control of the platform in the developers’ hands.

But Zuckerberg said that the app companies willingly pay Facebook that money because, taken as a whole, Facebook generates considerable business for them. And Facebook has recently started figuring out how to promote games better without offending the network’s non-gamers.