After more than two years as CEO and 6.5 years at the company, game creator David Brevik has resigned from online game publisher Gazillion Entertainment. 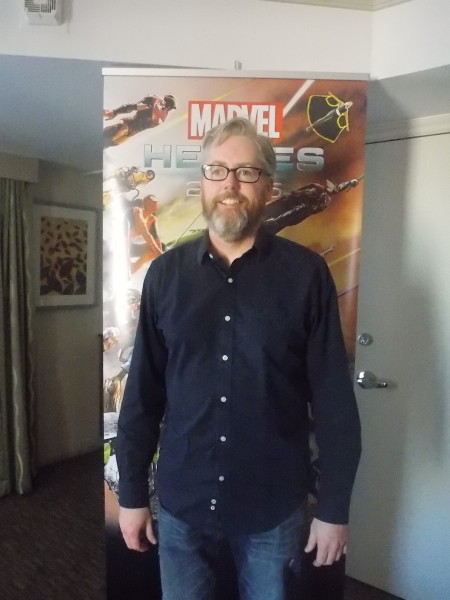 In an exclusive interview with GamesBeat, acting CEO Dave Dohrmann said the parting was amicable and that a search is under way for a permanent replacement for Brevik.

The San Mateo, Calif.-based Gazillion is legendary for its ambitions. Rob Hutter, the former head of Revolution Ventures, founded Gazillion with Doom co-creator John Romero in 2005 in an effort to create massively multiplayer online games that could rival Blizzard’s World of Warcraft. Over time, Hutter raised more than $250 million for Gazillion.

But MMOs are among the most difficult games to create, and they often require years of work and tens of millions of dollars. Romero’s own game was canceled and his Slipgate Ironworks division was shut down. About a year after that, Romero left. The industry also shifted from premium subscription games to free-to-play online games with microtransactions. Those are different from paid MMOs, and the change resulted in more changes.

Brevik was the former head of Blizzard North, the game studio that created the Diablo franchise. He originally took a job at Gazillion as studio director and project lead on a Marvel Universe online game. That game, where you can play as a Marvel superhero or villain, proved to be a challenging endeavor as well.

In early 2011, Brevik was named president and chief operating officer of Gazillion. Shortly after that, John Needham, former head of Cryptic Studios, replaced Hutter as CEO in 2011. One of the games that Gazillion shipped was Marvel Super Hero Squad, built by the now-defunct Amazon Society studio in Seattle, to free-to-play. Marvel Super Hero Squad is still running, but the company is no longer doing updates for it.

The company’s main focus is Brevik’s game, which was rechristened Marvel Heroes and launched in 2013. Around that time, Dohrmann, a board member who was then at Roth Capital Partners, and investors at Oak Investment Partners recapitalized the company, meaning they took control and put more money into the firm.

Marvel Heroes was buggy at launch, and the developers had to fix it. They relaunched it in 2014, and its average Metacritic rating rose from 58 out of 100 to 81 after a number of key adjustments to content and the pricing model. The company did a further update and renamed Marvel Heroes as Marvel Heroes 2015. It’s not clear how successful Marvel Heroes 2015 has been, but Gazillion laid off more people in September.

“People forget that this exact same thing happened with Diablo II,” said Brevik in early 2015. “When Diablo II came out, it was well received but it wasn’t like, ‘Oh, my god, this is great!’ It wasn’t until the expansion a year later that really made a big difference. There were a bunch of mechanical things that we fixed in the expansion that made it a lot better. Since they were only a year apart, people blend them together in their heads.”

Brevik and studio director Jeff Lind oversaw improvements and put into place a plan for a major overhaul, dubbed Marvel Heroes 2016, coming next month. Today, the company is a leaner operation, with just 100 employees, far below its peak of 350.

In a statement Gazillion thanked Brevik and said, “After six years with the company, David Brevik has moved on from CEO of Gazillion to other opportunities. David has played an integral role in the growth and success of Gazillion, most notably leading the development of the acclaimed Marvel Heroes 2015 – and we greatly appreciate his many contributions to the game and the community.”

Brevik said in a statement, ““Creating Marvel Heroes has been a work of passion for over six years. It was my first opportunity to work on a live-service product and interact with our amazing community and it has been one of the best experiences of my life. I’m very proud of all the work our talented team has done together. Though the time has come for me to move on, I’m excited about the future of Marvel Heroes and look forward to what’s next from studio director Jeff Lind and the team.”

As our profile of Brevik stated, Gazillion has an active relationship with its diverse community, which is a mix of MMO fans, diehard comic book readers, and a casual audience who are perhaps more familiar with Marvel through its blockbuster films. Brevik stayed actively engaged by broadcasting gameplay sessions regularly on Twitch. The company’s fans go crazy and return to active engagement with the game whenever new Marvel movies come out or new content is added.