Since we launched Marvel Puzzle Quest along with our partners at D3Publisher in late August, we’ve been furiously optimizing the game, chasing the mythical $1 ARPDAU (Average Revenue Per Daily Active User). As we finally rang that bell in February (if only for a day), it seemed like a good time to share how we got there.

The team at Demiurge Studios has always been struck by how hard it is to look back on the history of a successful game and correlate changes in gameplay to changes in financial performance. In this series of posts, I’ll work to demystify these optimizations and detail many of the design improvements Demiurge Studios implemented in Marvel Puzzle Quest over the last 5 months and which have brought us to where we are today.

First, some background. Marvel Puzzle Quest takes the match-3/role-playing gameplay of the Nintendo DS sleeper hit Puzzle Quest, applies the cast of Marvel superheroes, and injects it with the design of a free-to-play card-battler. The result is a game that feels a bit like the long-lost cousin of GungHo’s hit, Puzzles and Dragons. 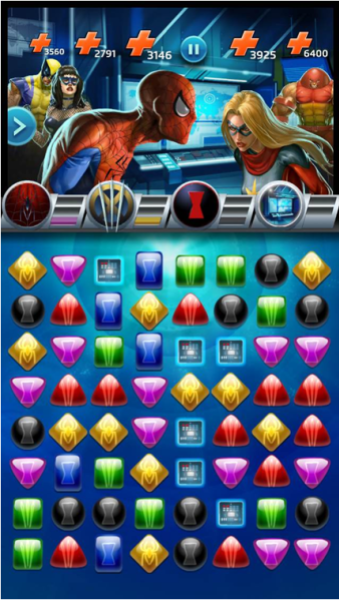 Above: Marvel Puzzle Quest is a mix of match-3 an role-playing game — and it’s a mobile success.

Throughout this series, the stats I cite are from iOS. The game is also out on Android and PC/Steam. Dollars are in gross USD spent by customers.

When we launched Marvel Puzzle Quest worldwide in October, retention was pretty strong. Our Day 1 for organic users (those you didn’t download the game from an ad) was comfortably around 40 percent, and Day 7 was right where we wanted it — about half of that. In mid-October, we moved our focus to improving ARPDAU, which was a respectable but not sufficient $0.21 at the time.

Hero Points can be spent in a number of ways within the game’s economy. One optimization we’ve been undertaking is adding interesting new mechanics that hang off of the Hero Point economy. As of the latest version of the game, players can spend Hero Points in a number of places:

Out of the above options, over the past two weeks, players have spent the most Hero Points on cover packs and roster slots, which you can see outlined below: 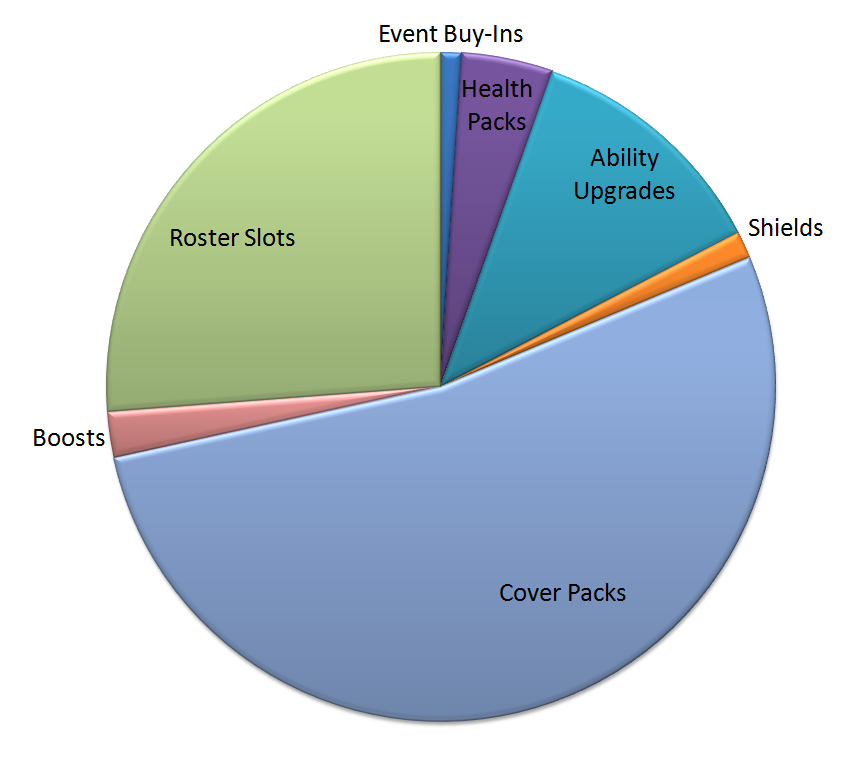 Keep in mind that within Marvel Puzzle Quest, we’re fairly generous with Hero Points so this doesn’t map to actual spending habits of our players. All of our players buy items like Roster Slots, while people who spent money on IAPs are tend to be ones who buy Boosts.

By the end of October, we had followed most of the best practices that we knew of. We had large currency packs, nice low-friction purchasing UI flow, and a First-Time User Experience (FTUE) that clearly explained the value of our IAPs. The game was performing “just OK,” so we began a series of carefully targeted optimizations.

We’ll cover the first of those, improvements to the Cover Store, in Part 2, which runs Thursday.