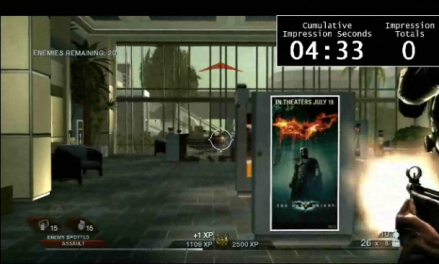 Microsoft appears poised to shut its Massive in-game advertising division. If so, it would be a huge failure for Massive, which Microsoft had high hopes for when it acquired the company for $200 – $400 million in 2006.

Mediaweek reported that the software giant will shut down the division by the end of the month, having failed to find a buyer for it. Massive general manager JJ Richards has reportedly been seeking another job, while members of Massive’s tech and sales team are being assigned other work.

Microsoft even approached Double Fusion, a rival in-game ad maker, seeking less than $10 million to unload the business. Back in 2006, in-game advertising was riding high as a potential billion-dollar business. While the business grew, the market never approached a high-water mark. Last year, Richards said in an interview that the company had scaled back expectations and had taken steps, such as creating standard-size ad units, to make it easier to implement in-game ads.

The business seemed cool. Game developers could leave blank spots in the environments of their games, such as a billboard in a realistic car racing game, and advertisers could pipe ads into those spots via broadband internet connections. Gamers would thus see a different ad periodically as they drove past the billboards. But when the recession struck in 2008, it took down the expectations for in-game ads. Rivals such as Double Fusion and IGA Worldwide all suffered for a period. Microsoft stopped talking a lot about the business. In the meantime, Microsoft’s Xbox Live online gaming service has blossomed and is itself becoming a more attractive platform for ads. Electronic Arts also pulled much of its in-game ad business in-house, hurting Massive’s business. EA launched in-game ads with its Madden NFL 11 football  game this year. Microsoft declined to comment.