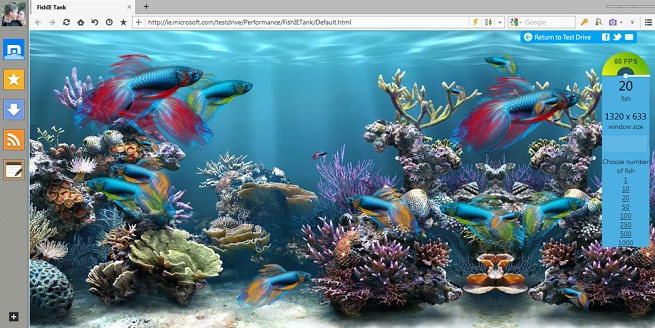 Maxthon has carved out a name for itself as a reliable alternative web browser built with the cloud in mind. The company has more than 120 million monthly users for its browser, which isn’t as crash-prone as those made by its rivals.

Now the Beijing-based company hopes to transform the web experience further by releasing a WebKit core for Android browsers so they can become better foundations for web-based games. The new release of the browser, which has achieved a billion downloads, will make it work even better with web-based games, the company says.

Karl Mattson, the general manager of Maxthon International, told GamesBeat that the Maxthon cloud browser has carved out a niche among gamers because it allows them to sign into as many as five separate accounts simultaneously. That allows them to play different games at the same time. It is also more reliable since memory-management technology was built into the browser from the ground up. If you’ve ever had a browser crash on you during a game or a multi-window session, you’ll come to appreciate memory management. This is basic plumbing for the internet. And it’s something that is holding up the progress of the game industry, along with the difficulty of making games that can run across various platforms.

“We’ve grown by word of mouth in the gaming community,” Mattson said. “We’re the best browser you’ve never heard of. Now we’re offering the world’s best support for HTML5,” the lingua franca of the web. In a test running HTML5 canvas using the CanvasMark benchmark, Maxthon scored the highest of the major web browsers in running HTML5 pages.

That improved support for HTML5 will make it easier to run both 2D and 3D games in web browsers, enabling games to be written once for the web and run on a variety of platforms. Maxthon is available as an app in Apple’s iTunes App Store and the Google Play store for Android devices.

“Gamers are the canaries in the coal mine in leading support for fast browser performance,” Mattson said.

Mattson said that the browser has become the favorite of pro gamers who play web-based games in professional tournaments. It also offers a split-screen feature on the desktop. Maxthon says it can render web pages on Windows, Android, and iOS faster than any other web browser.

Maxthon is growing in a variety of regions, but its market share in browsers is still below that of rivals like Opera, Firefox, Chrome, and Internet Explorer. The company is now expanding in the U.S. market. Another rival is OnLive, which offers a cloud-based browser that loads pages really fast. But Maxthon doesn’t put quite as much of the computing task in the web-connected data centers, or cloud, itself.

“Our goal is to make the actual software faster,” Mattson said.

Jeff Chen, a student in Singapore, started the browser in 2003 when he created a browser out of frustration. He was tired of the poor performance of the big browsers and found an abandoned browser projected dubbed MyIE. He decided to craft his own browser, dubbed MyIE2. He formed the company Maxthon in 2004 and kept adding features. In 2005, Chen renamed the company Maxthon, and the browser became the first one with tabs. Then it added sandboxed tabs in 2007 for added security. In 2008, Maxthon offered cloud-based services for syncing bookmarks and history.

With memory management, Maxthon allows you to pick up where you left off, no matter what you were working on, with any of your Internet-enabled devices.

“We started with a high-performance web-browsing experience,” Mattson said. “We made a strong commitment in the last year and a half to HTML5 support. We’ve got support in the gaming community because of this. We’re making HTML5 games work really well. As a company, we believe that the browser should change the computing experience.”

That meant that users could log into their browser and access their own favorite web pages and history of browsing from any location. In 2010, Maxthon came out on Android, and it has reached more than 500 million downloads to date on that platform. In 2011, the browser came out on Android tablets. Maxthon is also getting chip makers such as Intel and Advanced Micro Devices to support its software in their hardware. The company received one round of funding from Charles River Capital and WI Harper. Today, the browser is used in more than 150 countries.

Maxthon provides HTML5 support in Android, allowing for high-quality video support and Web GL enhancements. Other new features include the ability to run 2D games at 60 frames per second on devices that can support such graphics. It can also run WebGL 3D graphics.

Maxthon has more than 220 employees and is profitable. Now that’s a company that should be on the radar of all of the major game companies and platform owners.