MediaSpike brings product placement — like the branded soda cans you see in movies — into social and mobile games. And the company is reporting new progress on its mission today. 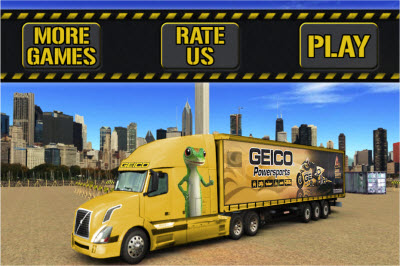 The company is announcing that it now reaches more than 20 million monthly unique users with its ad business, which places product advertisements inside mobile and social games. So if you visit a vending machine in a game, you may be able to purchase a virtual Mountain Dew soda.

MediaSpike is also announcing that it has hired digital advertising leaders Calvin Wong and Joe O’Brien. Wong, a former ad sales exec at places like Community Connect and Appsavvy, will be chief revenue officer. O’Brien is the new director of strategic partnerships. He was previously in business development for Appsavvy.

Gokul Rajaram, a former member of the Google team that developed AdSense and is now product engineering lead at Square, has joined as an adviser. Another new adviser is Brandon Berger, the worldwide chief digital officer at the Ogilvy & Mather ad agency.

MediaSpike believes its ads work for today’s users. It’s hard to get gamers to pay attention to banner ads in mobile apps or social games. The company calls this “banner blindness.” But MediaSpike creates ads that players notice because it inserts them into the middle of games. It is part of the gaming experience, like the beer sign pictured above. You can imagine that the sign could be a Pepsi logo instead, and the customer at the bar could be buying a Pepsi.

Blake Commagere, a pioneer of early social games such as Vampires, founded the company. He created MediaSpike in 2011 and raised an undisclosed amount of money from Raptor Capital, CMEA, 500 Startups, Venture51, EchoVC, and HNK Ventures. Chief operating officer John McCrea joined in 2012.

Back in the spring of 2007, Commagere was a 30-year-old veteran of viral marketing and a veteran of early social firm Plaxo, where he met the now-billionaire Sean Parker. Commagere saw that Facebook was about to open up its applications programming interface to third-party developers, and he began experimenting with apps that could spread to as many users as possible. He created memorable apps such as Zombies and Vampires. Those apps were played by more than 50 million users, a huge number given Facebook’s relatively small audience at the time.