I’m a big Mega Man fan, so I’m always happy to have a collection of these 2D platformers available on the newer systems. Mega Man Legacy Collection 2, out today, contains Mega Man 7 through 10 for PlayStation 4, Xbox One, and PC.

These are the remaining numbered titles in the classic Mega Man series, so it gives fans of the Blue Bomber who already bought the first Mega Man Legacy Collection a bigger library. These games are a little newer than the Nintendo Entertainment System classics in the first bundle, but they’re still fun, challenging, and charming romps full of robots, weapons, and pitfalls.

But once again, the package is light on meaningful extras that make it feel like a proper celebration of such an iconic franchise. 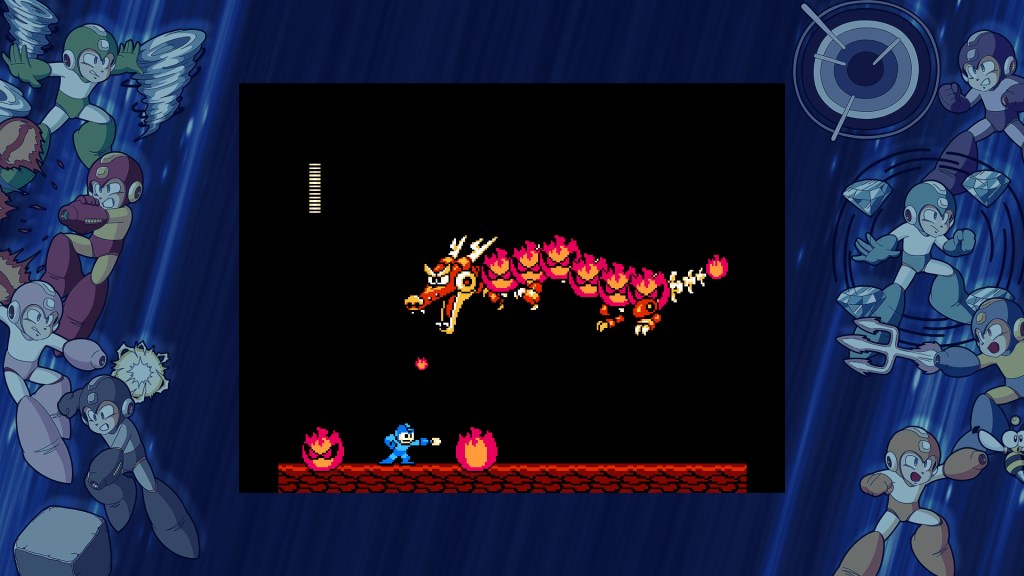 Mega Man 7 through 10 range from good to fantastic. Mega Man 7, which first came out for the SNES, is a little rough due to its outsized sprites, which take up too much screen space and make it hard to see what’s coming ahead of you. Mega Man 8, which came out for the PlayStation and Sega Saturn, includes some hilariously cheesy anime cutscenes with atrocious English dubbing. But despite their faults, these still offer that special brand of Mega Man shooting/platforming. They’re also handsome games, featuring some of the best sprite art of their respective systems.

Mega Man 9 and 10 are more recent but also more retro. Capcom released both of them during the PlayStation 3, Xbox 360, and Wii era. They’re throwbacks that use the same style of graphics as the NES Mega Man games, and they’re fantastic. They feel like they could have come out in the ’80s, and their levels and bosses are just as fun to play through as their NES predecessors are. They’re the stronger games in the package.

If you find Mega Man games too difficult, you’ll enjoy the quick save feature. It creates a checkpoint that you can instantly load, so you can use it right before a tricky boss or platforming sections. It’s also a useful tool for budding speedrunners or anyone looking to clear these games more skillfully, since you can practice difficult sections over and over. 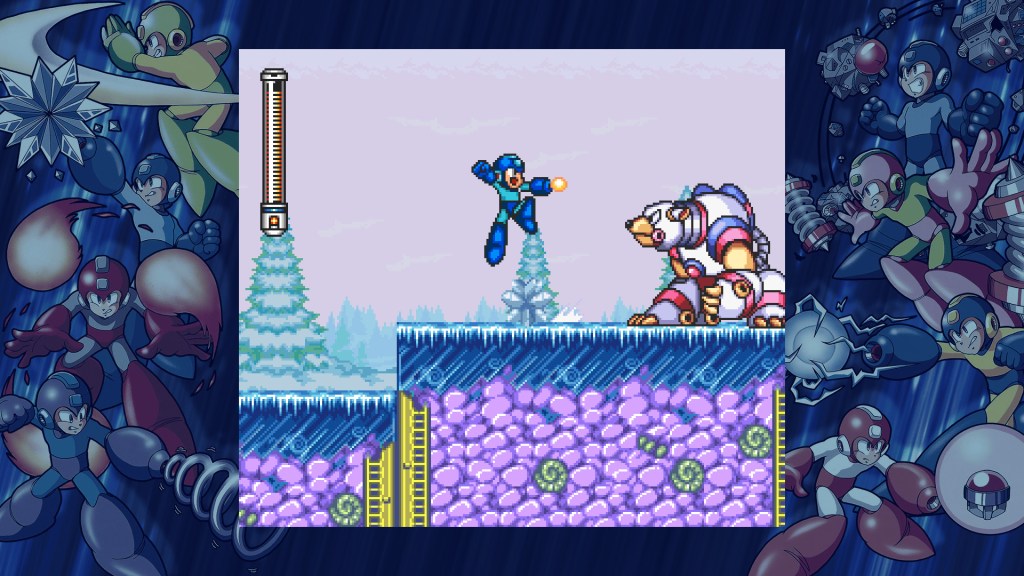 The lack of bonuses

Mega Man Legacy Collection 2 includes the games and not much else. You have a museum filled with art, and you can listen to music from each soundtrack. Just like with the first Legacy Collection, each title has a series of challenges, like beating every boss in a row or clearing strings of level sections. These will track your attempts and record the best scores from around the world — or just your friend’s list.

That stuff is all good, but I wish there was more. Mega Man has had a lot of weird spinoff games, like the racing game Mega Man Battle & Chase or the self-explanatory Mega Man Soccer. It would have been fun to see them as part of the collection, maybe even as rewards for beating all of main titles. Even the much older Mega Man Anniversary Collection has two arcade fighting games. 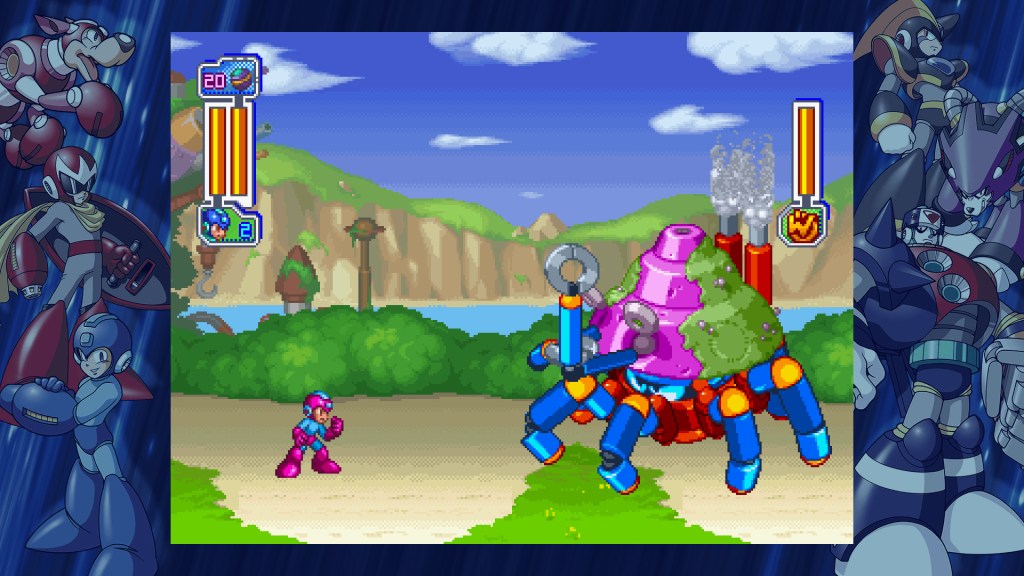 Above: A giant enemy crab in Mega Man 8.

But at the very least, this collection should have included Mega Man & Bass. Although it doesn’t have a number in its title, it is a full-blown entry in the series, featuring unique levels and mostly new bosses. While it reuses a lot of assets (and a couple of bosses) from Mega Man 8, it’s still very much its own game (and the first one that offers Mega Man’s rival, Bass, as a playable character)

Mega Man & Bass came out in Japan for the Super Famicom (their Super Nintendo) in 1998, but the U.S. couldn’t play it until a port for the Game Boy Advance that appeared in 2003. This could have been an opportunity to give us an official home console release. It would make sense, since this collection already has two fewer games than the first one. 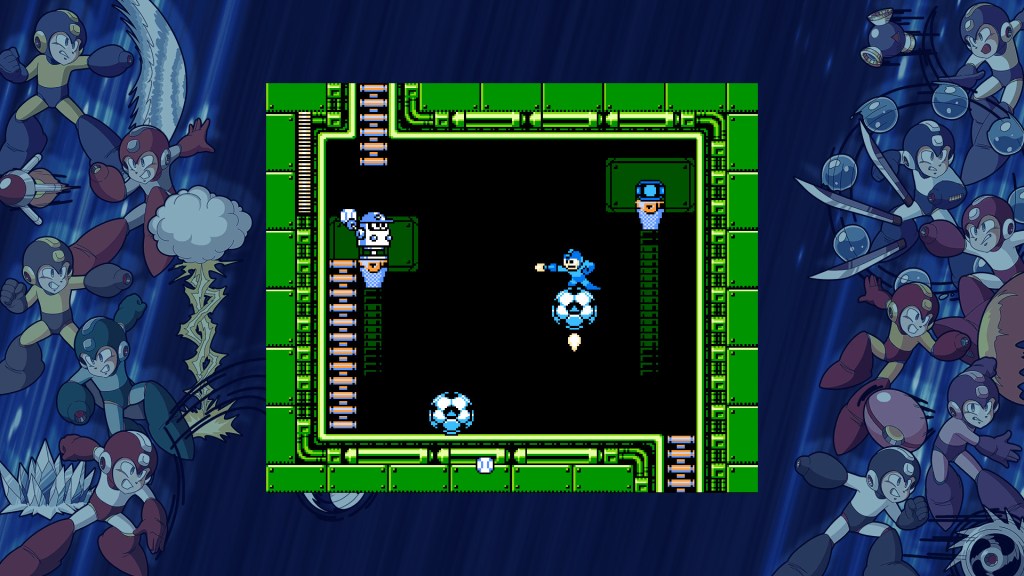 Mega Man & Bass’s omission sucks, and I wish the whole thing had more extras, but these are still four great 2D platformers. If you’re a big fan of Mega Man (like me), it’s nice to have these game’s easily accessible on modern systems (unless that modern system is the Switch, which would actually be a great place for this). And all four games play great, so the ports are solid.

If you’re more of a mild Mega Man player, you might be content to just own the first Legacy Collection.

Mega Man Legacy Collection 2 is out now for PlayStation 4, Xbox One, and PC. Capcom provided us with a PS4 code for this review.