This package contains the first four entries in the series, which are also its four best games. Big Mega Man fans and completionists are going to want both collections, but more moderate Mega Man X aficionados could stick to the first bundle. It contains some of the best action platformers ever, and the collection has great bonuses. 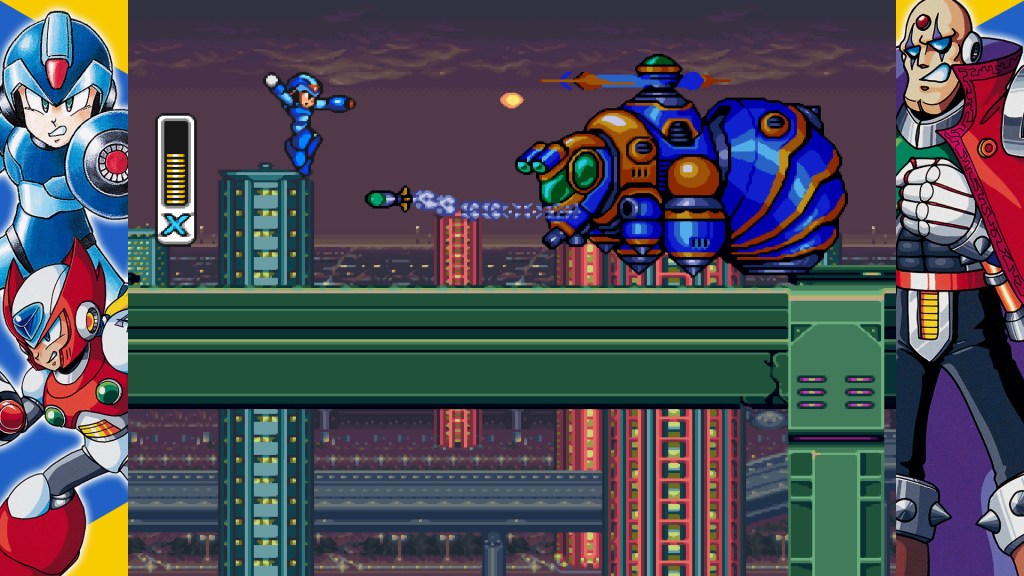 Above: The iconic first level of Mega Man X.

Mega Man X, the original game that started the series, remains the best of the bunch. That seems weird, right? Capcom made eight of these games. You’d think that one of them could top the original. But Mega Man X still just does it best. It introduced the idea of an edgier Mega Man without focusing too hard on bland stories. And it gave us the signature movement abilities — dashing and wall jumping — that made this new Mega Man stand out from the originals.

Mega Man X came out for the Super Nintendo, as did the first two sequels. Mega Man X2 and Mega Man X3 are essentially more of the same. They’re action-packed platformers, although they don’t feel quite as special as the original.

Mega Man X4 is the more interesting sequel. This is the first one that debuted on the PlayStation. It’s still a 2D, pixel-based game, but its characters and backgrounds have more detail. This is also the first in the series to let you play as Zero, X’s red friend, for the whole game. You could play as him a little in Mega Man X3, but he was mechanically more similar to X in that game. In X4 and future installments, Zero focuses on a short ranged attacks with his energy saber. He also learns different special moves than X does, so playing through the game as both characters offer different experiences.

After X4, the series would grow stale and make experiments that didn’t work out. These are the four better games of the eight by far. 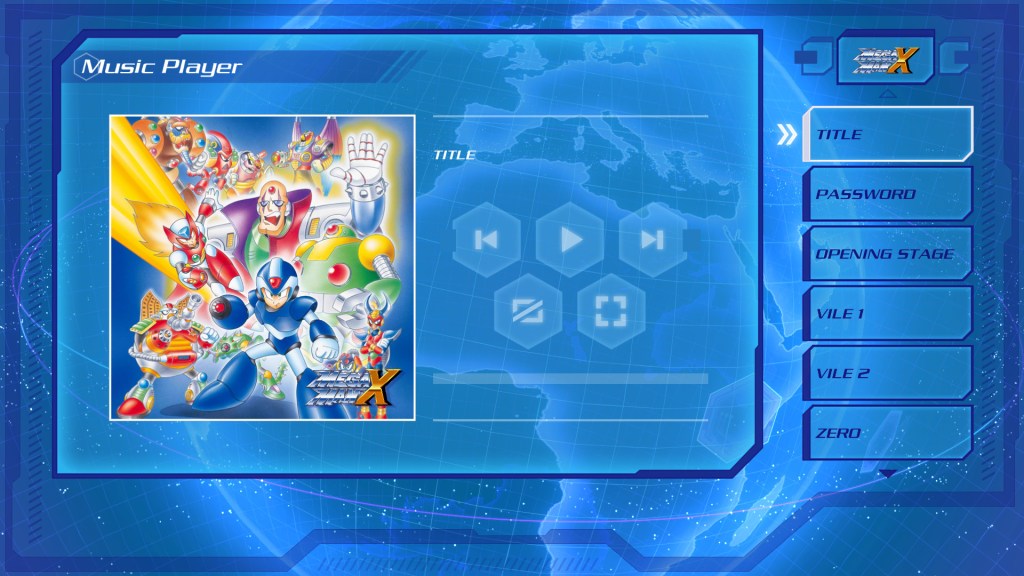 Above: These soundtracks are some of the best in gaming.

As you’d expect from a collection like this, you can look at all sorts of concept art and other fun image galleries. You can also listen to the soundtracks for each game. This franchise has some of the best music of the 16-bit era, so that’s a great perk.

But Legacy Collection also adds a new game mode. X Challenge is a kind of boss rush with a twist — you have to fight two bosses at a time. And these enemies can come from any of the four games in the collection, so you could fight bosses from Mega Man X and Mega Man X4 at the same time. At the start of a run, you can pick three special abilities. You’ll spend a good amount of time experimenting with load-outs until you find one that can get through the whole thing.

X Challenge is a unique experiment that almost feels like its own game. It’s a novelty, sure, but having to fight bosses like this is a unique challenge that will delight fans of the series. 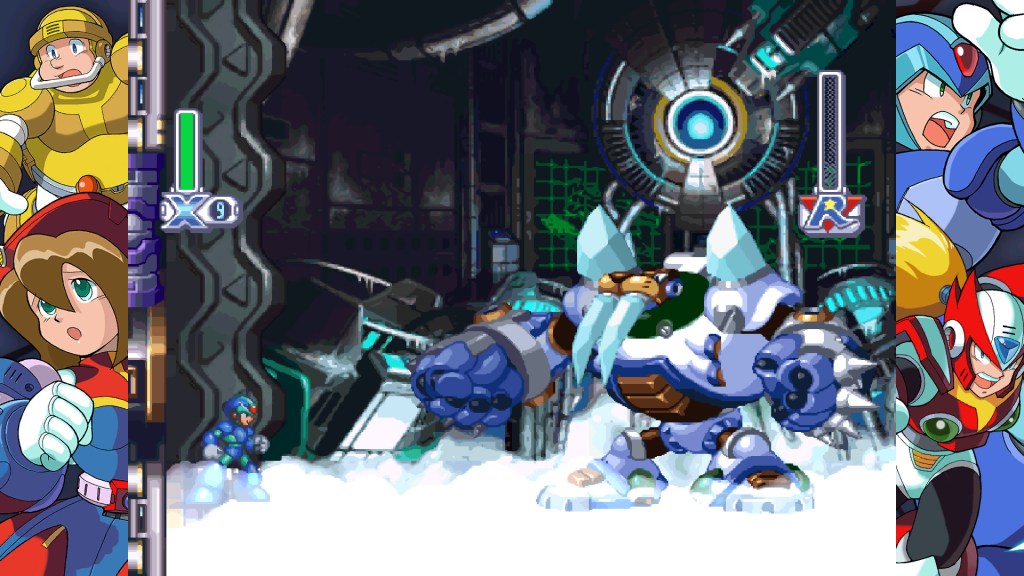 Above: I’m gonna make a popsicle out of you!

When you’re playing these games, you have a few visual options. You can turn image borders on or off, for example. But you can also pick some video filters that change the way the game looks. Bizarrely, the collection has a pixel-smoothing filter on by default. As you can see in the images above, it looks awful. It takes the crisp, sharp visuals and makes them look blurry and bland.

You can turn this off and restore the original pixels, but it’s baffling that the smoothing is on by default.

This collection has four great games, and the X Challenge mode is a fantastic addition. If you’re only going to get one of the Mega Man X Legacy Collections, definitely go for this one.

Mega Man X Legacy Collection is out now for PlayStation 4, Xbox One, Switch, and PC. Capcom gave us codes for all platforms for this review.