Hideo Kojima, one of Japan’s most-famous game developers and the creator of the long-running Metal Gear series, has formally left Konami Digital Entertainment, according to the Japanese publication Nikkei.

The Nikkei article said that Kojima plans to start a new game studio. Kojima published his first Metal Gear game in 1987. Since that time, 29 more Metal Gear games have appeared over many platforms. That’s a rare and storied achievement for any video game creator. 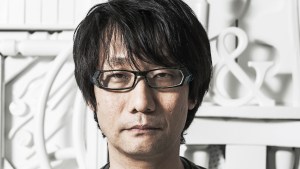 Kojima’s troubles with Konami have been well publicized this year, and it was expected that he would leave after the publication of his latest game, Metal Gear Solid V: The Phantom Pain.

The news is not a surprise. During the recent airing of The Game Awards, host Geoff Keighley said that a lawyer from Konami informed Kojima that he would not be allowed to travel from Japan to the U.S. to be present for the awards show.