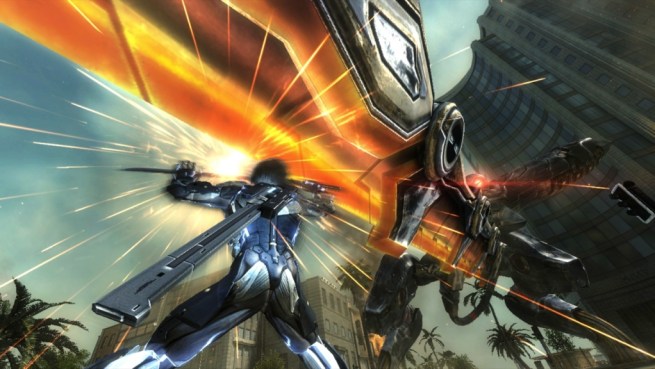 Update: Konami has confirmed that a demo for Metal Gear Rising: Revengeance will still be included with the Zone of the Enders HD collection.

Revengeance is the first title that the traditional Metal Gear developers at Kojima Productions and Platinum Games (the studio behind Bayonetta and Vanquish) have worked on together, as well as the first time that anyone has been forced to use the word “revengeance” in a serious context…well, as serious as Metal Gear can get.

The game is set three years after Metal Gear Solid 4: Guns of the Patriots and focuses on Raiden (the secret protagonist from Metal Gear Solid 2 and current awesome cyborg ninja) as he tries to slice a bunch of rogue mercenaries into small, bloody pieces.

Earlier this year, Konami announced that those who purchase the Zone of the Enders HD collection would receive early access to the Revengeance demo. We reached out to the studio to clarify that this is still the case, but as of this writing we have not heard back.