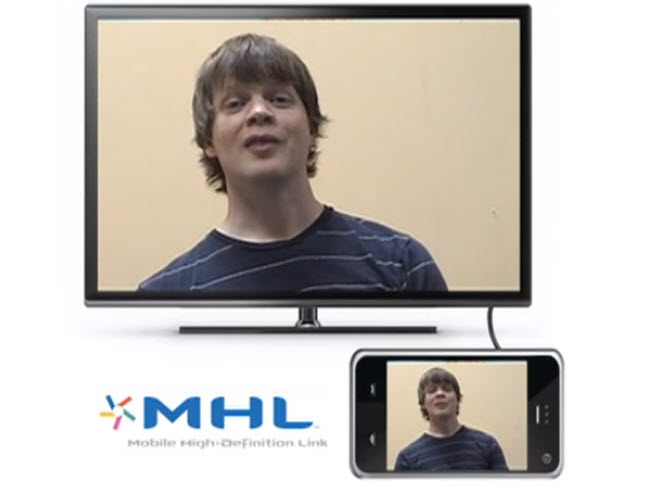 MHL lets you plug your smartphone to a big-screen TV so you can watch your mobile content on a big display and charge you phone at the same time. And today, the consortium is announcing a list of 15 Android mobile games that you can play on a big-screen TV. 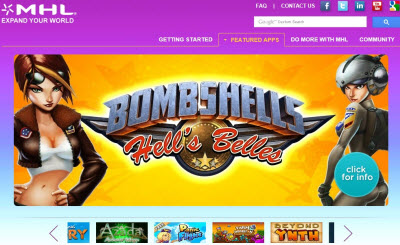 MHL (named after Mobile High-Definition Link) uses a cable that links a smartphone via a micro universal serial bus (micro-USB) connector to a TV via its high-definition multimedia interface (HDMI) connector. The cable, originally created by Silicon Image, has been created by a consortium of companies, including Nokia, Samsung Electronics, Silicon Image, Sony, and Toshiba. Together with mobile game controllers such as Moga, you could use the cables to turn mobile devices into game consoles or HD video players. MHL can be used with TVs, projectors and, PC monitors.

Sunnyvale, Calif.-based MHL, founded in 2010, has created a “Meet MHL” web site that provides an overview of MHL technology and a list of games that you can play on the big screen. MHL says it makes smartphones into game consoles and turns any TV into a smart TV.

It may sound like a hassle to connect a mobile device to your TV. And that is especially true when trying to do it over a wireless network. So the cable is aimed at simplifying the conversion. And it’s not such a crazy idea since consumers spend on average 17 minutes a day on a smartphone or 30 minutes a day on a tablet. They also spend 39 minutes a day on a PC or 43 minutes a day on a TV. By switching content to the big screen, the engagement becomes deeper and longer.

“When we saw such rapid traction of MHL in smartphones, our first concern was whether app developers could take advantage of the capabilities that MHL offers. This was the genesis of this program,” said Judy Chen, the president of MHL. “We’re pleased to see the enthusiastic reception with the game publishers and hope to expand this program to include more than just games in the future.”

With billions of smartphones and tablets shipped in the past few years, consumers have spoken – mobile devices are the indisputable computing platforms of choice, said Chen. They want to effortlessly move their content to new devices where it will play better. MHL’s 5-pin connector has no loss of clarity or fidelity and zero lag, the consortium says. And MHL can provide 900 milliamps of power back to the mobile device, allowing it to charge while plugged into a TV. More than 200 million MHL-enabled products are on the market and 160 companies in the ecosystem.