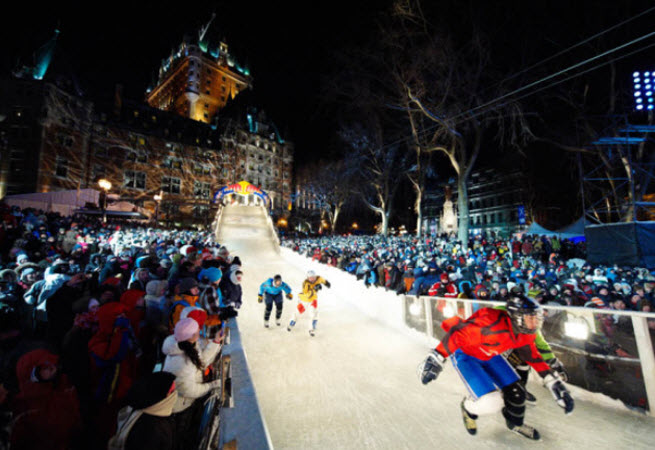 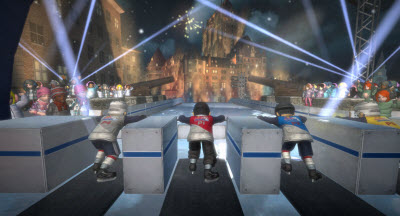 The Xbox Live Arcade game will be demoed at the PAX Prime show in Seattle, is based on the Red Bull Crashed Ice series, and features “intense winter sports party game experiences,” such as four-at-a-time multiplayer ice cross downhill on skates. Players can choose from five downhill tracks from previous Red Bull Crashed Ice World Championship events. Gamers can battle it out with other Xbox Live players on the Xbox 360 to become the worldwide champ.

The game uses Microsoft’s motion-sensing Kinect system for controls and replicates Red Bull Crashed Ice events (pictured above). It has split-screen multiplayer competition and a variety of party modes. Austrian developer Bongfish is creating Crushed Ice Kinect, and the studio also made the snowboarding title Stoked.

“For any developer, it’s a huge opportunity getting their hands on a fresh IP like Crashed Ice,” shared Michael Putz, Game Director at Bongfish. “Combining the nature of this unique sport with the power of Kinect should result in an outstanding experience and evolve digital sports to its next level.”

Crashed Ice arenas are made with thousands of square meters of frozen water combined with tons of steel and a huge cooling system. The first Red Bull Crashed Ice event took place in 2001. Courses are up to 500 meters in length, where four racers compete shoulder to shoulder over a steep downhill track with chicanes, jumps, and rollers. 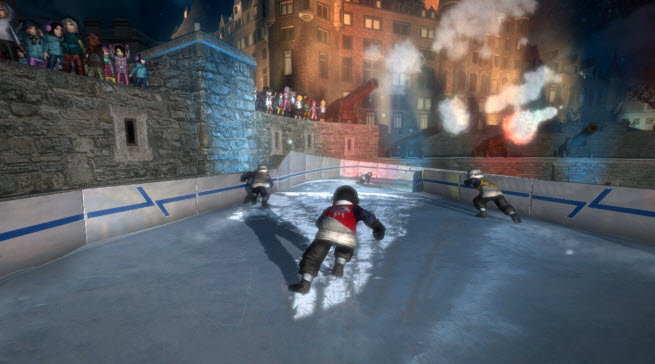