Microsoft has finally confirmed launch details for the 500GB and 1TB versions of its upcoming Xbox One S console.

Available initially as part of a bundle, the 500GB incarnation will be available August 23 for $300, initially only shipping with Halo 5: Guardians and Halo: The Master Chief Collection. The 1TB Xbox One S will also be available August 23, will ship with the Halo games or Madden NFL 17, and will cost $350. Both bundles can be pre-ordered starting today.

It’s worth noting here that the 1TB Madden NFL 17 bundle will only be available to those in the U.S. or Canada, while both the 1TB and 500GB versions that ship with Halo will be available in the U.S., Canada, Australia, and New Zealand. However, the 1TB Halo bundle will be limited in the U.S. to select Microsoft stores. 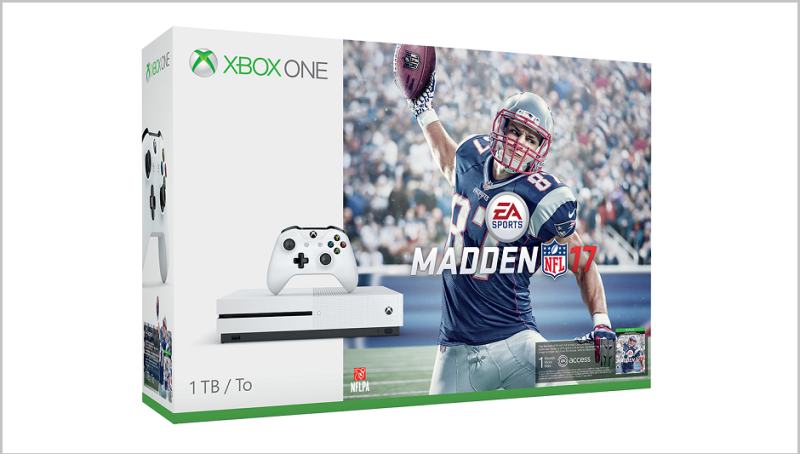 Above: Xbox One S Bundle

This latest announcement comes one week after Microsoft confirmed the 2TB Xbox One S would launch on August 2, priced at $400, in 25 markets. So today’s news that the cheaper 500GB and 1TB versions are limited to just a handful of markets will leave some people disappointed, though Microsoft did add that it will have news to share on additional markets next month.

The Xbox One S is 40 percent smaller than the original Xbox One console, which was announced back in 2013, and supports 4K and HDR video. Additionally, it will ship with a brand-new controller with better grips and increased range (this can also be purchased separately for $60). Many criticized the original Xbox One for its bulkiness, so the new version of the console could be well received, though whether gamers will be prepared to upgrade to a new console purely for its size and a minor boost in its specs remains to be seen.