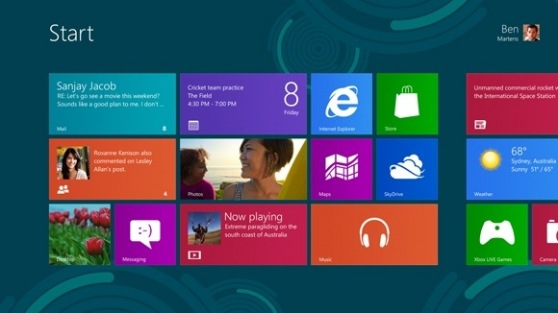 While Microsoft is hard at work trying to sell the idea of Windows 8 as a great gaming platform, some developers are still not convinced.

Just last month at the Casual Connect conference, Valve cofounder Gabe Newell called the operating system a “catastrophe for everybody in the PC space.” Newell wasn’t referring only to Windows for gaming. He was talking about the operating system as a whole. Much of his worry stems from concerns of Windows losing its openness. “I think there’s a strong temptation to close the platform,” Newell said, though his comments could be clouded by Valve’s announcement today that its digital distribution service Steam will begin selling nongame software in September.

Despite the criticism from developers, Microsoft is going to make a strong push for gaming with Windows 8. For starters, it’s already chosen to brand their built-in software, such as Minesweeper and Solitaire, as Xbox Windows, tying these to their popular console gaming platform. Its mobile Windows Phone 8 OS is getting a boost in the gaming department as well.

A Microsoft spokesperson for Windows told GamesBeat why the company believes the operating system is ideal for gaming. “With Xbox on Windows 8, we created easy entry points into the types of entertainment that you’ll enjoy, including games. The Games app prominently features your avatar, profile, friends and Gamerscore and allows you to explore your friends’ avatars.”

But Brad Wardell, the CEO of Stardock, a company that specializes in Windows software and games such as Sins of a Solar Empire and Elemental: War of Magic, used words like “schizophrenic,” “obnoxious,” and “nightmare” to describe the OS in a piece he wrote back in March, “Three Killer Problems That Threaten Windows 8.” To Wardell, Microsoft doesn’t seem to know if Windows 8 is a tablet OS or a desktop OS. He feels it tries to do both, but neither very well. However, Microsoft seems to argue the benefits of Windows 8 offering multiple methods for input, such as touch and accelerometer support, and that both vital for tablet and mobile gaming.

GamesBeat reached out to Wardell for an update in light of Newell’s comments, and he e-mailed us the following statement: “I concur with Gabe. Windows 8 is trying to be all things to all people, and thus failing to be good at anything in particular. We hope to release software that will make Windows 8 more usable for desktop users, but I’d prefer if Microsoft had a more coherent strategy in the first place.”

Indie developers also fear Windows 8. Minecraft creator and founder of Mojang, Markus “Notch” Persson, had his own things to say in a recent open exchange with the Reddit community. His concern mirrors Newell’s. “If Microsoft decides to lock down Windows 8, it would be very, very bad for indie games and competition in general,” Persson said. He added that if platforms remain open, it will keep game development interesting not only for indies but for triple-A developers as well.

Many developers argue against a closed platform in which content makers would have to sell their software in the Windows 8 Store, which is essentially the App Store approach. It’s a strategy that’s worked for Apple. With this store content makers would pull in a 70 percent share of revenue while Microsoft gets the other 30. Software that pulls in a certain amount (not yet specified by Microsoft) will be upgraded to an 80 percent cut. This likely seems like a fair deal for Microsoft as they offer the means of distribution, and a storefront for developers’ products to be seen.

Speaking at QuakeCon 2012, id Software boss and cofounder John Carmack said that Windows 8 added nothing of interest and gave him no reason to consider the platform.

During this years’ annual video game tradeshow, the Electronic Entertainment Expo, GamesBeat spoke with Windows 8 project director Christopher Flores, who said, “Windows 8 is able to serve both hardcore and casual gamers, with the power you’ve come to expect from a PC.”

Microsoft also plans to offer backward compatibility for older Windows games in order to ensure that users don’t lose access to previous purchases. It was also announced during E3 that Unity Technologies will be supporting Windows 8 with their tools and game engine. According to Microsoft, it “will support specific Windows 8 features and functionality,” such as touch, accelerometer, gyroscope and Xbox Live titles. The pre-beta version is already in the hands of a limited number of developers.

Microsoft also told us that 2K Play is already “looking forward to seeing what their games can do on Windows 8 when it ships, and one of the first titles they will be delivering for Windows 8 is GridBlock.”

We were also directed to the Windows Dev Center’s “Why develop a game for Windows” page, which argues that developers can reach a large audience, create content that works with a variety of input devices and a range of hardware, and use technologies such as HTML5 to make things people will play.

Until now, software developers enjoyed the openness of the Windows platform. How it will affect them in the long run is still hard to gauge, but many of them don’t seem thrilled.