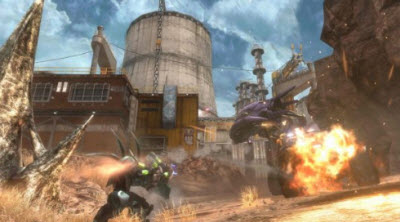 Xbox manufacturer Microsoft accidentally launched a new landing page that included new games that will be announced at the Electronic Entertainment Expo today — including the next iteration of the company’s wildly popular Halo franchise.

A new Halo game would be a big announcement for Microsoft, which recently took over the development of the Halo series after it created in-house gaming studio 343 Industries. It puts Microsoft in direct competition with powerhouse developers like Activision-Blizzard and Electronic Arts, which have extremely popular first-person shooter games like Battlefield and Call of Duty.

“The news millions of Halo fans have waited for: Halo 4 is on the way,” the site said before it was taken down, according to a number of reports.

The Halo franchise is considered partially responsible for making first-person shooter games, where users control a character and see the game through that character’s eyes, more popular on home gaming consoles like the PlayStation 3 and Xbox 360. It popularized a number of features in first-person shooter games that are now staples — such as regenerating health over time and only carrying a limited number of weapons.

The Xbox 360 manufacturer already leaked information about three of the games that the company would present on stage at E3 this year — including a Disneyland adventure and a long-awaited motion-controlled Star Wars game. Those games were designed to bring motion-controlled gaming to an even broader audience, taking a page out of Nintendo’s playbook as the company has tried to attract more casual gamers.

Dance Central 2, a sequel to a launch title with the Kinect that lets players dance and records their moves and grades them, was also on the site’s landing page. It also featured Kinect Sports Season 2, another sequel to a popular Kinect launch title that includes a number of sports mini-games. The company is making a strong bet that its popular motion controller will continue to be a core part of its business this year, based on those early announcements.