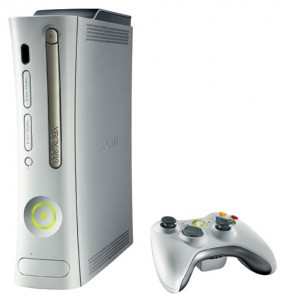 The long-awaited Jasper-based versions of the Xbox 360 have finally emerged on the market. These new consoles have a redesigned motherboard with the new 65-nanometer version of the ATI (now AMD) graphics chip that doesn’t run as hot as previous versions. There are other changes that improve the reliability and usability of the system as well.

With the new design, Microsoft has a chance to rise above the problems associated with the Red Ring of Death, as chronicled in VentureBeat’s six-part series on the subject. We’ll see if the systems prove reliable. But logically, they should be a lot better. The graphics chip will likely consume less power than previous versions, allowing it to fit snugly into its motherboard socket. That should lead to fewer system failures due to the graphics chips coming loose.

The new graphics chip will also be smaller and cost less to make. These changes and others lower the overall system costs. That’s why Microsoft was able to cut its price on all of its Xbox 360 models in September. These new Jasper models come with 256 megabytes of internal flash memory, which is used to store all of the New Xbox Experience dashboard. The NXE doesn’t have to be stored on a hard drive or external memory unit and can thus work with even the Xbox 360 Arcade model without a hard drive. You can also use this internal memory to store Xbox Live Arcade saved games.

Older models had just 16 megabytes. Also, they have a 150-watt power supply, less than the earlier versions with 175 watts. These power supplies have a different plug so that you won’t confuse them with older versions and plug the wrong one into a machine.

The previous versions of the Xbox 360 had a 90-nanometer graphics chip that proved unreliable due to overheating issues. Those models were still in inventory in warehouses and at retail. So it has taken several months to flush those out of the system. Still, it’s not clear yet how you can distinguish the Jasper models from the older Falcon-based machines, but I assume it will have something to do with serial numbers listed on the boxes.

What exactly was wrong with the older 90-nanometer graphics chips and the boards that came with them? I’ve gotten some new information on that. The main failure cause was “thermal fatigue” of the leaded C4 connections between the graphics chip die and its organic carrier. The underfill had too low a glass-transition temperature for the amount of heat generated. That caused cracking over time, resulting in graphics chips coming loose.

In previous versions, Microsoft addressed this with better heat sinks. The temperature sense diode was off in a corner and didn’t reflect the true temperature in the core regions. Jasper has shifted to a material with a significantly higher transition temperature. Coming up with this fix took time, since the new material had to be identified and tested. The smaller 65nm chip die also helps since the stresses that cause the thermal fatigue are related to size.