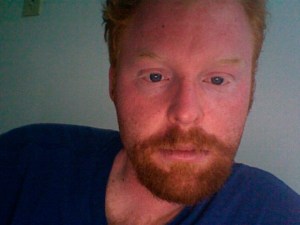 Robert Delaware was the only named Microsoft worker (a contract employee) who talked — without permission — to VentureBeat for our story last week on the Xbox 360 defects.

Microsoft had him fired on Wednesday. Delaware worked as a game tester at Microsoft but was employed by the temp agency Excell Data. He reported directly to a Microsoft manager, who told him he was being let go because of the VentureBeat article.

Delaware, a 29-year-old Seattle resident, expects to face civil charges from his former employer VMC (which tests games for Microsoft) and Microsoft as well. He will likely have to hire a lawyer. Microsoft spokesman David Dennis said the company does not talk about personnel issues.

“I don’t regret it,” he said in a phone call on Thursday. “I’ll fight it. If they want to come after me, bring it on.”

Delaware bravely decided to come forward and talk on the record for our story about the many problems associated with the launch of the Xbox 360. He talked to me about how he learned about problems with the hardware while working as a game tester for VMC. He worked there from 2005 to the fall of 2007. He left to join a start-up, Whrrl, and then returned to the game testing job at Excell, working for Microsoft, this summer. During his time at VMC, he saw how Xbox Live updates embedded in retail games could turn working consoles into worthless hulks. I found his remarks to be refreshing and candid.

He later moved to work for Microsoft, testing games for its Bungie studio. Clearly, from a legalistic point of view, Delaware broke company policy and it is the company’s right to fire him (he fully knew the risk he was taking, based on multiple conversations I had with him about using his name).

But this kind of witch hunt mentality is wrong-headed. People like Delaware are more useful hunting down bugs and fixing problems. I think the company really should apply their energy in different directions, like making sure that consumers are treated right. The firing disappoints me, and I wish Delaware well.

Delaware said he got some positive feedback at work about the story. On Friday, he believed a couple of people were arguing about his involvement in our story. But nothing happened until Wednesday, when he talked with his boss and communicated with an HR rep for Excell Data on the phone. The HR rep was the one who told him that he would likely face legal trouble.

When I was thinking about making a difference with our story, this isn’t what I had in mind. But there has been a lot of feedback on my story from angry consumers. Asked if I should write a story about this firing, Delaware said, “Rock and roll. It feels good. It was the moral thing to do.”

Updates on other fallout from our story

Tom Prettyman, a 24-year-old network administrator in Hamilton, N.J., wrote in to tell me that he has gone through 11 failed consoles. The first one broke three days after he bought it in November, 2006. It happened so many times that he bought the extra $60 warranties to get the machines replaced for free early on.

“I want to thank you for writing about this,” he wrote. “Especially in this day and age when investigative journalism seems to have become a thing of the past”

Prettyman wasn’t aware that there was another guy, Justin Lowe, a 22-year-old student in Pembroke Pines, Fla., who also had 11 broken consoles. His twelfth console, sent to him by the advertising team at Microsoft for free, has problems reading game disks.

A few people really didn’t want to hear about the defect problems again. But I heard from a lot of people who believed passionately that telling the story was the right thing to do.

Rob Cassingham, who had seven consoles break on him (as we noted in the story), wrote in from Moab, Utah, to tell us that he has now had eight break on him.

Jason Miskimins alerted us to a problem that results in a console failure but apparently does not lead to the Red Ring of Death problem for which Microsoft will offer free replacements. Miskimins says this “black screen of death” problem isn’t covered by the warranty and Microsoft charges for fixing the problem.

The story has spread pretty far. A writer in Poland asked if it was OK to translate it into Polish.