Microsoft Flight Simulator is coming back.

To the delight of flight-sim fans, Dovetail Games has licensed the exclusive rights to make all-new flight games using tech from Microsoft’s series. A new game is expected to debut in 2015, and the gold edition of Microsoft Flight Simulator X is coming to Steam. If it can revive the franchise, it could turn into a lucrative business and teach big game publishers a lesson in how to make fans happy.

Microsoft’s Flight Simulator games were a staple on the PC for decades, but it took a nosedive in popularity and the company discontinued the series in 2009. It tried for a revival with Microsoft Flight in 2012, but that game did poorly, too.

The games were great for training pilots and introducing young people to flight, but they were regularly panned as boring in comparison to combat flight simulators. But the whole category, once a vibrant part of the game landscape, has declined in popularity. 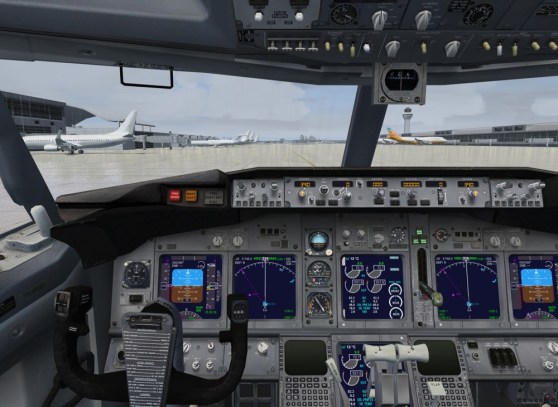 “I am delighted to be working in partnership with Microsoft as part of this agreement,” said Paul Jackson, the CEO of Dovetail Games, in a statement. “We are thrilled to be exploring new flight simulation opportunities using Microsoft’s technology, and look forward to using our extensive expertise of Steam publishing to successfully bring Microsoft Flight Simulator X: Steam Edition to a broad new audience on the Steam platform. This partnership is perfectly timed to support our expansion into new areas of simulation.”

“When it comes to licensing our simulation engine, Dovetail Games is the obvious choice for us to work with. We respect their approach in terms of delivering premium quality simulation games and look forward to seeing their vision of the next chapter in flight simulations unfold,” said Kevin Perry, the executive producer at Microsoft, in a statement. “In addition to that, they have repeatedly demonstrated the ability to launch simulation products successfully via online platforms, making them the ideal partner to distribute Microsoft Flight Simulator X: Steam Edition.”