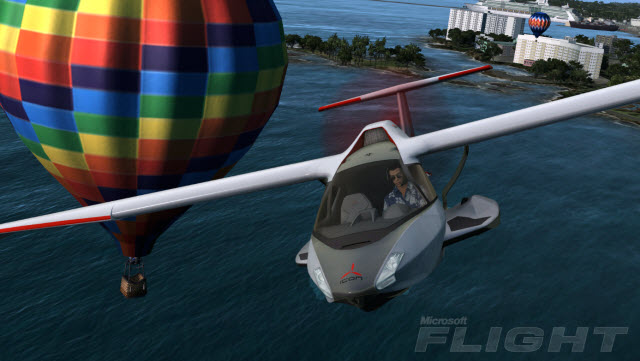 In the age of blockbuster games, flight simulators have fallen by the wayside. They had their share of hardcore fans, but catering to them drove the games into smaller and smaller niches until most game publishers decided it was no longer worth the effort. 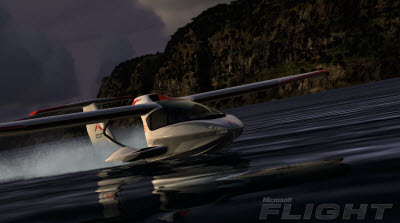 But Microsoft, the creator of the long-running Flight Simulator franchise, is jumping back into the market with a free-to-play title that it is previewing today: Microsoft Flight. As the title implies, this is no longer a game for simulator fans, who demand the utmost realism and all sorts of hard-to-use options. Rather, it is a simpler game aimed at the masses who enjoy the experience of flying.

If this new version of the game works with the new business model — where users can download the initial game and geographic region for free and then pay to unlock other features — then the company could restore a 29-year-old franchise and bring it into the modern age of games. And that could mean a lot of new revenue, as Microsoft has sold millions of the previous games.

The new game will be far different from Microsoft’s Flight Simulator X, the tenth version of the game that debuted in 2006.

“This is a whole new product about the magic of freedom and fun of flying,” said Joshua Howard, executive producer of the game at Microsoft’s new game studio for the Flight franchise. “It’s for new audiences that include any people who look up in the sky and think airplanes are cool.”

The game is a surprise in part because Microsoft shut down its Aces flight simulator game studio in January, 2009. The thinking at the time was that flight simulation was a shrinking market, and it was better to put talented game designers to work on games in more popular genres. But in the past year or so, Microsoft has pulled together many old Aces veterans to create the new free-to-play game, which is consistent with the way many gamers want to pay for games these days. Players want to try a game out before plunking down money, and then they want to spend in small increments as they enjoy the game. 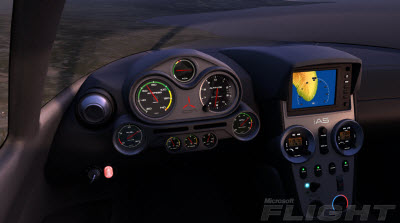 Howard admitted that past products in the family were “obtuse, dense, and hard to get into.” The dropping of “Simulator” from the name was intentional. But underneath the hood, the game still has all of the same realistic fight mechanics that earlier games had. You can turn off the flight assistance and take control of more cockpit instruments if you have mastered the more difficult aspects of flight.

“It is wrapped in a more game-like experience,” Howard said.

For instance, you don’t need a joystick to play the game. You can fly using a mouse, simply by pointing at a spot in the sky where you want the plane to fly. The aircraft responds to your mouse moves. You can also attach a joystick if you prefer. You can download the game for free over the internet and you don’t have to register when you start playing. The goal is to make the game as accessible as possible. 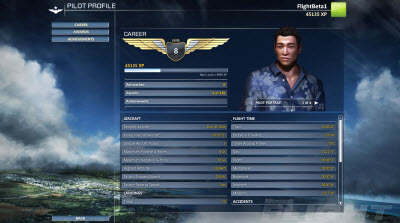 While past games came with huge swaths of territory, this game starts small. You fly over a beautifully rendered Big Island of Hawaii. With a computer with decent graphics, you can see white ripples on the waves as they approach the shore. The streets, railways and rivers are all accurate. The main landmarks and buildings of the island are all rendered accurately, though you won’t see signs and ads for real places. It’s a smaller space than previous games provided, but it is gorgeous. As far as aerial sightseeing goes, Microsoft couldn’t have picked a better location for the initial game.

If you want to upgrade and pay, you can buy the other islands of Hawaii. But the territory of the Big Island is still pretty large and allows for plenty of open free flight. You can see for miles, and the trees are fully populated as far as you can see. In past games, the trees were added when they came within a certain range, creating a popping effect that was jarring and completely unrealistic to gamers. Now the visuals are much better. You can modify the weather or the time of day, flying in beautiful blue skies or in a torrential storm at night. 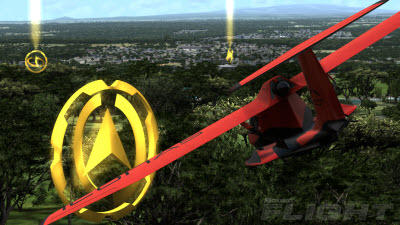 The game has a tutorial mode that teaches you how to fly through rings. The flying coach verbally tells you to throttle up when you climb and offers other tips as you perform certain flight routines.

You can also go on missions such as landing your aircraft on a runway. When you do so, you get achievement points. The game has a number of prizes strewn throughout the terrain. These “aerocaches” are hidden rewards that you get if you fly through them. Some of them are hard to get, as you have to fly near treetops or buildings. So it takes some skill to get them all. You can unlock more missions the more you play.

The game allows you to crash your plane, but you don’t get to see the explosive consequences. Crashing, Howard said, is not something that Microsoft chooses to glorify. It’s not at all like the car-crashing game Burnout in the sky. Your plane can go into a spin and you can recover from it. 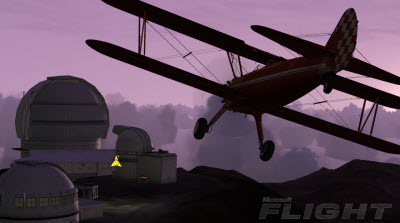 And there is, of course, no combat. You can play for just five minutes, collecting as many of the 25 rings as you can in a mission called Gold Rush Hilo Bay. The idea is to provide would-be pilots with “consumable, repeatable experiences,” Howard said.

The missions are rated, with added difficulties that include wind, reduced visibility, night flying, and storms. There are some nods to hardcore fans as well. The icons for airports are correct in terms of actual aviation icons.

The game comes with a newfangled aircraft that is not in production yet. In real life, the Icon A5 (pictured at top) is a consumer aircraft that is easy to fly. Dubbed a “Jetski for the sky,” it will cost about $140,000. Production starts at the end of 2012.

You can also fly a Boeing Stearman N2s biplane (pictured right) from the World War II era. In order to get that plane, you have to sign into Games for Windows Live. If you are connected that way, you can also join multiplayer games and fly with other players. More airplanes will be available over time with maybe one or two arriving per month. 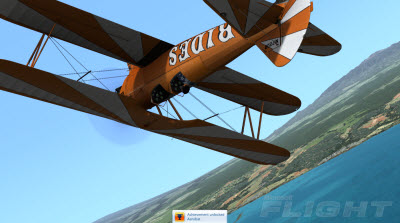 The game gets more interesting as you decide to handle more tasks yourself. You can have the game handle mixture of your fuel in an automated way, or you can learn to do it yourself. The game simulates propeller effects, smooth braking, and increased stability for new pilots. The cockpit dashboard is accurate and the game has authentic piloting procedures.

“You can decide on how much assistance you want,” Howard said.

That’s a hefty PC, but the requirements are in line with mainstream computers that have been purchased over the last year or two.

Overall, the game is a lot more experimental than past Flight Simulator games sold at retail. But offering the game as a free-to-play title opens up new options for experimentation and innovation, Howard said.

“This is the right way to deliver an experience that reaches a broader number of people,” he said. “It’s a new muscle we are exercising.”