Another show will be about Bonnaroo, a round-the-clock live airing of a giant music and arts festival. It will air on Xbox Live from June 13 to June 15 in partnership with Superfly Presents. The video show will be exclusive when it comes to showings of the performances, multiple stages, and impromptu jams. Tellem said that viewers will be able to get a virtual experience, meaning they will be able to select different camera angles for viewing the concert and watch backstage activity, too. Fans will be able to talk with each other via Xbox Live while watching the festival.

“You’ll have a chance to do Skype interviews with the bands backstage and ask the questions,” Levin said. “Music is obviously important to younger audiences, and we will learn from this and build on this experience.”

But it’s “without the porta-potties” of the live event, Levin said. Tellem added, “Think of all the people who didn’t make it to Coachella or festivals like that.” 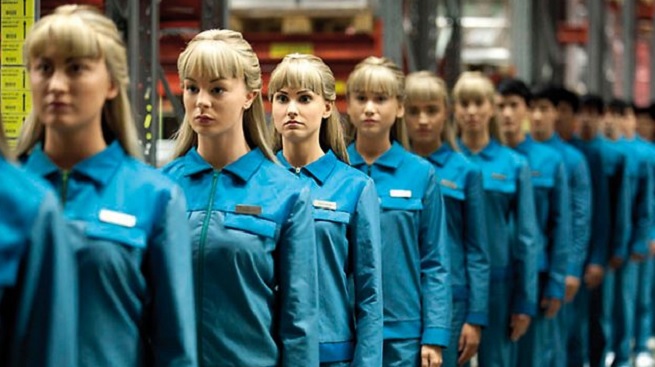 Above: Swedish version of Real Humans

Then there’s a new TV drama series based on a successful Swedish TV show. Humans is a show set in a parallel present where people buy the services of human robots dubbed Synths. These servants perform tasks eerily similar to the way real humans do, but they can be used for things like cleaning or sexual slavery. U.K. production company Kudos (The Hour, Utopia, Broadchurch) will produce the hour-long, eight-episode series, which will share a première broadcast window on the Xbox platform and Channel 4 in the U.K. in 2015. U.K. broadcaster Channel 4 is co-producing the show.

“What we like about Humans is not only the action but also the characters,” Tellem said. “Looking for prototypes, it’s like Game of Thrones or Walking Dead or Breaking Bad. Not only does it appeal to the millennial man, but it also appeals to women as well. As we’re looking at all these scripted series, we look through that lens. You don’t want to limit yourself as far as where you look.”

Casting for Humans begins in May 2014, and production will start in the summer. (I’m going to audition for this one).

Another show with the working title Fearless is an unscripted series currently in pilot production starring Paul de Gelder, an Australian Navy bomb clearance diver who survived a shark attack. He recovered and trained himself to use prosthetic limbs. He will go on a quest to profile people who risk their lives to make the world a better place and sometimes try to do what they do even with his missing limbs. Fearless will be produced by Australian production company Cordell Jigsaw Zapruder (CJZ). 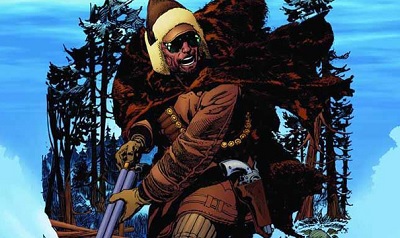 The next show is Gun Machine, a hard-boiled detective thriller based on The New York Times best-selling novel by Warren Ellis. Ellis will executive produce with Brett Conrad (The Killing, Sons of Anarchy, and Netflix’s upcoming Marco Polo), who has signed on to write the pilot script about a detective tracking a serial killer who is tied to a mysterious collection of guns used in infamous New York murders.

An untitled live comedy show, dubbed JASH Comedy for now, will follow the comedy troupe created by comedians Sarah Silverman, Michael Cera, and Tim and Eric and Reggie Watts. Each week, a different comedian will host a show like Saturday Night Live. Daniel Kellison of Jimmy Kimmel Live will be the executive producer. The series has a pilot underway and will begin shooting in June.

This show takes animated characters from a fantasy world and transports them into modern-day Venice, Calif. Film crews go out with improv comics and do live shoots with real people. Then the animated characters are superimposed on the comics in the final show that airs.

Lastly, Xbox Entertainment Studios and publisher IDW Entertainment are developing Winterworld, a limited-event, live-action series based on the graphic novel series Winterworld by Chuck Dixon and artist Jorge Zaffino. In the novel, our world has been encased in ice, and the surviving humans have formed tribes that war, enslave, and trade with one another in an effort to survive the infinite winter. Ted Adams and David Ozer from IDW Entertainment and Rick Jacobs and Dave Alpert from management and production entity Circle of Confusion (Walking Dead) will executive produce.

Tellem said that the company iss also considering making dramas based on a number of Microsoft game properties, including Fable, Gears of War, Age of Empires, and others. Microsoft has acquired the rights to the Deadlands pen-and-paper role-playing game. Created by Shane Lacy Hensley, Deadlands is a genre-bending alternative history of the “Weird West,” with undead gunfighters, card-slinging sorcerers, mad scientists, secret societies, and fearsome abominations.

“There’s another pool of intellectual property that we’d be fools to overlook, and that’s the treasure that is the various game properties that Microsoft owns,” Tellem said. “This is by no means to suggest that we are going to develop every single one of these franchises into more than games. But again, just to give you some insight, these are properties where we’ve started to meet with the game studios, started to meet with the creative heads and the brand managers at those studios.”