This holiday season will be a critical one for Microsoft as it launches its newly announced Xbox One X. And to show off that new console, Microsoft will launch Forza Motorsport 7 on October 3 as one of the flagship games.

Forza will run at a native resolution of 4K at 60 frames per second, and it will consume a lot of the new console’s 6 teraflops of computing power. With that extra power, Microsoft’s Turn 10 Studios will be able to render drivers in full detail for the first time, and the developers can add new details such as windshield wipers that rattle under intense speeds.

Dan Greenawalt, creative director at Turn 10 Studios, is one of the key leaders behind this important Xbox franchise. We caught up with him at Microsoft’s Xbox showcase ahead of the Electronic Entertainment Expo (E3), the big game trade show in Los Angeles this week. 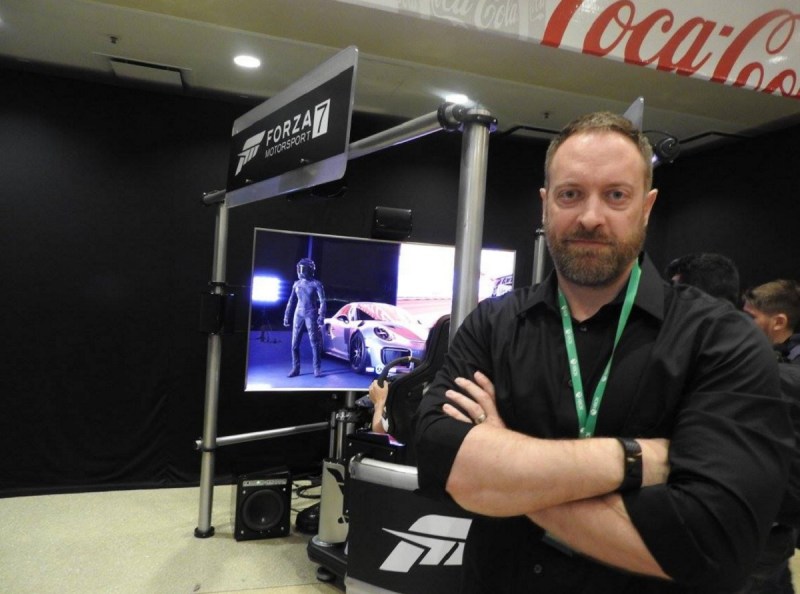 Above: Dan Greenawalt is creative director at Turn 10 Studios, maker of Forza Motorsport 7.

GamesBeat: Last time the emphasis was on the cloud and the Drivatar tech. So much has happened with AI since then, though. Where do you see that going? How much better do you think that tech can be for Forza 7?

Dan Greenawalt: The Drivatar tech is part of our Forza code base. It spans all our products. So we don’t really think about developing it necessarily in one game. As a result, we can work on things years and years in advance. In Forza Motorsport 7, a lot of long lead research is coming into play. Our goal is to make the Drivatar tech even more adaptable to how the player wants to compete. Not just mirroring how you drive, but actually, as a player, who’s in your race. How do you want them to drive? We’re making the opponents drive more consistently, if that’s what you want, or they can drive even more like your friends.

There’s more control, in essence, and you get more predictability if that’s what you’re looking for. It’s an incredibly advanced system. Even integrating that level of controls meant taming the ocean, kind of. It’s big data, right? It’s a huge data set. Going in to control it was a long lead research project.

Greenawalt: We’ve actually talked with other groups about AI in general because of that. I can’t name manufacturers, but there are some manufacturers experimenting right now with race cars in particular, getting those to drive quickly. It’s an interesting data set. In our game, we’re the developers, which means we control physics. It’s kind of like god mode. We control every aspect of the planet in our game. That’s something developers in the real world don’t have when they’re making a self-driving car.

We got a leg up. It’s easier for us. They have to adapt to things in real time, whereas we can predict them with great accuracy. It’s pretty hard to predict the weather in the real world, day to day. But it’s been an interesting discussion. What I like is—Turn 10, as a Microsoft subsidiary, we not only have access to Microsoft research, at Cambridge and all over the United state, but Microsoft also partners with companies all over the world. It’s able to integrate technology from other companies and researchers. 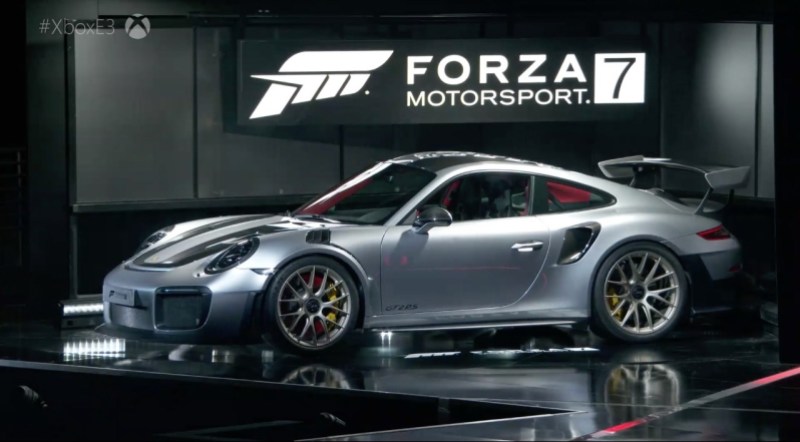 GamesBeat: You made use of the extra processing power here for things like the fully animated drivers.

Greenawalt: This is the first game we’ve built from the ground up for PC. At the same time, Xbox One X is shipping, which is the equivalent of a high-end PC that’s very well-optimized. That allows us to integrate technology like photogrammetry, to get better detail. Once you start targeting 4K, you find that certain things fall apart. Your shaders might fall apart, or texture detail. You’re not getting the texel resolution you want. We’re able to look at these new techniques, and once we’ve integrated them, they’re on lower-end PCs as well, or even the Xbox One and Xbox One S. We made the game look better on all devices by doing the 4K research, which is very cool.

As far as drivers animating, that’s on everything – high-end PCs, low-end PCs, Xbox One, Xbox One X. They all have animating drivers, with amazing shaders on their suits. You can customize your suit as well.

GamesBeat: What else will players notice, even if they don’t have as sharp an eye?

Greenawalt: Some of our players notice with their hands. They really feel how the cars perform. The physics feel incredible. We already have legendary feel, but we’ve done even more work with Porsche to make the feel of the cars incredible. We’ve done more research products with things like dynamic change of heat, as well as the rain collecting in places – puddles flowing up and down. People are going to notice that it feels differently.

As far as the way it looks, the dynamic light in HDR—holy mackerel. The game looks incredible in HDR. 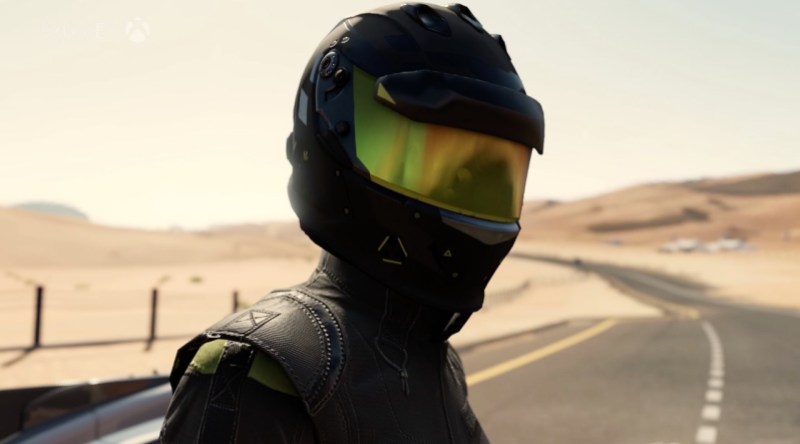 GamesBeat: You have that big rig out there, the simulation rig. Is that something that can also get better, if you’re improving your physics and so on?

Greenawalt: With this being the first Motorsport game built for PC, being able to integrate peripherals of all kinds—basically, all of the wheels that I’ve seen requested by our fans, MOMO, Logitech, everything else, those work on PC. Of course we also have the electric/pneumatic setup. That sled’s really cool to drive on. But that’s what PC gamers are often looking for. They want that configurability and changeability, all the options.

Greenawalt: This is a tremendously exciting time to be a part of Forza. With Forza Horizon 3 just breaking out, becoming an incredible hit—that’s built on the same technology. Being able to bring gamers 700 cars, this huge collection of supercars, and also a new career mode that’s really engaging to bring people in. But the thing I’m most excited about is going to Le Mans this weekend. There will be esports racers crowned at the Le Mans podium. That’s a historic moment, and it’s about gaming, the rise of gamers. It’s a cool moment for gamers, to be holding up a trophy at the Super Bowl of racing.

GamesBeat: It was cool to see the new Porsche debuted at your event last night, too.

Greenawalt: Yeah, another historic moment. All of that, again, was powered by gamers, powered by our fans. It didn’t happen because of us. It happened because of all the fans playing our game. 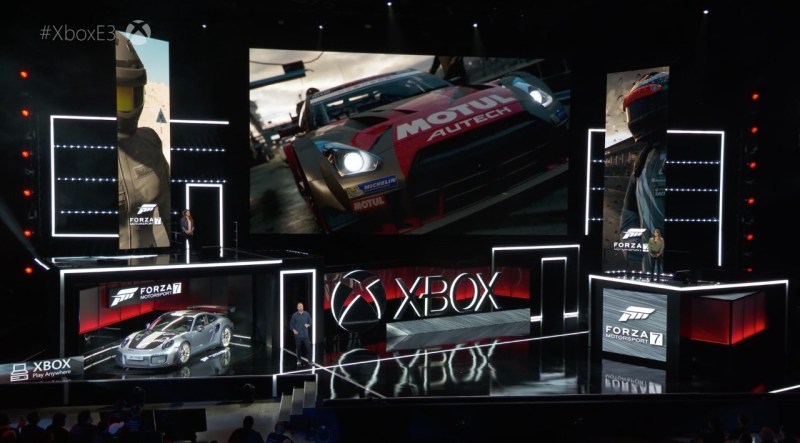