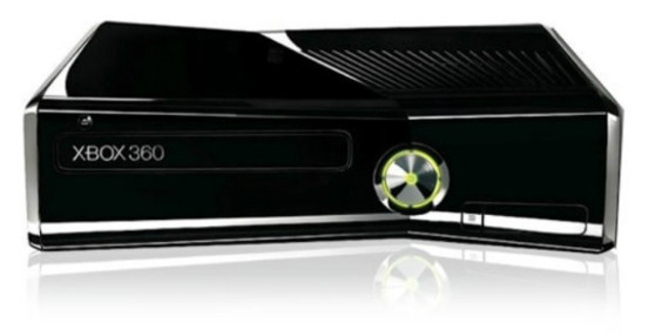 Microsoft reported its second-quarter earnings for fiscal 2013 today. The game and entertainment division pulled in more than $3 billion in revenue.

That 5.9 million number is not only down from 2011, but it’s also down from 2010’s 6.3 million Xbox 360s sold. It’s clear that the current generation of consoles peaked last year. It’s all downhill from here.

The hardware Goliath also reported that it still has more than 40 million Xbox Live members, although it didn’t specify how many of those subscribe to the Gold tier, which comes with a fee. 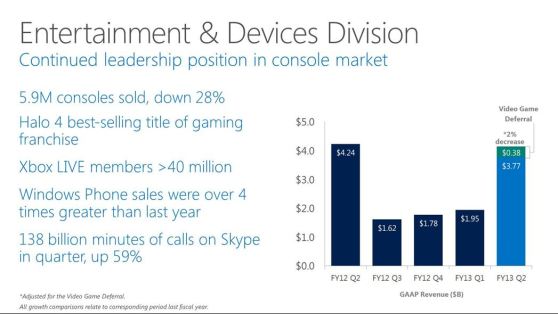 On the software side, Microsoft noted that Halo 4 is the best-selling game in that franchise’s history. That isn’t surprising, considering how many people have Xbox 360s. Halo 4 was selling to more potential players than any of the other games did. Microsoft and developer 343 Industries has at least two more Halo games in the works. The success of Halo 4 will provide assurance to the Microsoft that the series is worth the money it puts into it.

Microsoft will hold a conference call with investors today at 2:30 p.m. Pacific. We will update with any new information at that time.